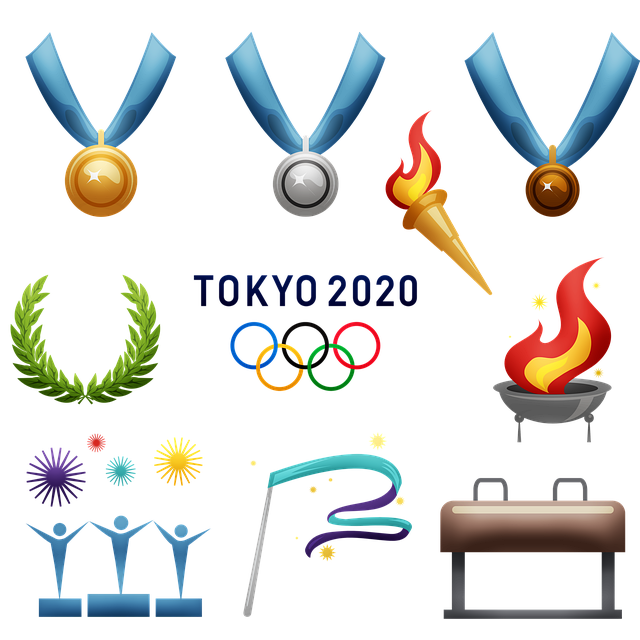 Image by Please Don't sell My Artwork AS IS from Pixabay

The Tokyo Olympics has had an arduous journey since its announcement in September 2013. While things seemed to go according to plan for a while, with broadcasting rights being extended and new sports added to the event, COVID-19 threw a spanner in the works.

The 2020 Olympics had to be pushed back a year and here we are, nearing the end of the Games, with controversy still lapping at its heels. A few months ahead of the Tokyo Olympics, Japanese lawyer and social activist Kenji Utsunomiya started an online petition to cancel the event. He cited the continued spread of COVID-19, the slow vaccination rollout, and the general disapproval of the nation and other countries as well. In as short as nine days, the petition gathered 350,00 signatures. However, the Games went on.

Truth be told, the campaign does have some valid points – we are still in the middle of a pandemic. There are, however, some other details to be considered. The state of emergency which has been implemented helps curb the spread of the disease. Participants are contained in a bubble. Having no spectators at the events decreases the threat of the illness. More people are now vaccinated.

As the past week or so has proven, the Summer Games is going beyond borders in providing a ray of sunshine into the lives of people. We certainly cannot speak for the Japanese people – especially the 78 percent (as of June 4, 2021) who declared their disapproval of the event – but the rest of the world does not have such a strong aversion, with an average of only 57 percent thinking the event should not go ahead in 2021.

This local public outcry had become toxic to the point that some athletes who actually support the 2020 Olympics are hesitant to share their opinion publicly for fear of backlash. As journalist Toshinao Sasaki wrote, “It’s unfortunate that athletes don’t feel comfortable saying that they want the Games to go ahead.”

There is something to be said about the current situation, though, as we continue to see the heartening effects that the Tokyo Olympics is spreading within and beyond the host nation as the Games go on. From the get-go, homegrown tennis player Naomi Osaka lighting the cauldron gave viewers the shivers. Athletes who have trained for practically all their lives have broken records – both personal and world.

It has even brought critical issues such as mental wellness and gender equality to the forefront.

US gymnast Simone Biles made waves when she withdrew from her team and the all-around final, citing mental health concerns that hamper her ability to perform her routines and potentially cause serious physical damage to her. The outpouring of support for the athlete – not only from her countrymen but from all over the world – embodies the unifying spirit of the Olympics. And, in a fairytale fashion, she made a comeback to win bronze on beam – her seventh Olympic medal.

The LGBTQ community is being heard as well, with at least 178 athletes competing at the Tokyo Olympics. This is higher than the number of publicly out LGBTQ athletes who participated in all of the previously held Olympics (Summer and Winter).

The Tokyo Olympics is an event that belongs to everyone – poor and rich nations, individuals of all genders, people with differing ideologies. It is a tad sad to see the negative attitude in the local environment and how the Japanese do not take pride in something so grand.

The mere fact that they have been able to pull of an event of this size in the middle of a pandemic is mind-blowing. In spite of not having spectators on-site, the Games draws billions of viewers from all over the world.

Even before the Olympics, the government delivered on its promise by speeding up the vaccination program. Indeed, they surpassed the inoculation rates of South Korea for the first time in July, with 30.8 percent of its population having received the first jab!

Looking past COVID, which we must learn to do if we are going to live to the fullest, there are other things that the Japanese people ought to be proud of.

Did you know that the medals given out in the 2020 Olympics are made of recycled electronic waste? As early as 2017, Japan was working on the “Tokyo 2020 Medal Project”, which was a nationwide drive involving both public and private sectors to collect used electronic waste like cell phones. By March 2019, the campaign had gathered 78,985 tons of e-waste – 6.21 million cell phones! Gold, silver, and bronze were then extracted from this waste and used to make the medals for the Olympics, highlighting the e-waste problem, another global issue.

How many Olympics host nations can say that they did something this impactful for the environment?

It may be human nature to easily drown in a sea of negativity, especially when in the face of a seemingly unending cycle of lockdowns and restrictions. Yet it is also human nature to find and discover things that make life worth it, isn’t it? The Summer Olympics comes with both good and bad, but surely, the entire world is much better with it.

Top Feature photo: Image by Please Don’t sell My Artwork AS IS from Pixabay