Today the combination of technology and social media is overpowering our daily lives and yet we have no hard evidence that it is making us closer as a species — although we probably do say more actual words now, utilizing the phrase, “have you seen my phone charger?” multiple times a day. This phrase has supplanted the old, worn-out phrase, “Let’s talk.”

We have more ways to communicate and less to say, thanks also to the rise in reality television, which has reduced our night-time conversation to mumbles and grunts. I’m just speaking for myself and the whole country when I say this.

Technology can be amazing. I refer to my iPhone as my “camera that I can call you on” — I love taking videos and pictures. It can be a bit tricky; my initial videos from my iPhone which were supposed to be featuring my dog, but were mainly 30 second clips of my nostrils and a confusing dialogue that went with it: “Just look at that – look at him run! Honestly, I’ve got the best one in this dog park! I just wish I had three more like him!”

Honestly, even Netflix has me baffled; I set up an account, but how do I get the movie off my laptop and into the television, like they said I could? I can tell you it is not by connecting the two with old cables from your old Nintendo; smoke happens when you do that.

I am diving a bit more deeply into Twitter these days, but was at first totally confused by the now-ubiquitous hashtag. When using the hashtag, am I starting a new conversation, or being clever or ironic, or actually signifying the number sign, or what? I was in a conversation the other day, and the other person actually said, using their voice, “It’s been a long week, hashtag I’m exhausted.”

Huh? I guess I shouldn’t be judgmental – I am now using texting language in my emails, substituting “u” for “you” and I’m always LOL-ing in my emails now. It may be possible that we are going full-circle in our evolution, and will soon be back to drawing symbols on cave walls (with what we are paying for all our cable services, caves may be the housing of the future).

Then Face Time entered my world and I was hooked. “Come on, Face-time with me,” I was always saying to my family, who were right in the room with me. “I need to practice.”

Note – it is almost impossible to look worse than you do on Face Time. It’s just a smaller Skype – your nose looks huge (now would not be the time to take an iPhone video of it), your eyes seem mis-matched, of completely differing sizes, and your chin has developed offspring that live just below it. Also, you spend a lot of the conversation saying, “We’re doing it!” like an extremely excited toddlers who has just used the see-saw for the first time.

My friend and I Face-timed once when she was living across the country and we spent our precious minutes saying, “I can’t believe I’m seeing you!” I disconnected from the call and then began to wonder, “hey, how, actually, is she? I forgot to ask!”

I love texting, but again, it is limiting our relationships, I fear.  “How u doing gal?” has taken the place of a phone call to really talk to my girlfriends. Also, thanks to auto-correct, I have sent out the following real messages: “I thankful to the sun’s pee,” “U talkin’ bout urban speedballs?” and “Baby farts make greta gifts.” Thank goodness the recipients of my texts know me and know that that is not what I meant. (Interesting tidbit: try typing the word “auto-correct” into your text window. The Man has made sure that you cannot screw it up! Oh, the irony! You can screw up every other word, but not that!)

There are positives to the new communication modes. I now know that my nostrils are shaped like kidneys. I know that if you do a Princess Diana-like upward gaze when Face-timing, with your phone well above your head, two of your three chins are less noticeable. (You also look like an astronaut, for some reason – extremely far away.)  I know that texting “love” still comes out “love.” So, one thing is consistent throughout time, and it is for this that we can be grateful – we will never stop reaching out for one another. Note: next week, I’m conquering Instagram!

Deirdre Reilly has written one humor book, and authored a syndicated family life column for Gatehouse Media for 13 years. She has won a Massachusetts Press Award for humor, her op-eds have been published in the Boston Herald and The Hartford Courant, and she has had short fiction published in literary journals. Deirdre was raised in Columbia, Md., and now lives outside Boston, Ma. She enjoys outdoor pursuits, and is obsessed with the care and happiness of a retired carriage horse named Nello that she bought for a few hundred dollars on a menopausal whim. 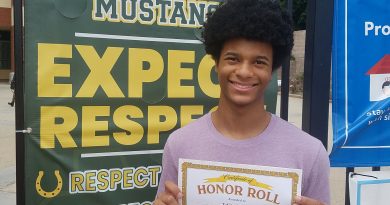 Pope Francis can get in line