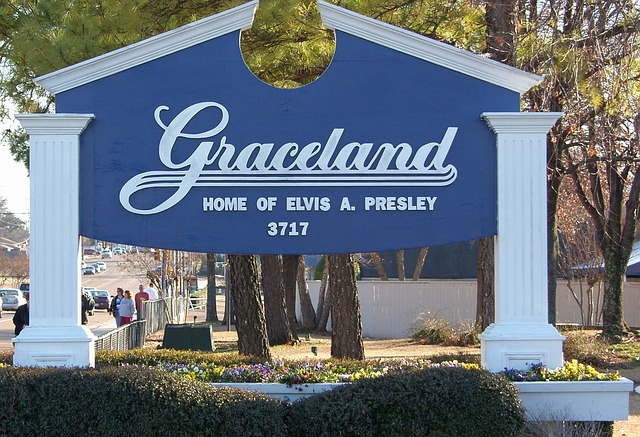 On Sunday, Jan. 8, Lisa Marie Presley delivered a speech at Graceland honoring her late father on what would’ve been his 88th birthday. She died of cardiac arrest after five highly stressful days related to her father’s great fame that she held on to and preserved with integrity and love.

Her death reminded me of her father’s death in 1977 when I was a young man about to enter the U.S. military, stationed four years in New Orleans.

The sweltering Texas sun blistered my arms as my buddy, Garth, and I headed north from Lake Whitney toward our distant hometown of Alvarado. We’d spent a few of our final summer vacation days on a 40-mile canoe trip from Whitney Dam to Waco – our first big outing since high school graduation the year before.The date was Aug. 16, 1977, and a rock legend died that day at only 42 years of age.

At 19, I knew a lot about Elvis Presley. During childhood, my brother and I would sometimes huddle on the bed around our old black-and-white portable TV late at night, under a tent made by the covers, and watch those fun Elvis movies. He was fascinating to us little kids because here was one cool cat. Polite to the old ladies but hell on wheels with the young ones.Of course, the whole reason for his fame were those earthshaking moves and vocals, backed by a rockin’ band in the early 1950s.

But his staying power and true vibrancy can only be explained by his uniqueness as a personality – and a quiet dignity, humanity and kindness.I recall a famous story featured in magazines over the years, in which an old black woman in Memphis stood gazing through the showroom window at a Cadillac dealership. Elvis, in his limo, watched the woman as his vehicle passed by, and he told the driver to stop.

He got out and approached this aged lady. She was stunned by the sight of this gigantic celebrity walking up to her.“Go pick out the color you like,” Elvis told her. And he bought it for her. You don’t often hear about that kind of generosity today. I guess it’s out of style to be kind like that. But really, for a whole lot of people, Elvis has never gone out of style.

You would have thought it was the Pearl Harbor attack all over again that day, when listening to my buddy’s car radio: “Elvis Presley, age 42, died of a heart attack today. …” We looked at each other, in shock for a few minutes.Like many stars, he popped pills and badly damaged his health.

He was caught up in that gigantic, whirling machine of a big name spinning out of control, and it cut him down – as it had many others before him, like Jim Morrison of The Doors; Jimi Hendrix, and Janis Joplin, et al.

Elvis slammed society hard when first hitting the scene with his pelvic gyrations, a menacing grin and a voice that could be tender and cruel in intensity. The younger crowd would just cut loose and have a real blast right along with him – though the old folks, and many preachers, considered him to be a wild man – a devil.My first job as a newspaper reporter was in the late 1980s at the Killeen Daily Herald. Elvis reported for duty at nearby Fort Hood on March 28, 1958, and my old editor interviewed him.

Elvis liked his story and invited him to his off-base house, still there today. A retired Central Texas police officer, Mort Milner, recalled those days with a grin.“We were young cats. We loved his music. When we’d get a call to go out to 605 Oak Wood, we knew Elvis was having a wild party. We loved going out there to visit and advise about the noise. He was a nice young fella’ …” he said.We were lucky that Elvis came along and jolted the music scene when he did, inspiring and propelling so many other future groups. The images of his beautiful youth, and the towering stature that he achieved, will always be a positive and colorful part of America. He wasn’t perfect, but he had a big heart. And after all, heart and soul – that’s what his music is all about.

Admiral John W. Flores is a disabled American veteran, and a journalist and author in the mountains of northern New Mexico. He is a recipient of the U.S. Navy Public Service Award — presented to him in a 2009 ceremony at the 4th Recon Battalion HQ. The citation was signed by then-Marine Corps Commandant James Conway.