For being the shortest month of the year, February managed to squeeze a lot into it. In case you slept off the month, there was a Super Bowl and impeachment, hell (or at least Texas) froze over, confirmations, an air strike, and a landing on Mars.  It just shows if we took three days off of the remaining eleven months, we could get a lot more done and then take a thirteenth month off to recover.

For now, you will have to settle on my fan mail to help take your mind off what you have to do this month.

Dear Jim,
What do you know about CPAC and why is it such a big deal?
Just Wondering

For those who do not know what CPAC stands for, it is an annual conference for members of Conservative People Are Crazy. It’s basically a weekend where crazy white folks who think the election was stolen from Trump get together and see who can say the craziest, most outlandish remark that will land someone 15 minutes of fame and a nice tweet from Trump.

If you think a weekend where people come together dressed as their favorite comic book superhero is nuts, try seeing what it is like to be in a convention hall filled with hypocrites wearing MAGA hats, blue suits, and lapel pins of the Confederate flag. If you go, you can attend special sessions with catchy titles like, Jesus Was a White Fascist Just Like You, or The 10 Commandments Are Really Just Suggestions, and my favorite, There is No Crime Being Rich If You Are White.

CPACers congregate for a weekend with the big climax being the appearance of a loser they call a winner, but who is really just a whiner looking to steal money from idiots who have no clue the guy they worship is a total tool.

Dear Jim:
Have we gone too far with political correctness? Is the world a better place with a gender-neutral Mr. Potato Head?  Thanks.
Half Baked

I think it was the correct thing to do when you stop to think about it. Why was there ever a Mr. and Mrs. Potato Head when there is no such thing as a male or female potato? We are not talking Barbie and Ken who never had any genitalia to begin with. We are talking about a potato, or as Dan Quayle would write, P O T A T O E.

Hasbro, the company that produces one of our favorite spuds has every right to name it anything they want. The public can decide for themselves whether to purchase the new gender-neutral tater or move onto another toy, most likely one that involves the use of an electronic device.

Dear Jim,
Liberals are going to destroy this nation. Raising the minimum wage to $15.00 an hour and wiping out college debt is not the way to make this nation strong and healthy. What say you?
A Pissed Off Employer

A minimum wage increase is long overdue and if it is not bumped up to $15.00 an hour which has been argued now for several years, it will soon be time to increase it to $20.00 an hour. Try living on $600.00 a week and see where that gets you on a month-to-month basis. If you run a business and the increase in wage cripples you, well, I believe that is called capitalism. You see, the people who work for you are employees and not slaves, indentured servants, or lazy schmucks. You can cut back on your staff and see how that goes or close up shop and take a job for $15.00 an hour and see how that works for you.

As for college, I will try to keep this short. One of my kids graduated in 2011 from the same college I graduated from in 1981. Her final year there cost more than my four years attending the same institution.

Our public schools do a disservice pushing the importance of a college education onto kids. Most people who graduate today from college will have at least $60,000.00 in loans to pay off. Over two-thirds will never work a job in the field they studied. After decades of pushing the importance of a college degree, today, a BA is worth no more than a high school diploma was when I graduated in 1977. In a few years, an MA will be of little value and the once nearly impossible PHD is now available for anyone who wants to take classes online. And did I mention colleges have rigged the system to where now it is nearly impossible to graduate in four years.

A college grad will not just have to pay off a student loan, they will soon need to pay off a car loan so they can commute to work. Their low wages will mean living in an apartment with roommates (sounds like college life) instead of being able to save money to purchase a house. Should this college grad get married, by the time student loans, car payments, credit card debt, and bills for kids are paid monthly, they can attend their 25-year high school reunion and bump into all the others who directly entered the workforce. They will be just as poor as their non-college graduating friends only, they will be pissed at a world that sold them a bunch of crap while their non-college attending friends will just be pissed they did not go to college.

What I am getting at is our system is broken and we cannot keep doing things the way we always have and call it progress. Increase wages, wipe out debt, and quit selling our youth a lie that only makes a few wealthy and far too many poor.

Dear Jim,
Have you received your covid vaccine yet? If so, how was it? If not, do you plan to get it soon?
Covid Curious.

No, I have not. My wife got her two shots and the second one knocked her on her butt for a good day with flu-like symptoms.  While I am no fan of the flu, I am also no fan of something much worse so I will get mine, hopefully sooner rather than later. Until then, I find walking around in public wearing a full wetsuit and SCUBA apparatus sufficient for my safety.

Dear Jim,
A sports question for you. What are the chances Tiger Woods makes another comeback from the injuries he suffered in his recent car accident? As it stands now, he is tied with Sam Sneed for the most tour wins ever and with one more victory, he will be the all-time PGA winner.
Golf Digester

It’s more likely Tiger Woods will be in another major car accident before he wins another golf tournament.

Other than his most recent Masters victory, Tiger has been a mediocre golfer at best and downright horrible at other times since his last comeback. He just had a 5th back surgery prior to his accident and will now have to walk 72 holes on surgically repaired legs that will no longer offer him the strength to keep up with the game’s big hitters. Don’t expect a Ben Hogan storybook finish.

If this is the end of his competitive career, it is not a bad thing. He was heading toward a Willie Mays and Johnny Unitas finish to his career by trying to hang on. Tiger is still young enough to find another avenue in life to follow while lucky enough to now be around even more for his kids and that is far more important than winning another tournament.

That does it for this month. Pitchers and catchers reported (to Spring Training) which means we are very close to another pointless season of baseball, the NBA changes its rules to ensure another title for LeBron, and the NFL selects their next group of soon to be brain traumatized victims. Until next month, smell the flowers.

Carbon monoxide could be a catalyst for COVID-19 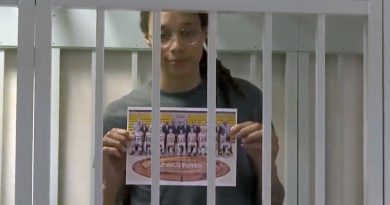 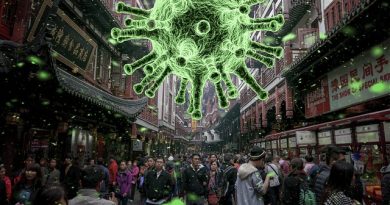 Why did the Scandinavian Countries Do Better? Missed Lessons About COVID-19 from 2020