Michael Edward Bell is shown in this family photo with his brother Carson, 5. Michael was killed by Kenosha police in 2004. Carson is now 15.

On Nov. 9, 2004, Michael Edward Bell, 21, was shot and killed by a Kenosha (Wisconsin) police officer during a reported “resisting arrest” incident.

Within days the police determined the incident a “good shooting,” which was soon followed by the district attorney’s finding of “justified.”

No further action was ever taken against the officers although there is substantial proof suggesting the officers lied about what really occurred.

Archangels believe the shooting continues to remain a cover-up.

After all why did the City of Kenosha pay the Bell family $1.7 million to settle the matter if the shooting was justified?

Immediately after the shooting and during the depositions in the ensuing lawsuit the police claimed that the officer had fired the shot from in front of the car.

However, evidence indicates that the shooting officer was in between an officer holding Bell in a bear hug and another officer to his right and that they had all been standing at the side of the left front fender. In an attempt to verify the story the officers testified that Bell had been killed by a shot in the left side of his head.

Two years later, at the conclusion of all four officers testifying in a civil deposition, they were informed that the medical examiner who had performed the autopsy had determined that Bell had actually been shot in the right side of the head.  Since the forensic evidence had proven they were not telling the truth, they created a second version along with a video reenactment. It also proved to be contrary to the physical evidence.

The reason for the false stories, sworn depositions, and affidavits the officers gave is apparent.

According to the forensic evidence and witness statements, it is obvious that the shooting officer stood between the officer (on the left) who was holding Bell from behind in a “bear hug” and the officer (on the right) who allegedly was yelling “He’s got my gun.”

Since the officer who was yelling about the gun wore his gun on his right side, and all three had been facing the same direction, it is apparent that Bell could not have reached the gun. Additionally, if the shooting officer was in between the officer on the left and the officer yelling he could have easily grabbed the gun or at the least grabbed onto Bell’s hand or arm. Since the gun was never out of the holster, there was no eminent threat of death or great bodily harm. Archangles believe the four officers created their fabricated stories to cover-up a homicide.

No independent investigation of the shooting was ever conducted.

On Nov. 27, 2012, “Archangels” filed a written request with the FBI and US Attorney for the Eastern District of Wisconsin seeking criminal charges against the police officers involved.

To date it is uncertain if they are responding to the request but everything they do is “secret,” which seems contrary to good and effective government. 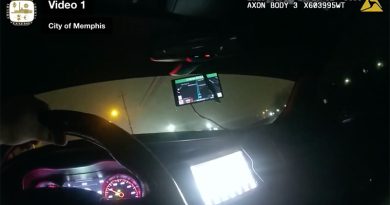 Madison, WI: a slice of America