A medium 8 slice pie with sausage and pepperoni (Tim Forkes)

A friend from the old days, Kurt, reminded me of the “Pizza Poem” that was in the first issue of the Crazy Shepherd, miss-spelled as “Shepard,”  It was a beautiful gesture.

Unfortunately I could not find the original “Pizza Poem,” but remembered the context of the night it was written. To this day the aroma of pizza is like an opiate to me. Filippi’s Pizza Grotto is just down the street. They have great pizza, as does Leucadia Pizzeria which is across the street from Filippi’s.

There was a place on Ingraham Street, between Garnet and Grand Avenues, Marino’s Pizza that was introduced to me by my brother Carl in 1992. It’s closed now, replaced with an Italian restaurant with a different name. From the photos it looks like the piano is missing. On Friday and Saturday nights Marino’s had a piano player who took requests, just for tips.(I was told).

This new place might have great pizza as well. I don’t know, but there it is at 4475 Ingraham St, San Diego, CA 92109. In the spirit of open-mindedness, give it a try. Sauced Pizzeria.

I love Pizza.
Pizza, Pizza, Pizza!
Any pizza, every pizza …
No wait …
Ellipses ,,, don’t you love’em?
… no anchovies on my pizza
… no stuff not intended to be on pizza …
… No chicken, no broccoli, no veggie special …
… but I do like some veggies on my pizza
Onions, black olives, mushrooms and green bell peppers.
I have enjoyed an occasional Hawaiian pizza
With its ham and pineapple …
… more ellipses … some exceptions to the rule
But I like pizza.
It was very clear in college whilst I studied
And counted my pennies
between monthly V.A. G.I. bill checks
Sitting in the basement apartment
On East Wright Street, River West, Milwaukee, WI
Next to the building that would become
The first offices of the Crazy Shepherd
After the apartment of Jim
There I was in 1982
Listening to the couple above
In their apartment fucking
The grunts, moans, giggles
And the rhythmic creaking of their bed springs.
Then pizza arrived at their door
45 minutes after fucking
The aroma, the smell of cheese, pepperoni
And Italian sausage …
While I sat nursing a tea bag 2 days old
The last piece of Wonder bread
Books and books of poems and great fictions
Lots and lots of music
Lowell George, Django Reinhardt and Frank Zappa
This is torture and should be banned
By the Geneva conventions or some thing
Nothing can distract me from that aroma
Can you smell it?
To this day I salivate at the aroma of pizza
At the sight of pizza online or in a paper
Pizza, pizza, pizza.
I love pizza, I want some pizza
Pizza, pizza, pizza
One slice
New York Giant Pizza
By the slice
With pepperoni and Italian sausage
Fold like a real New Yorker
Gotham City got something right
Pizza and Kosher hot dogs
That’s 2 things …
Pizza, pizza, pizza
I love Pizza

Halloween is for Saints and sinners … mostly sinners 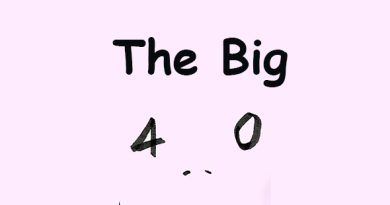 Creeping Up To 40 Years