Photo above: Russian President Vladimir Putin faces questions from the press about the Ukraine invasion.
(Wikipedia)

“I want to remind you that Russia is one of the leading nuclear powers”, Russian President Vladimir Putin proudly boasted to a group of adolescents last week at a vacation resort located a few hundred miles away from the Kremlin.

It was obvious that he was not directing his comment toward that particular audience. In reality, it was a direct threat against the Western powers, suggesting that he would not tolerate them interfering in Russia’s affairs with Ukraine.

In the midst of the crisis inside that country, two important questions rise:

Before we can answer that, consider looking at the man himself.

Vladimir Putin was born in St. Petersburg in October of 1952. A few months later, Soviet dictator Josef Stalin would die of a stroke.

While Stalin had presided over the genocide of tens of millions of his fellow countrymen, he was nevertheless considered a hero among many Russians for turning the Soviet Union into a military and industrial world power.

Putin views Stalin in a more favorable light than the rest of civilized world. In 2009, he even suggested that  the verdict on the former dictator was still out, and has on several occasions applauded the deceased tyrant.

Perhaps it was this mindset (as well as his admiration for then Soviet leader Leonid Brezhnev) that convinced Putin it was time to join the KGB; and in 1975 he did exactly that.

Little is known about what activities the current Russian president participated in while a member of this elite organization, but we do know he spent a good deal of time working in East Germany with their brutal secret police force, the Stasi. By the end of his tenure, the Berlin Wall was gone and Germany was reunited.

In 1991, Soviet president Mikhail Gorbachev became the victim of an attempted coup by extremists in the Soviet government who were opposed to his democratic reforms. Although the coup was a failure and Gorbachev regained power within a few days, the damage was done.

A few months later, Gorbachev decided he had enough and conceded power to Boris Yeltsin.

The Soviet Union ceased to exist.

Although more than a decade later in 2005, Putin would declare that the dissolution of the USSR represented “the greatest geopolitical catastrophe of the century,” that did not stop him from seeking a position of power inside the new Russian government.

Putin would serve in many positions during Yeltsin’s tenure in office: an aide to the mayor of St. Petersburg, director of the FSB (Russia’s new state security service), and ultimately as a Deputy Prime Minister.

Ever the opportunist, Putin had his eye on the big prize and on New Year’s Eve of the year 2000, he finally got it.

With Yeltsin’s blessing (and the old man’s desire to leave office as soon as possible), Putin became acting President of the Russian Federation. A few months later his authority was further legitimized when he received the vote of more than half of the electorate.

As President, the former KGB operative wasted no time in asserting his power and making it clear to his enemies that he alone was in charge.

His first two terms in office were marked by a severe crackdown on the press and his struggle with the “oligarchs” (a conglomerate of corrupt former communist officials who now sought to maintain private control of previously state owned industries).

The 2006 murders of journalist Anna Politkovskya and former Putin opponent Alexander Litvinenko (who was poisoned with radioactive material while living abroad in the UK) are widely believed to be the work of the Russian President’s henchmen, acting on his direct orders.

While no one has been able to provide definitive proof of Putin’s complicity in these horrific acts, it is difficult to believe that the blame lies elsewhere.

Senator John McCain hit the nail right on the head in 2008 when he said, “I looked into Putin’s eyes and I saw three letters: a K, and a G and a B.”

Such a statement may be construed as merely a sound bite to liven up the Senator’s intended audience, but it is an accurate description of the man we are dealing with. To pretend otherwise is simply naïve.

How else can we explain a man who upon leaving office becomes Prime Minister to a puppet President (Dmitry Medvedev) and a few years later in 2012 remerges occupying his country’s highest office again for a third term?

How can we trust a man who belligerently sought to reintroduce the national anthem of the Soviet Union and encourages the display of the hammer & sickle at political rallies?

Not to mention, his most recent promise to create a new class of nuclear weapons. At the present time, Russia still has the world’s largest nuclear arsenal.

So now we can return to the situation in the Ukraine, where Putin is cleverly inventing excuses to slowly gobble up that entire country and make it part of greater Russia. While I won’t get into the fine details of that situation, it is important remember that this conflict has implications beyond that former Soviet republic.

Now back to the questions posed at the beginning of this post.

John Haines, a senior fellow at the Foreign Policy Research Institute, says Valdimir Putin does not pose a threat beyond the Ukraine to the Baltic States and Eastern Europe at least “not in a military sense.”

“The Russians know this would provoke a strong response from NATO, but there are other ways that they can pull the levers such as trying to influence elections or by employing economic penalties,” he said.

As far as Putin being a communist or a Russian Nationalist?

“It would be accurate to say he is a Nationalist even though the two can be intertwined,” Haines said. “No one who lived through the Soviet period wants to go back to Leninism. This is about restoring the Russian Empire.”

Bottom line: Don’t underestimate the man or the danger he poses to the Western world. His aggressive instincts are apparent whether they are demonstrated by military, economic, or political actions. 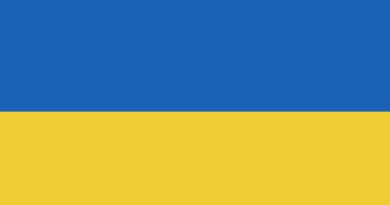