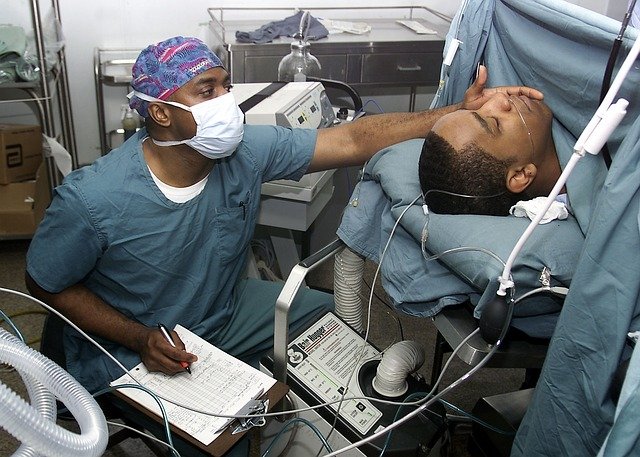 Getting in a car accident can have many negative ramifications on your life. After an accident, you could be faced with injuries, a wrecked car, the inability to work, or even the loss of a loved one. No matter the specifics, after a serious car accident, you are sure to be facing significant expenses. It is important to get the money you need to get your life back to normal, or as close to it, as possible.

Unfortunately, despite the insurance agencies’ attempts to portray themselves as being a friend focused on helping out after an accident, these companies are only concerned about money. Insurance adjusters have a whole book of tricks they will use following an accident to either avoid paying your claim altogether or, if that is not possible, attempt to severely undervalue your claim.

Here are some of the common traps that insurance companies set and how to avoid them.

When an insurance company finds out that their client was at fault for the accident and there isn’t any dispute about it, they are likely to contact you with a settlement offer before you even get a chance to file a claim. They know that immediately following the accident is when you are the most vulnerable. You are likely a bit disoriented, still trying to wrap your head around what happened.

Insurance companies know that this is their best opportunity to settle the claim as quickly as possible with minimal loss. They will often contact you while you are still in the hospital with an offer far below that to which you are entitled. The insurance companies will give the impression that this is a one-time offer and that if you don’t take it, you could end up with nothing.

Insurance companies will try to get you to give a recorded statement of what happened in the accident. They claim that the statement is part of an attempt to establish fault, but in truth, it is about looking for anything they can use to deny your claim. You are under no obligation to give any sort of statement about the accident to an insurance adjuster.

Not Hiring a Lawyer

However, by not hiring a lawyer, you are pretty much guaranteeing that you will not receive a fair settlement that will cover all of the expenses you incurred as a result of your accident. It is also likely to take longer to receive your payment without a lawyer since competent lawyers can cut through the red tape.

As far as the cost of a lawyer, a reputable car accident attorney will charge you on a contingency basis, meaning that if you don’t get paid, they don’t get paid. While the lawyer will receive a percentage of your settlement, studies show that the amount you accident victims receive after their lawyer’s fees have been paid, still tend to be significantly higher than the settlement received by those without a lawyer at all.

Visit asklawyersforjustice.com to find an experienced lawyer who can help you with your case. They will go over your options with you and decide on a proper course of action.

When an insurance company is not able to get you to take their first settlement offer, they tend to switch tactics completely. Rather than trying to settle your claim as quickly as possible, they try to drag it out forever. The longer it takes, the more desperate accident victims become as the bills continue to stack up. Insurance companies count on this desperation to convince you to take a lower deal just to ensure that you get something.

As mentioned, a lawyer can help you push through these delay attempts to get your settlement much quicker.

Another way that insurance companies will try to undervalue your claim is by asking for your medical records. They will say that they are simply looking to verify your injuries. In reality, what they are trying to do is find any reason they can use to invalidate your claim. They are looking for preexisting conditions in your medical history that they can point to, which they believe could call your injuries into question.

Never release your medical records to the insurance company.

Talking About Your Accident

From the time you get in an accident until the case has been settled, you should avoid talking about the incident. You can tell your spouse, but friends and other relatives only need to know that you were in an accident and that you are recovering. You can fill them in on the other details later. One of the main ways in which people get themselves in trouble these days is by posting on social media.

Insurance investigators comb through social media looking for anything they can use against you. Even a post that seems completely harmless and is not related to your accident can end up hurting you. It is best to steer clear of social media entirely until everything has settled. If you must post on social media, you should at least ensure that all of your privacy settings are at the highest level.

Beating the insurance company may not be easy. However, by hiring an experienced attorney and taking all the proper steps, you should be able to get the money to which you are entitled.

Wilma Wiliams is a law school graduate and a part-time freelance blogger, focused on various legal topics such as personal injury, and bankruptcy. She’s passionate about educating the public on fighting for their rights, which is why she’s currently collaborating with Ask LLP: Lawyers for Justice, whilst actively sharing a part of her experience as a former lawyer.