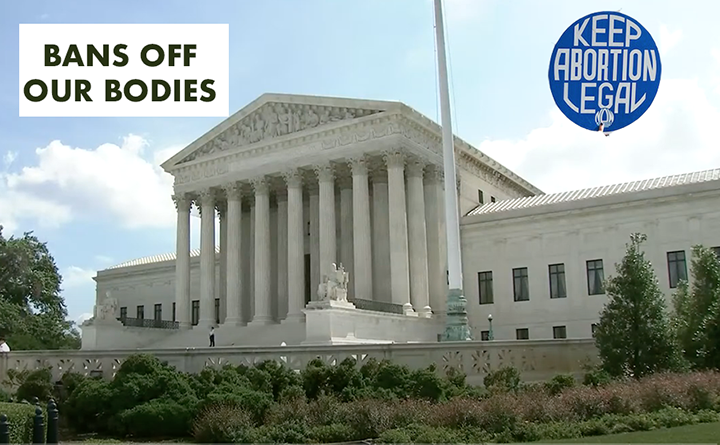 With all the news about Roe V. Wade, many conservative talking points have come to the forefront for, let’s just say, reconsideration. Most of these I’ll leave for others to debate, but one really gets under my skin, because — unlike the hundreds of other thoughts, some more sensible than others — this refrain is ludicrously simplistic and yet very familiar to me. You’ve probably heard it too, at least a dozen times. Here’s a hint: What’s the oh-so-wonderful alternative to abortion?

Always. Without fail. Rarely a dissenter. And yet, how many people shouting this have actually adopted? And of those, how many adopted the kids who are considered “difficult to place?”

For those willing to admit that they know diddly-squat about the adoption process or the foster care system, I’ll give more context.

Most infants, particularly white infants from healthy but low-income mothers(think high school or college students), are placed easily into homes that are generally also white, generally middle class or upper middle class, and have usually passed several levels of intensive screening (varying in different states) prior to becoming a parent through adoption. Those are the facts. White babies usually get sent to somewhat affluent white homes. Babies from other backgrounds sometimes linger for longer times, or often get adopted into homes where their culture of origin is, if anything, a sidenote. Add identity crisis to abandonment issues.

However, infants of any monetary, cultural or ethnic background truly have it much easier than children: The children who are taken away from their natural parents after they’ve already started to reach the stage of being toddlers or even children have a more challenging path ahead.

First, they have the grief and loss that comes with being torn from the parents and family system to whom they are already well acquainted, as well as the customs, traditions, sense of belonging and additional factors that make up one’s feeling of being “home.” They lose it all, and yet they are expected to accept the culture of a new household, family structure, and repeatedly relay their trauma to a constant barrage of social workers and therapists who make it clear that the events which occurred “need to be discussed.” (That need, mind you, is more to provide quotes for said figures to use while testifying about the child’s best interests in court, quite ironically.) What’s not always clear to those kids is that none of it is their fault. Not a single bit of it.

Many of those kids are there because their parents were ill-prepared, young, poor, or impacted by trauma or drug-abuse. Some of them were likely told not to get an abortion, because that would be throwing away the “gift of life.” Not all of them wanted their children, but most of them probably wanted to do right by them. However, wanting to do the right thing and being able to successfully carry out the responsibilities of parenthood are entirely different.

Lastly, the longer a child stays in foster care, the more they face several unfortunate facts: Adoption rates are lower, foster homes are increasingly scarce (and often resort to abusive or coercive methods to control trauma-based behaviors), and it’s not uncommon at all to age out of the system with no solid support. It’s also likely that those with severe trauma — and corresponding behavioral issues stemming from a lack of care — will end up incarcerated, filling jails and prisons. And let’s not even get into the number of failed adoptions, where families commit to adoption and change their minds (this happened to me and another family member), sometimes going so far as to relinquish parental rights after the whole matter has been legally confirmed.

This is the true nature of the so-called alternative that people don’t realize they are presenting, and it’s not the fairytale full of compassion and hope that comes to mind with the word “adoption.”

Furthermore, those stating that they would “love to be foster parents once the time is right for their family” should also take heed of the fact that doing so is a sacrifice to any children already in your home, whether biological, adopted or foster. It requires everyone in that household to possibly shift expectations, routines, etc.—and to frequently practice more emotional regulation if the child coming in has some emotional struggles themselves (and spoiler alert: many of them will).

Am I discouraging people from fostering and adopting? No, not at all. However, much like the decision to become a biological parent, it needs to be approached realistically — for everyone’s sake.

Forgive me if I put it all in a grim light; that’s not the intention. I’m an adoptee myself, and an adoptive parent. I also grew up in a conservative household, with a narrow, black-and-white view of matters such as abortion rights.

But now that I’m older, I look back with less tunnel vision. I’m not a one-issue voter anyways, but if I was, I would still hesitate to stake all my focus on the ill-placed show of concern people seem to have regarding the value of life before birth, as opposed to the many months and years that follow.

To be clear, I also am not convinced of something just because it’s a “women’s issue.” As a woman, I don’t see the need to coddle us, and I don’t see pregnancy as only an issue in which women should have a voice. It takes two to create life, and most cases of pregnancy are the result of consensual baby-making.

And yet facts are facts: The facts are that rape happens, unprepared parents exist, and even in the best case scenarios, pregnancy is completely a woman’s task, effecting us physically, emotionally, mentally and financially. All those prenatal visits are scheduled for a reason; There are many risks and expenses. Furthermore, giving birth, even in developed countries, can be dangerous or even life-threatening. And as women on birth control are keenly aware, even with today’s modern advances and a lot of talk about “consent,” attempts to prevent pregnancy via hormones, condoms or abstinence can all fail. (Just look at sexual assault and rape statistics.)

However, everything from birth rates to women’s healthcare access affects us all, because that adds up to how well we can provide for our citizens. And how we treat people after they’re born, breathing and making decisions should matter to the pro-life crowd, right?

Mainly, it comes down to this: Regarding adoption and foster care, I’ve seen the dark underbelly of the beast—and for every child out there who gets adopted, there are statistically at least 10 who are shifting between foster homes waiting for their chance to stay somewhere with people who understand their unique needs and can continuously care for them when their expressions of pain often push others away.

This is not the “solution” to a world with fewer abortions. It’s proof that the primary talking point of the “pro-life” crowd these days clearly has nothing to do with protecting human beings, even though I believe (perhaps naively) that most pro-lifers probably insist that is exactly their logic. They believe they’re protecting babies, because the fetus grows into one. My argument is “When does life matter most to you?”

A young child in the system, already born and in the world, suffers so much more and deserves so much more protection thana 16 week fetus. But that is not where people see fit to focus their fervent “value for life.”

Coming from one of those kids who wasn’t aborted, I know it probably sounds richly elitist to that crowd. But having navigated that first five years of life without a forever kind of family, I can tell you that I wish people would do their pro-life picketing outside the DHS office with signs that beg for real life-changing improvements. Their signs could ask for more foster homes, better pay for social workers, more stringent screenings for private adoption agencies, more rights for extended biological family members of children in care, and more resources for those aging out of the system. That is the pro-life attitude this country needs right now.

I believe a true understanding of this very real perspective might also produce the realization that supporting the right to choose an abortion isn’t the same as saying you would personally find the procedure useful.

In summary, the point of being pro-life should not just be about protecting life but also seeing fit to protect the quality of life. And it should never be at the expense of a life fully formed and out in the world.

My life was not protected simply because I was born. It was not even protected after I was adopted … twice. Children who have been separated and traumatized are automatically at many disadvantages, and while name-calling and anger don’t suit either side of the political aisle, the right to abortion should be beyond politics at this point. I’m by no means a hostile person, but I’m sick of being nice in the face of willful ignorance of inconvenient facts, when some of us are in the very category that adamant pro-lifers are using to support their arguments.

While the political left could do better at not cherry-picking their cases (you really don’t need to prove your point with only rape and incest cases), the right has done nothing to alleviate their increasing reputation for being hypocritical on the topic of reproductive rights.

Being hyper supportive of the military, the NRA, and abstinence-only sexual education while being unsupportive of affordable healthcare, and holding the record for having more people on welfare (yep, look it up) makes one look not only callous, but ignorant.

It’s about allowing for the prevention of predictable, probable, and elongated suffering of multiple human beings for the technicality and self-righteousness of protecting one not yet fully formed and out in the world. It’s about whether someone is ready to be a parent — a good parent. It’s about pregnant women (sometimes mere children or teens) choosing whether they allow their body to house, feed and produce yet another entity that will require a great deal of care and love. It’s about applying critical thought and a wide lens of compassion to situations where bringing a life into the world cannot be done safely. It’s about allowing people to make decisions that impact their bodies and livelihoods with the expertise of medical professionals.

Bottom line: It’s about how well we take care of the people already in our world, and the sad truth is that we’ve got a great deal of room for improvement.

Editor’s note: You can listen to the oral arguments being made before the U.S. Supreme Court regarding the TexS anti-abortion law, here. 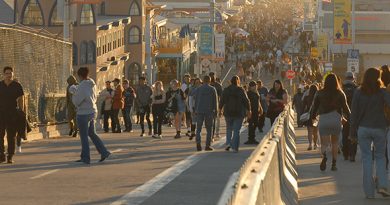 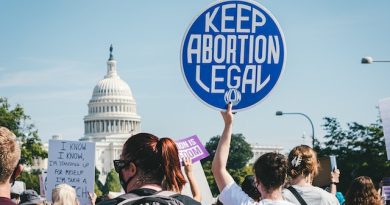 How SCOTUS Screwed Us

3 thoughts on “Adoption Is Not the Alternative to Abortion”