Photo above: the finish of the Belmont Stakes with  American Pharaoh, Second-place finisher Frosted, Third-place finisher Keen Ice and Mubtaahij finished fourth, to round out the Superfecta pick, which paid $285 on a $1 bet. (YouTube)

As I watched American Pharoah pull away from his opposition at Belmont Park, I loudly cheered a sporting event for the first time in a long time. The Triple Crown of horse racing is unlike any other sporting event because it comes down to one factor, talent. Horses do not follow the history of their sport or get caught up in the hoopla surrounding their races. They train, they eat, and they rest. Everything else is left up to humans.

When American Pharoah crossed the finish line, there was no ridiculous celebratory dance or chest thumping. There were no accusations of a horse deliberately wearing unsanctioned horseshoes. There were no inflammatory post race comments, bragging, or breaking down into tears. Just a horse who galloped and cooled down completely unaware of breaking a 37-year drought in one of the most challenging goals in sports.

There was once a day when human athletes quietly went about their business in much of the same manner as American Pharoah. A touchdown resulted in nothing more than simply handing the football to the ref. Home runs were not overly celebrated unless you did not mind getting hit by a 90 mph fast ball the next time you stepped up to bat.

Press conferences were held while players sat half undressed on a stool in front of their locker and not while showing off your two year old daughter for the world to see.

Today, the media and fans have more access to athletes than ever before and yet these well paid players have very little to say that is not a cliché. They won’t talk about war, politics, or social injustice because too often they are too busy marketing themselves to know what is really going on in the world.

To them, a statement is wearing a snappy looking t-shirt during warmups that will then be sold to millions of fans who think wearing one makes them cool. It’s more important to appear on Jimmy Kimmel to sell yourself than make any social statements that might not set well with your boss or fans.

But what does any of this have to do with a horse? American Pharoah never complained about how long his racing season was. He is not going to hold out for more oats or a nicer stall now that he has won the Triple Crown. Don’t expect to be disappointed to read he has been arrested for DUI or spousal abuse and he is not about to become so desperate for attention he hooks up with a Kardashian, releases a rap album, or sells his autobiography to the highest bidder.

American Pharoah will take a much-deserved break before likely returning for the Breeders Cup this fall. It will be up to his human handlers to entertain us with tweets, interviews, and the kinds of behaviors we have grown accustom to from our human sporting champions. In the mean time, he will be well fed and cared for and when he returns, he will have scores of fans anxious to see his next performance. Wouldn’t it be nice if all sports were this way? 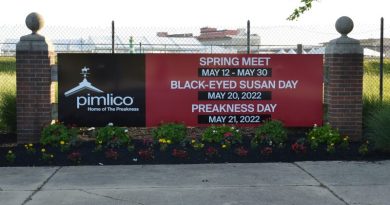