Her inaugural success came in 2015 with the release of award-winning Wild Raspberries. She possesses a supreme dedication for her work. In addition to the mysteries, she has written a second and third installment in the fiction series. Wild Raspberries and Proper Goodbye led the way for Summers Only. What a conclusion for the series!

Summers Only takes the reader down a path with a woman who chooses homelessness, who uses shoe leather to travel from one Michigan shelter to the next, and who searches for homeless children along the way. The author’s well-paced narration and her strong and likable characters deliver the reader to a poignantly heartfelt conclusion that defines Chappell’s writing style. This is truly the full package of rewarding literary fiction.

Chappell writes with her heart and soul. Summers Only shines like no other book in the literary fiction genre.

Give your readers a quick description of Summers Only.

Summers Only covers thirty summers in Terri Miller’s life. The story begins at her lowest point. She’s living on the streets when she meets homeless advocate, Frank Cordell. He knows she’s hiding behind an alias and running from a crime. Despite that, he sees promise and offers her a chance to return from the tragedy lodged in her past. Together, they forge a partnership to establish homeless shelters across Michigan. Terri’s amazing journey is told one summer at a time.

Do you feel writing Summers Only allowed you to grow as an author?

In one respect, very much so. I needed to overcome a basic flaw in my thinking. I dubbed this a story about the thirty years the protagonist, Terri Miller, was homeless. My setup for the story was organized around the timeframe. It became a real obstacle. After several painful starts and stops, I corrected my thinking. Summers Only was not about the number of years. It was about the people living the story. That made perfect sense and the story poured out.

Summers Only is a compelling read with memorable characters. It delves into the subject of homelessness from many directions. One of those was the historical aspect. What’s the rest of this story?

I like words and I like history. One day while reading through an old journal from the 1880s, I ran across the words, outdoor poor. I admit I stumbled a moment, then it hit me. The century-old term referred.to a city’s homeless population. Summers Only was on my writing horizon at the time, so the background related to this kernel from history was worked into the novel’s beginning. I am always awed by valuable tidbits that walk up and introduce themselves when least expected.

Is there another book in your future? If so, can you tell us a little about it?

My next release will be another work of literary fiction. Four adult children, each with his or her own issue, return to the family home for the summer. Home is a wooded estate in Maryland. Despite his absence from the estate, their dominating father still looms while they attempt to solve their problems. The dynamic between the four siblings is humorous. The title is Every Cloud. So, you have to wonder if they each find a silver lining. Look for this in 2021.

Tell us about life in your hometown.

I was born and raised in Springfield, Ohio. Much of our county is devoted to agriculture, but we’re not totally rural by any stretch. Springfield boasts a performing arts theater, art museum, heritage center, historic preservation areas for housing, extensive parkland, exercise and sports groups, waterway activities, a plethora of churches, a synagogue and mosque, a college and university, and a cross-section of people that gives us depth, culture, and interesting conversation. Visit sometime!

You can find a full selection of Connie Chappell’s books on Amazon. 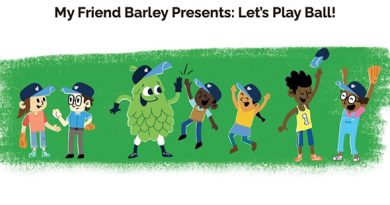 Conversation with the Author N.D. Byma