The last speech I listened to from a political convention was George H.W. Bush’s in 1988. Whether you agreed with him or not, it was a tremendous speech and went a long way to swaying the public’s mind. With that in mind, here are some of my not so conventional pearls of wisdom.

No One Cares: Okay, maybe some media wonks, but they are not real people. No one really cares about these conventions. They are staged events that yield little to nothing new about the candidate being nominated. Family members will give nice speeches. Celebrities and high-ranking party members will give speeches. And the Ted Cruz will stab you in the face. Does anyone really think last week or this week will change any voters minds?

No One Cares Part 2: Who votes for president based on who their running mate is? I suppose if you plan to kill the president, you might think twice based on who their VP is. Otherwise, who cares? Some VPs will be given plenty to do, Joe Biden for instance, while others will be asked to make nice drawings with crayons like Dan Quayle.

Pot’s Best Use: These conventions fall at a time when there is nothing compelling going on in the world of sports. Major League Baseball just drags on. The NBA Finals ended last month. Watching Major League Soccer is like watching paint dry. And there is no football to watch!

This period of summer is reason enough for not just legalizing pot, but making it mandatory for everyone to get high. It will help us forget the summer heat waves, horrific humidity, and the fact that we still have three and a half months left before we choose between the two most hated presidential candidates ever.

Olympic Break: With the up coming Zika Olympics being held in the sewer infested waters of Rio de Janeiro, Russia looks to be the biggest winner of all the nations. Thanks to their horrific drug-testing program in which they just ignored pretty much any and all PEDs they gave to their athletes, they might be banned entirely from the games.

So far, just their track team is lucky enough to be banned. However, I bet many other Russian athletes are hoping they are banned as well so they do not have to try and compete for a shiny medal while experiencing the worst case of diarrhea. My bet is the most popular Olympic event will be the 50-yard sprint to the nearest Porta Potty.

NBA Strikes Back: Now that the NBA has pulled the 2017 All Star Game from North Carolina over the controversial passing of HB2, the state is left with hosting 40 meaningless NBA games by their home team, the Hornets. Thankfully, North Carolina still has North Carolina Tar Heels and Duke Blue Devils basketball games and lets face it, they are the two best pro basketball teams in that state.

What Ailes Fox: Poor Roger Ailes. Looks like he was forced to retire as the head of Fox News due to allegations he hit on every woman who ever worked there and perhaps even Sean Hanity. I suppose I could also be forced to retire if I was being punished with a $40 million severance package. Just goes to show, an old man’s package can get him a great retirement package. Of course, the poor guy had to work until he was 76 to be so richly rewarded.

Poke It To The Man: If you are like me and have seen plenty of pasty skinned people walking around with their phones held out in front of them, then you have been exposed to the current Pokemon craze. I laugh when I hear people say how great this is because it is getting people up off the couch and exercising for a change.

I am not sure you can call what they are doing exercise. Yes, most are breathing through their mouths, but that is only because that is how mouth breathers stay alive. As for their walking pace, it borders between Tim Conway doing his old man impression and Bernie from Weekend At Bernie’s.

This Week: Let’s see, Democrats go to great lengths to stage a convention designed to make Hillary seem likable while continuing to promise every misunderstood group of voters everything they want to hear. Celebrities will speak out about how a person who chooses not to vote in November is actually casting a ballot for Trump (will the electoral college count those non votes too?), talking heads will debate whether or not she is more like Bill or Barack, and haters will post as much hate as they can on social media. The only hope for fun is if Bernie Sanders announces he is choosing Ted Cruz as his running mate in the newly formed Sore Losers Party.

As For Me: I will continue to wonder why all of a sudden there are no major controversies breaking out about topics like Cops Shooting Blacks, Blacks Shooting Blacks, Upper Class Whites Shooting Heroin, or gun owners shooting their family members. Am I the only American alive who will vote for any candidate whose political party does not hold a convention? Where is the Grumpy Old Man Convention? At least they have a nice buffet. 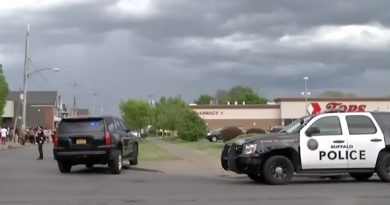 Strike two: Did it work?