Ponder this: You are a well-educated person engaged in a profession you deeply love.  You have held the organization you work for in extremely high regard. Then one day you learn something about another person holding a position of power within your organization who you have good reason to believe has engaged in many seriously evil acts that have severely damaged many of those with whom he had a duty to protect not destroy. What do you do? What can you do?

You decide that this is such a deeply important issue that the whole world must learn of this treachery so you write a book detailing the evil deeds so that they will stop. That all sounds good but there are many within your organization who never want to see such a book in print. They are convinced that the problem is entirely internal and needs to be resolved without any public scrutiny. You on the other hand are firmly convinced that this matter is so important that the only fair, reasonable, just and moral thing to do is to inform the public at large.

So you meet with one of your very senior executives to discuss your book. He agrees that there “may” be a problem but restates that it is an internal matter that is best resolved entirely within the framework of the organization and without any public involvement. He essentially tells you that if you go forward with your book your career, the career that you deeply love, will almost certainly be taken from you. What do you do?

That is one of the main themes in this extremely powerful play An Undivided Heart. This is not the kind of show that entertains by tickling your funny bone or filling you ears and mind with beautiful music. This is a work that demands serious and at times truly profound thought. This is a show that entertains and entertains well by demanding your deep and sometimes unpleasant thought. It puts before the audience moral issues that don’t have simple answers.

This is a play based in large part on the on the revelation of sexual abuse by one or more Roman Catholic Priest(s) that first came to light in Massachusetts in 1992. Father Mike Cleary played superbly by Matthew Gallenstein is convinced that another priest has been sexually abusing young boys and he is convinced that the offending priest must be stopped and exposed. But there are many in his church, the church he deeply loves, who want him to back down and allow the church to heal itself solely from within.

Not following that advice would in all likelihood cause him to lose a job he dearly loves, but not taking action would destroy him from within. And this is but one of two themes that drive the show.

Along the way Father Mike Cleary meets Janice, a practitioner of Zen Buddhism and portrayed with conviction by Jennifer A. Skinner. Her approach to life’s issues fascinate Father Cleary and then he becomes frustrated when he cannot correctly solve a problem posed to him by Janice. The test goes something like this.  In one hand she holds a cat in the other hand a knife. He is then given three chances to correctly say something that will keep her from killing the cat. He fails two or maybe three times.

Of course, no actual cat is involved but the message does eventually come through and it guides Father Cleary in making the right decisions about how to deal with the sexual abuse scandal he has become aware of and feels a need to address. The solution that saves the cat involves recognition and acceptance of surrendering to risk of personal loss to achieve a greater good. Think about it.

Like I said, this is a play that demands thought and it isn’t always easy to follow. But eventually a great deal of wisdom shines through. There is some strong language and not everyone will thrill at everything put forth. So children and anyone incapable of considering effective ways to deal with some severely dark events should stay home. Everyone else will be thrilled with the show.

An Undivided Heart is playing now through April 22, 2018 at the Echo Theatre Company, Atwater Village Theatre, 3269 Casitas Avenue, Los Angeles, California 90039. Show times are Mondays, Wednesdays, Thursdays, Fridays and Saturdays at 8:00 p.m. and Sundays at 4 p.m.  Reservations and ticketing available by calling 310-307-3753 or online at EchoTheatre.com.

For much more fun and art visit ronirwin.net and help a veteran.

Top photo of Jennifer A. Skinner by Reza Allah-Bakhshi 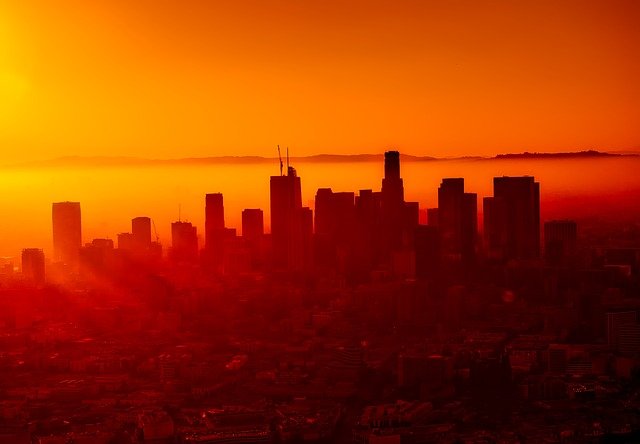 7 Tips for Living in California

Catalina by a heavenly cruise