Too late now. Most likely.

I reached out to a friend of mine I worked with at McMurdo, as global climate change is in the news again way down south, at Antarctica. Seems they had they warmest day on record. Again.

20 degrees Centigrade. 68 Fahrenheit, which means hell temps. Hell for aquatic life that has that-their built-in anti-freeze proteins in their blood to withstand sub-zero and thrive.

That’s all changing — there goes another ecosystem. Giant sea spiders and luminescent shell-less snails. And so on. Up the chain, eventually effects those beloved penguins and seals. That evil skua, that bird, the one that looks like a giant gull crossed with an angry hawk; it will do alright since they like humans and the garbage we produce.

Then we got to talking about Super Tuesday, as she’s just up the coast from y’all in Contra Costa County. The San Francisco bay area. Almost didn’t get a chance to vote. Why?

Seems she always expected she would vote in the usual way. At the elementary school, or a little church, as she always has in the past. Instead much to her surprise her voting packet said she was in an area now without a polling place. Said she had to vote by mail — and if you’re registered as an Independent, you must request a ballot by mail.

I don’t know how many people were affected but she didn’t think she was the only one.

Good thing, she was able to go way out of her way and get to a Contra Costa County office that allowed her to vote anyway. Just not so easy which is the way they likes it. Not so good for her daughter that works nights and was expecting to get up and vote before the polling closed, only to find out she would never be able to get to the County office in time.

Here in the Hinterlands, we don’t have a packet. They just don’t want you to vote at all. But, I vote in a little Town Hall that is nestled between corn and alfalfa fields, or right now, melting snow cover. Yes, we still get snow in Wisconsin and the lakes still freeze. There’s just a perpetual melt cycle it seems, and levels are higher than usual. Last big election for the prez, my polling place had a little citizen’s militia wearing camo and packing heat, guarding the front and back doors, with their kids (also donning camo) helping park cars in the lot or alongside the county road. Why? I don’t know. I guess they were thinking the place would be stormed by the undocumented voting against the anointed king. The king in the making at that point.

But now, we’ll see what happens on our own albeit only relatively super Tuesday, April 7.

The party that made the extra hoops to jump through in your neck of the woods, tried to get some quarter million people off the registered voter list here, by insisting they mail in a post card to validate their existence. Again, I think they’re thinking that swarms of Dems are going to pose as who knows, voting on behalf of someone voting then for someone other than the anointed king. The cards were going out to students, low income residents and people of color.

We have same day registration, so they could vote anyway. But this keeps the swarms of Dems allegedly voting multiple times at bay. Or just makes it a little harder which is the way they like it.

As the snow melts and the ice dissipates, we’ll be sloshing in mud for the Primary.

Mudslinging … Isn’t that too an election tradition? 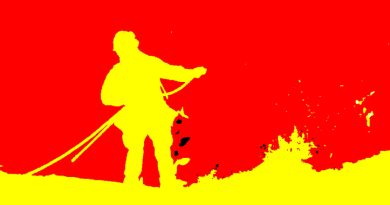