The day after Independence Day, Gale Holland wrote an article for the Los Angeles Times condemning the treatment of a local man who — due to his homeless status — had been shamefully targeted by a “city-funded private patrol,” that had (according to Dale) not only slapped on two misdemeanors but informed café owners at Urth Caffe in Beverly Hills to refuse service.

As it happens, the man was not only locally known, but generally liked and well-spoken. Business owners as well as celebrities (such as Larry King) have described him favorably as a good conversationalist and a decent person. For anyone with a low income, neither of those qualities cut it in Southern California.

George Saville, the man in question, is suffering from a physical injury and legal problems, but is now stirring interest in human rights where that phrase is tossed around more often by college-educated yuppies than it is by lawyers and public servants. Saville, currently hospitalized from a recent fall, is 57 years old and well known in his community. 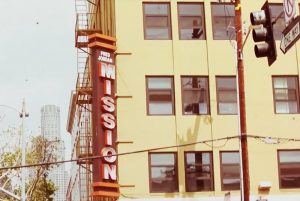 While his panhandling has reportedly perturbed the local authorities, it has done nothing if not endear him to the people who live and work in the area. Perhaps they realize how hard it can be to earn enough money to survive there. Or perhaps they didn’t earn it.

I never spent long in Los Angeles, but the deepest connection I formed in my short time working with a startup company in Beverly Hills was with a homeless man whose words sounded like the verbal equivalent of a chunky smoothie. You couldn’t distinguish much of what he was saying, but you could distinguish the fruit by the chunks.

It had been an odd day. It was my first weekend. I’d moved out of one temporary roommate situation with a successful family friend to a whopper of a failed roommate situation where my housemate basically expected me to have sex with him for reduced rent. To be fair, I had stated that I was open to a relationship, but on the condition that there would be no sexual contact within the first few weeks. I would pay some rent until we had established the possibility of a “connection.” Trashy? Yes. Necessary if I was to work in the area for longer than 2 months? Absolutely.

Of course, as soon as I’d unpacked, he revealed that he “couldn’t wait” that long. I suppose he was afraid of being stiffed (Yes, that was a bad pun).

I was still hiding that from everyone except my mother (a Presbyterian who, no doubt, was a bit horrified to discover that her daughter was a poor planner as well as a hussy) when I stopped at a drugstore. The local CVS felt familiar, thus it was a welcome sight, and so I parked. On the way in, I saw a man sitting on the curb. I began walking past, then stopped. Seattle has a troubling homeless population, and you quickly learn to distinguish the phonies from those in actual need. The fact that I would soon be in the same boat (technically, I was already sleeping in my car), hadn’t hit me.

“Sir … Are you hungry?” I asked.
“Yes ma’am,” he said, in a chipper manner quite juxtaposed to his apparent situation. I wondered if he called me ma’am because I’d called him sir.
“Well I’m getting a bite,” I told him. “Do you want something?”
“Sure!” he was enthusiastic, but not greedy.
“What do you like?” I asked him.
“Uh … Do you think there’s a bag of cashews?”
“Sure, I’ll bring some.” 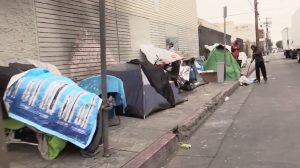 Grabbing the cheapest bag of cashews I could find (not cheap), and a discounted vegetable tray (90 percent broccoli and a day past its prime), I marveled at how California had turned on this magical stupidity switch in my mind, causing me to worry more about staying thin than avoiding hunger, poverty, or sexual assault.

Standing in line, I began eyeing the cigarettes. I rarely smoke. I walked out with a pack of cigarettes, broccoli, and a small bag of cashews, and promptly plopped down next to the somewhat disheveled man outside the drugstore. Looking at his face, I saw no signs of recognition to signal that he even remembered me, but he showed no opposition to my joining him.

We talked about art and family history for about twenty minutes as I ate veggies and he saved his cashews for later, thanking me profusely. His mind was off, but I couldn’t tell if it was good old-fashioned mental illness, a drug-induced state of dementia, or a combination of the two. He forgot several times that I bought him cashews, but showed the same measure of gratitude upon each reminder.

It was like someone sending you 18 thank you notes for the same wedding gift. Selfishly, I noted that it felt better to help out forgetful individuals, and — as an act of charity, perhaps I should feign my own dementia in the future. That is, if I don’t get Wernicke-Korsakoff syndrome from my past years of binge-drinking. (Is that possible?)

“Are these for me?” he would ask.
“Yeah, and I got the veggie tray for me, but you can have some of these too if you want,” I would reply.
“Wow,” he would say, shaking his head and smiling. “Thank you, thank you.”

His parents had died the same year. From the sounds of it, he was close to them, although it was hard to tell if he was in the neighborhood of 30 or 50 years, so I didn’t know whether to act shocked or merely sympathetic at the news. I couldn’t make out any visual cues of pre-arthritic knuckles or loose skin around his neck, so I’m guessing he was in his 40s.

As I analyzed his face and body in an attempt to decipher his age, he told me about how much he liked art — more specifically, creating art. More specifically still, he liked using pastels and colored pencils. And glitter. With that, he could “create just about anything.”

“Glitter and colored pencils,” he said. “Great combination.”
“Do you have a light?” I asked, seeing that he did, and feeling like it was a way that we could bond. He obliged, but didn’t take me up on an offer for a cigarette. Not even one.
“Those are yours,” he said. “Do you smoke?”
“Not usually,” I said. “I won’t smoke the whole pack. I’ll probably throw the rest away.”
“Well those are yours,” he reiterated.
“You have honor,” I said in a pseudo English accent, “I appreciate that.”

When it comes to giving more than you take, this man had an honorable approach, which is more than I can say for most urban planners or city officials, if this news story is any indication of how we treat those who obviously have limited resources and yet haven’t lashed out in any violent way toward the (often lavishly) more fortunate. 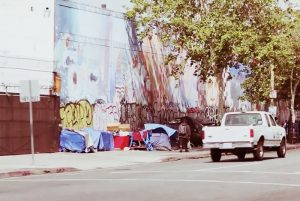 In his recent article, Holland reported that Beverly Hills has a homeless budget of “more than $800,000 for at most several dozen unsheltered people. But officials can’t give homeless people housing because they don’t have any. The city controls a single unit in a homeless housing project in Los Angeles, and has funded others — all outside Beverly Hills.”

USA.com lists the average per capita income in Beverly Hills as $81,788. That’s almost three times more than the average per capita income in California, and certainly for the average American. Right now, certain “low income housing” units in Oregon and Washington have ridiculous requirements for Section 8 Housing, and those who don’t qualify for Section 8 (due to making enough to barely live paycheck-to-paycheck) are often forced to prove they make at least 3 times their monthly rent. Even for someone who gets paid $15 per hour, which can be a tall order.

Anyone who has encountered Abraham Maslow’s hierarchy of needs has understood the theory that basic needs must be met before an individual can make progress on a deeper level. Los Angeles experimented with this quite literally with the “Housing First” program in 1988, which provided transient people with fully funded housing.

From there, the goal was to establish a home base in which the person could attain vocational, economic and social stability as well. The results have been mixed. While long-term success for the residents hasn’t been proven, the economic impact upon the cities adopting such methods have been astounding.

Seattle found that their Downtown Emergency Service Center saved nearly $3000 per person on a monthly basis by using funds to provide housing rather than fight “criminals” and lock up homeless drunks for the night. After all, it’s not uncommon for homeless addicts to admit that they have committed petty crimes in order to get locked up, if only “for a place to stay for a while.” Having worked in social services in various capacities, I’ve heard this verbatim on more than one occasion.

Reports like these can be found in works like the 2009 article by researchers Larimer, Malone, Atkins, et al., “Health Care and Public Service Use and Costs Before and After Provision of Housing for Chronically Homeless Person with Severe Alcohol Problems.”

It’s not quite as riveting as personal anecdotes or Beverly Hills celebrity gossip, but the implication of such studies is surprising. If you come from the standpoint that everyone deserves to have a safe place to sleep at night, no matter what city they’ve chosen to call home, then providing for that basic need can lessen the risk of damage to not only their rights and safety but that of the entire community.

And that’s not to mention the positive effects such efforts have on “honor,” however subjective and immeasurable.

‘Show Pony’ will keep you laughing