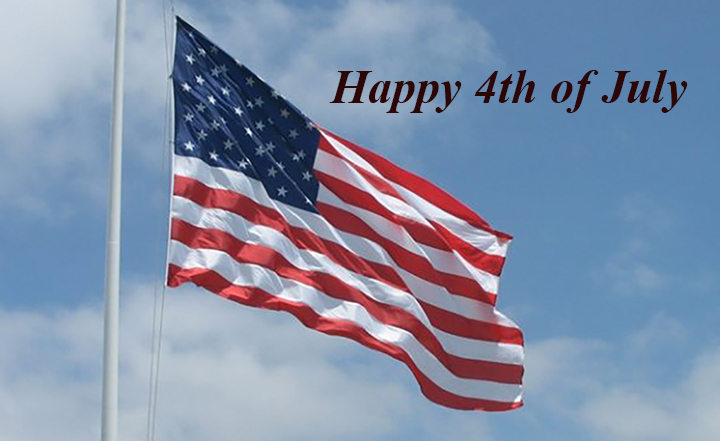 Interesting thought to ponder today: Whose independence are we celebrating? There is an easy answer of course, the one we’ve been taught these past 246 years. We have this great declaration of war we like to wave around, but who exactly was gaining their independence? — “We hold these truths to be self-evident, that all men are created equal, that they are endowed by their Creator with certain unalienable Rights, that among these are Life, Liberty and the pursuit of Happiness …”

Those men, in 1776, wanted to liberate themselves from the rule of a king that lived 3,000 miles away and the rest of the humans that lived in the first 13 colonies … eh.

Anyway, getting back to the grievances, towards the end of those grievances is this, as it relates to the definition of men, “He has excited domestic insurrections amongst us, and has endeavoured to bring on the inhabitants of our frontiers, the merciless Indian Savages, whose known rule of warfare, is an undistinguished destruction of all ages, sexes and conditions.”

Yeah, they wrote that into our founding document —  “merciless Indian Savages.” Who else might have been guilty of “undistinguished destruction of all ages, sexes and conditions?” Oh what the hell! It was a different time!

What brought this up was a meme I saw on Facebook last week. A man who is obviously of European descent asks a Native American man, “You don’t celebrate Independence Day?” The Native American man replies, “No. You guys are still here.”

Yeah … It’s kind of a downer thing to bring up on July 4th, Independence Day, 2022.  “Hey! Is that part of that critical race theory thing you damn liberals are trying to shove down our throats?” No, actually that has to do with African-Americans who were not only non-citizens, but they were enslaved and forced to work under threat of lash, mutilation and death. Some white folks in Texas want to erase slavery from our history, as if they could, and replace the word “slavery” with “involuntary Relocation.” Really. Can they keep school kids from learning about the 3/5 clause or the Dred Scott decision? Can they white wash the primary reason we fought a great civil war three-plus years after that Supreme Court decision? The Confederacy wanted to continue the institution of slavery and it was not, as some claim, on its way out.

The irony of seeing the Confederate battle flag, that promotes slavery, being waved by people from north of the Mason-Dixon Line, the MAGA nut bars.

The subjugation of Native Americans was different, but it had the same goals and results. The European conquerors and their descendants committed mass genocide on the people that were already living in the Americas, using war and pestilence to eliminate as many Native Americans as possible. In our nation’s history many native people were forced into involuntary relocation and many of them died along the way. Ever hear of the Trail of Tears?

Christopher Columbus did kidnap a few people from the island of Hispaniola and turned them into slaves back in Spain. White Europeans were big on slavery back in those days.

So, it’s with a slightly jaundiced eye that I take stock of this Independence Day. Really, whose independence is it?

Then there’s the horrors that our nation has been going through since November 8, 2016. If you have watched any part of the January 6 Committee hearings you might be wondering, “Are we a nation of laws or men?” The select committee is trying to maintain the former, not the latter. The question is: How high up in the chain of crime is the Justice Department willing to go? Will the Attorney General, Merrick Garland, take the path of former President Gerald Ford and choose not to prosecute Trump for his alleged (and well-proven) crimes, for the sake of unifying the nation?

We can’t, on one hand, declare we are a nation of laws and then turn around and choose not to prosecute someone because of their station in life.

There I go again, being picayune. We should just push aside the sins of our forefathers and celebrate the birth of our nation! Forget the sins of our current lawmakers and oath takers. There’s a certain irony that we celebrate Independence Day just a week after the U.S. Supreme Court stripped some very basic rights away from about 170 million Americans.

When our founders first wrote that declaration of war and the set of laws, women were not equal to men and the overturning of Roe V. Wade ensures that they still are not equal to men. “Just get back into the kitchen woman and whip up our favorite dinner.”

Women didn’t get the right to vote until 1919, with the 19th Amendment to the Constitution and they still do not have the right of self-determination.  Ponder that as we celebrate the 4th of July and ask ourselves, “Whose Independence are we celebrating?”

Then there are the migrants coming from South of the Border. They are coming here for a better life. What threat to our so-called liberty do they pose?

You know, the more some people spew about freedom, the less liberty we have. “America is the land of freedom and liberty so you better stand for the mother*****g National Anthem.”

I’ve always thought about the irony of that sentiment. Some believe this land of freedom should take away our freedom of choice about whether to stand for the National Anthem. And why is it played before sporting events?

The last thing is, I’m proud of my time in the U.S. Marine Corps. I did a few things I’m not proud of while a Marine, but overall I’m proud of my service. When I was serving and a few years after, people treated me and other military veterans as if we were monsters, Ten years after the end of the Vietnam War some silly fools thought we should give Vietnam vets a parade. Seriously. Just keep the Wall — and all the other monuments in the nation’s capital — clean and accessible. Don’t thank us for our service. Pound on your representatives and Senators and demand they fully fund the Department of Veterans Affairs’ medical and health care needs. There are approximately 30,000 medical positions in the V.A. system that need to be filled. Then raise the compensation we receive and give us more benefits. Add dental care to the V.A.’s health services.

Don’t thank us for our service. Contact your representatives and Senators and demand they treat our service members with the same respect as the bloated military industrial complex.

Actually this is the last thing. Fireworks mess with our furry friends and loved ones. Dogs and cats are going to cower, birds will be highly agitated — and those are just the domesticated animals. Fireworks will be just as harmful to wild animals. Do we have to do them every night during the summer?

That’s it. I’ll celebrate Independence Day with a nice barbecued meal, some beach time with the pups, but I will not ignore the sins of our nation on this day.

Finally: I was just watching the opening scenes from that HBO drama The Newsroom. America isn’t the greatest country in the world … but it sure used to be …  You know, it’s never been a perfect union, never been free from faults, and quite possibly was never the greatest country in the world. But, in fits and starts we aspire to live up to the potential our founding documents hint at, so maybe we can strive to be that more perfect union.

Actually, I will end with some Grateful Dead. Happy 4th of July.

Rape: Let’s talk about it 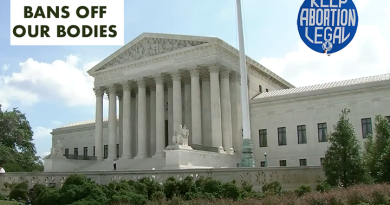 Adoption Is Not the Alternative to Abortion