In a statement from the U.S. Supreme Court, Associate Justice Antonin Scalia has passed away. He was 79.

According to reports from a variety of news organizations, Justice Scalia was in Texas with friends for a hunting trip. He went to bed Friday Night telling his friends he wasn’t feeling well. On Saturday Morning he didn’t join them for breakfast so they left without him. Later in the day someone at the ranch went to look in on him and found Scalia unresponsive.

In the statement from the Supreme Court, Chief Justice John Roberts said, “He was an extraordinary individual and jurist, admired and treasured by his colleagues,” Roberts said. “His passing is a great loss to the court and the country he so loyally served. We extend our deepest condolences to his wife Maureen and his family.”

U.S. Marshals were arranging for his return to Washington, DC for funeral arrangements.

Scalia was appointed to the court by President Ronald Reagan in 1986 and his confirmation was unanimously confirmed by the U.S. Senate. For the past 30 years Justice Scalia has been the conservative anchor of the U.S. Supreme Court, the one who held to the belief that the U.S. Constitution should only be interpreted literally, as it was written over 200 years ago.

In 1982 President Reagan brought him back into public service by appointing Scalia to the U.S. Court of Appeals for the District of Columbia Circuit, in 1982. And then in 1986 Reagan appointed him to the Supreme Court.

Conor Clarke of Slate described Justice Scalia’s style this way: “His writing style is best described as equal parts anger, confidence, and pageantry. Scalia has a taste for garish analogies and offbeat allusions—often very funny ones—and he speaks in no uncertain terms. He is highly accessible and tries not to get bogged down in abstruse legal jargon. But most of all, Scalia’s opinions read like they’re about to catch fire for pure outrage. He does not, in short, write like a happy man.”

Others have described his opinions as “entertaining.”

Scalia will be remembered for authoring the decision in District of Columbia v. Heller in which he stated the Second Amendment protected a person’s right to own a firearm in their home, which ended the district’s ban on handguns. He called the decision to make same-sex marriage legal in all 50 states a “threat to American democracy.”

When attorney Gregory G. Garre tried to speak, Scalia cut him off, saying, “They come from lesser schools where they do not feel that they’re being pushed ahead in classes that are too fast for them. I’m just not impressed by the fact that the University of Texas may have fewer. Maybe it ought to have fewer. And maybe some — you know, when you take more, the number of blacks, really competent blacks, admitted to lesser schools, turns out to be less.”

It didn’t matter to Justice Scalia that his point had already been rejected by the high court.

In this election year the justice’s death will set off a firestorm of political debate as the president announces his pick to take Scalia’s place on the bench. It is likely the Republican-controlled Senate, which will have to confirm the president’s nomination, will make it difficult for President Obama to appoint anyone.

In a statement to the press, Senate Majority Leader Mitch McConnell (R-KY) indicated his desire to stall the confirmation, and once again stand in the way of the president, as he vowed to do seven years ago when President Obama first took office. “The American people‎ should have a voice in the selection of their next Supreme Court Justice. Therefore, this vacancy should not be filled until we have a new president.”

Senate Minority Leader Harry Reid (D-NV) fired back, “With so many important issues pending before the Supreme Court, the Senate has a responsibility to fill vacancies as soon as possible. It would be unprecedented in recent history for the Supreme Court to go a year with a vacant seat. Failing to fill this vacancy would be a shameful abdication of one of the Senate’s most essential Constitutional responsibilities.”

According to his critics on the left,  over the past seven years the Republican Party has done everything possible to slow down and even shut down the government. Stopping the selection of a Supreme Court Justice would be a continuation of their strategy to try and make President Obama’s two terms a failed presidency.

Justice Scalia is survived by his wife Maureen, and nine children.

Top photo President Reagan with Antonin Scalia after his appointment to the court.
Photos via Wikipedia

America: The country we live in 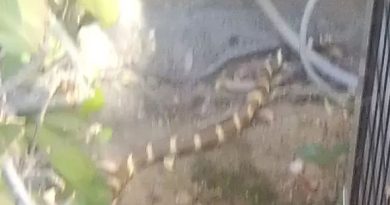 Who is to Blame? The Baby Boomers