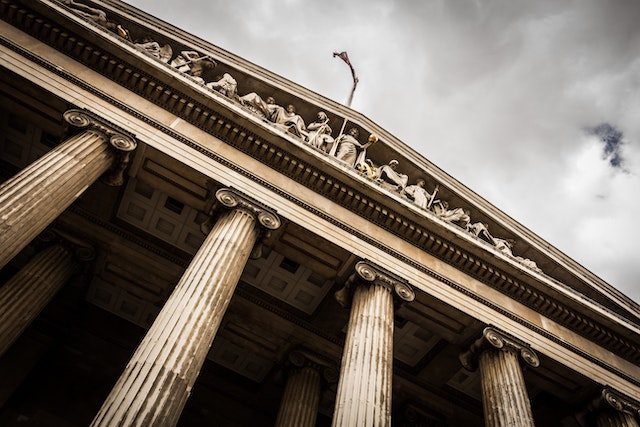 Photo by Sebastian Pichler on Unsplash

Photo by Sebastian Pichler on Unsplash

After Larry King died earlier this year, the battle for his estate quickly went into in full swing. Shawn King, Larry King’s wife since 1997, is legally contesting a handwritten amendment to the will, as well as Larry King Jr’s (King’s son) emergency move to become a special administrator of the estate. The 2019 handwritten will (also called a holographic will) omits Shawn King, and leaves King’s estate (worth an estimated $2 million) to his five children. The court date is on March 25.

King Jr. submitted the holographic will to Los Angeles Superior Court on Feb. 10. It was written in October 2019, several months after King had a heart attack and filed for divorce from Shawn King. King Jr’s emergency petition states that his father and Shawn “were actively involved in ongoing dissolution proceedings,” and “were residing separately from each other since 2019, and were living separate and apart at the time of Mr. King’s death.” According to the California Probate Code, King Jr. says he has “a clear statutory priority” over Shawn King to be the estate’s special administrator.

In response, Shawn King filed an objection. “Larry was not pushing the divorce and was generally nonresponsive and refused to participate in the divorce proceeding,” it said. Shawn King’s attorney argued the holographic will “does not revoke Larry’s former will, but purports to supersede Larry’s will as to the dispositive provisions.” She also argued the couple had two postnuptial agreements limiting Larry King’s ability to leave his children testamentary gifts, which the holographic will violates. Additionally, it’s argued Larry King was “highly susceptible to outside influences” and “of questionable mental capacity” in the past few years. When he wrote the holographic will, he was “possibly already under the influence of pre-operative medication” after a stroke. Shawn King describes the estate plan the couple wrote together in 2015 as “watertight.” “It still exists, and it is the legitimate will. Period. And I fully believe it will hold up,” she said.

In 2018, nearly 50,000 cases were filed in probate courts in California, with almost 12,000 filed in LA. These statistics highlight just how important comprehensive and strategic estate planning is for everyone not — not just the rich. An experienced estate planning attorney works to help individuals with high or low net worth create a tailored estate plan that facilitates the smooth transfer of their assets upon death. Estate plans prevent family squabbles over inheritance by ensuring that assets are handled exactly how the client intended. Specifically, it’s important to have a will in place that states where you want your assets to go, as well as a designated power of attorney and healthcare proxy to take control in the event of incapacity.

Although it’s common for people to put off estate planning, it’s a necessary process. An estate plan is the only way to ensure that your assets go to your loved ones without large tax burdens or court intervention.