Sometimes, events unfold in a way that my huge, I mean, we are talking HUGE fan base can’t wait for the month to pass and they need my replies ASAP.  Such is the case this month. Let’s look at what it is that has my fans demanding my input.

Dear Jim,
What are your thoughts on the Oprah interview with Meghan and Harry? Did you find the couple believable in their claims? Why is there so much fascination with the royal family and all their drama? After all, didn’t we fight a revolution to free ourselves of royal rule? Thanks.
Royally Irked

Let me start out by saying I only saw a few snippets of the actual interview. I have also read excerpts and like most people who look at car crashes, I watched Piers Morgan’s meltdown. That said, I have several thoughts on the whole thing.

Dear Jim,
Is the media covering the Cuomo scandal fairly or is he getting a pass because he is a Democrat? What do you predict will be the end result of this?
Curious About Cuomo

My guess is, like anything else that has to do with present day politics, it all depends on which way you lean. However, I have removed the politics from this and tried to compare this to another scandal. When women began to make claims about Bill Cosby, there were many people who came to his defense and said what a swell guy he was. Eventually, as the complaints grew and the details came out, he was left to dangle on his own.  I think this is the case with Cuomo, only now, it no longer takes as many claims to convince people as it did when the Cosby scandal broke.

Now, when you add in the politics and the fact Cuomo comes from a well-known political family, his behavior should not surprise us. What should surprise us is he lasted this long in politics because the claims, which mount and have a consistent nature behind them, are not behaviors one suddenly picks up. They are the result of what he learned while being groomed to become the governor of New York while keeping a door open for a White House run.

The fact he has not resigned or even taken a leave of absence is that much more proof to me he is completely disconnected from the real world.  In the end, we will be better off when he is finished in politics, but rest assured, there is a long line of folks chomping at the bit to fill his shoes and many will be no different than him.

Dear Jim,
WTF is going on that we can’t settle on something as simple as Daylight Savings? Why does it exist and what good does keeping it do?
Confused

If you remove Daylight Savings from your question and replace it with the Royal Family, you will see there is a connection, or rather a disconnection. There is no point in daylight savings because you can’t save light. You only get so much of it and the amount varies depending on the time of year and your geographic location, although I hear Texas claims they have bigger sunlight than the rest of the nation.

If a bill were to be passed to permanently set our clocks to a certain time, you can bet all hell would break out. First, the bill would be over one thousand pages and filled with more pork than you find at a county fair.

As if that would not be enough of a problem, there would be numerous states, I am guessing mostly those who think Trump won the election, saying, “Screw you Federal Government. You can’t tell us what time it is.” Imagine trying to figure out what time it is when 40 percent of the nation decides not to follow what Congress passes. Now, take a state like mine, California, where you will get certain counties who refuse to follow along. When it is all said and done, I see why China has one time zone for their entire nation which is about the same size geographically as ours.

All I know is I get up each morning and it is still black as night and I am usually dead to the world before most folks have cleaned up after their dinner. I prefer a sundial telling me when to wake and when to sleep.

How do you decide who or what to believe when it comes to the news? I try watching different news sources and it seems they all drift off toward opinions and brain washing instead of just providing facts and details of events. Am I right or is there something I am missing?
Looking 4 News

There was a time when Americans tuned in more to the local “Bubble head bleached blonde with the gleam in her eye,” to provide us with our “dirty laundry.” Now we tune into the Opinionated Host who uses headlines to simply entertain and brainwash us. You should be mad as hell and refuse to take it any longer.

When I watch the news, it is usually local news. The reason is simple, it is far more useful and far less dividing. Weather, traffic, and local sports updates are hard to get worked up over and are pretty straight forward. I am also more likely to find a good human-interest story about something or someone in my community to feel good about.

The national news, for me, only comes in handy when I seek facts about a major breaking story. However, once that story becomes twisted by clowns with a political bent, I am done with it. I then rely on the written word because it is far less likely to do my thinking for me than the national media.

At the moment, my biggest complaint about the written media is that too often it requires me to subscribe and pay them a fee to read their stories. Why am I being asked to pay to read a story that will end up being filled with all the same annoying advertisements free sites offer?  I may be dumb, but I ain’t stupid.

Will Trump be a factor in the 2024 election? Will he run again or serve as a king maker? Should the GOP still rely on him?
Political Junkie

Trump will be a factor as long as he does not choke to death on a Big Mac while trying to tweet from his toilet. I have already selected a terrific campaign slogan for him. TRUMP 2024: Because Orange is the New Red

I think now that we have a confirmed attorney general, it is just a matter of time before Trump is arrested by the feds. I also think it is a matter of time before he is charged by the state of New York and perhaps other states as well for some of his business and tax issues before he became president. He is likely to run for office from a prison cell and rely on burner phones passed onto him from his skinhead friends on cell block C to digitally campaign.

Trump will toy with the idea of being a king maker, but he is too risk averse to fully back one because if his choice loses, Trump looks bad. He likes to always leave himself with the option of labeling someone a loser and it becomes harder to do when you backed the guy.

As for whether the GOP should continue to rely on him, without a doubt, yes, they should. The more they rely on an unhinged self-absorbed lunatic, the easier it becomes to tune out the right. It also makes Biden and Democrats as a whole appear normal and let’s face it, after four years of normalcy, no one on the left will want to go back to the Trump era and it is likely even some of his supporters will prefer life without their lunatic leading the nation.

Okay, so there you have it. Perhaps now my fanbase can calm down a bit and make it until the first of April for my next batch of mail. Until then, wear your mask, get vaccinated, and keep writing me letters. It helps employ a local postal carrier.

Media relations: time to look in the mirror 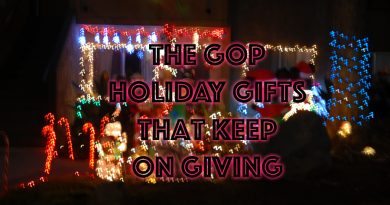 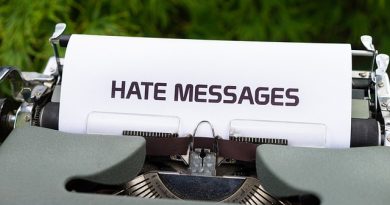