The drought is finally over, not because of the rain or our snowpack, but primarily thanks to the river of tears cried by Celine Dion fans. Turns out poor Celine did not crack the top 200 singers of all time by Rolling Stone Magazine. Apparently, several other notable singers did not make the list either including Jennifer Hudson. I began scrolling through the list and quickly got bored. It turns out the list was not much more than a bunch of writers tossing out names while trying to be as controversial as possible. You see, Rolling Stone Magazine knows controversy sells better than, “Duh, tell me something I don’t know.”

Being a sports fan, I check out lists where the source provides who they think are the top twenty-five or fifty players to play a particular sport or position. Most of the names on the list do not go back more than twenty years. One or two names go way back to ancient times like the early 90’s or the 80’s. The makers of the list would rather give their young readers names they are familiar with than an actual history lesson in the game they are a fan of.

Last year, I had a boss who was 22-years-old. He loved sports like I did at that age, so he asked me, “Who do you think is the greatest basketball player in NBA history, Jordan or Lebron?”

Before I could answer, he went on for 30 minutes debating and explaining to me his answer — Lebron. I did not mind since I was on the clock but felt compelled to educate him.

When I finally got a word in, I asked him what is the most important thing in sports? When he chimed in with “winning,” I said, “I agree”. Then I went on to remind him Bill Russell won eleven titles in thirteen NBA seasons, back-to-back titles in the NCAA, an Olympic gold, plus two high school state titles. End of debate.

He looked at me dumbfounded then said, “I’m going to have to research his career on YouTube.”

As for Rolling Stone Magazine, I can’t be bothered with any of their lists since they placed Lindsey Buckingham at the bottom of their top 100 guitarists list. The man can play lead, rhythm, and base at the same time. If you don’t believe me, check him out.

Who needs a band when you can do it all yourself?

Believe me when I say it is not a big deal when you make a list. I once made the top of a list when I was teaching. During a heated argument with the assistant superintendent of the school district that I worked for, I was reminded he was far more powerful than I ever will be which left me with no option but to remind him he was also a much bigger asshole. Turns out, when you do this, you get placed on the top of his hit list. When I say I could write a book about how suddenly my career trajectory changed, I mean I can really write an entire book. Long story short, the first eighteen years of my teaching career were great. The last twelve, a test of my will power and stubbornness.

Two weeks ago, I took my wife’s grocery list to Walmart to buy the week’s groceries. I came home feeling great because the store had all but one item on her list. I even took my time, asked workers for help finding things, and even asked a shopper about one item. Turns out I bought scallops and not scallions. I also bought skinless and boneless chicken thighs when my wife needed the opposite. In fact, most everything I bought was not the right item on the list. How the hell did I screw up on so many items?

Turns out it is not a good idea to go grocery shopping while on pain meds. Fortunately, my wife is a great cook and knows how to adjust things which must mean she is used to this from me.

Lists mean nothing. I know this as fact because I taught middle school for 21 of my 30 years of teaching. You can hand out to students a list of tasks that need doing, provide a flashy and easy to read list in large print on your front board, and even go over that list daily for three weeks and you will be lucky if anyone other than the three students in your class who have A’s follow it.

It’s surprising how many 12-year-olds disagree with a teacher’s list. Some will openly argue with you. Others will come up after class to talk about it. However, most will tell you they swear they never received the list, were absent when I reviewed it, and cannot see it posted up front because they are forced to sit behind a taller classmate.

One time, after a colleague voluntarily told her reasons why she did not like me, she asked me to give her a list of reasons why I felt the same toward her.  “There, I just told you why I do not like you. Now you tell me why you hate me so much.”

Ah, she wants a list and won’t be happy until she gets one. I am not falling for this trap. “How about because I just don’t like the person you are?” What made the reply more effective was walking away while she screamed at me to come back and be specific.

On the wall directly above the laptop I am writing from is a small white board where I maintain a list.  Today, it reads, Roses and Dr. D @ 10:00. Roses have been at the top of my list now for almost two weeks. It’s still winter and they can be pruned whenever I get to them. However, my chiropractor appointment is more urgent, but I am too lazy to redo my list and place him at the top. Maybe being at the top of the list is not all that it is cracked up to be.

I have not gone out to the garage yet to do my workout today. When I do, I will have a list of exercises to complete in a specific sequence. I do this every time I do a strength workout. I take the time to think of what I am going to do before I go out and workout. I guarantee you I will not follow my own list. I might rearrange the order or even add things to the list. If I feel like crap, I will remove things from it. However, I will not follow my own list. It turns out my lists are more like suggestions which leaves me room to do whatever I want.

Have you noticed the word list is one half of the word listen?  Whenever I am given a verbal list of things to do, it is a pointless list.  It will not stick to my teflon brain, which might be why my dad always seemed irritated with me after I asked him to come out and check off the list of chores he verbally assigned me.

Like a lot of people, I have always hated being told what to do as if there is no other way of doing something. I take it as a challenge to prove to others how things can get done just as well if not better by going about tasks differently. Whenever my ex asked me to do the grocery shopping, which was not often based on how successful I am at shopping as I have already shown you, she would list things in the exact order to get them. Start with the fruits and vegetables, move around the outer exterior of the grocery store, then hit the aisles in sequential order.

Most times, I would do the list backwards just to see if it made a difference. It didn’t. Occasionally, I would just randomly go about the list to see if I could find everything. That never worked but it got me out of the house for a longer amount of time. Other times I would just shop at another store because I was curious about how it compared to the one on her list and because I took sick pleasure in seeing the panicked expression on her face when I informed her where I bought the groceries. Like that assistant superintendent, I eventually made the top of her hit list.

Lists are rarely defacto. Most of the time, they are nothing more than suggestions. Other times, they are horrible attempts at controlling another person. Then there are lists like the recent list of top singers from Rolling StoneMagazine; attempts by a group to come up with enough material to engage their fans. They inevitably result in slights, debates, and the occasional bar fight that lands you in jail for the night, not that I would know about that.

Even I will admit, there are enough fans out there to warrant Frank Sinatra landing on any list of top 200 singers unless it is an all-female list. That said, he would not land on my list of top 10,000 singers. I just do not get what others hear in his singing. It’s not the end of the world nearly as much as just my preference in music.

Just recently, my editor, Tim Forkes, asked me to provide a top ten list of editors. I can smell when an ego needs to be fed so I set about researching, then listing and relisting editors before settling on my top ten:

If I was asked to provide my list of top 200 singers of all time, it would probably stop after twenty. To mix classic rock with pop, opera, and all other genres results in chaos. I figure the world has enough chaos so why not make 2023 the year without any lists? We will all be happier and the writers for Rolling StoneMagazine will have to actually do some work for future content.

Editor’s note: But seriously, I’m at the top of your list … right?

Liberalism is killing this nation 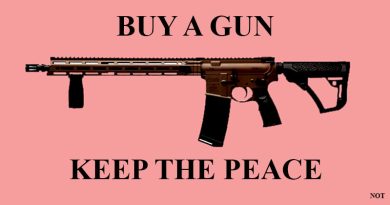