Flowers fill the fountain inside of the mall at memorial dedicated to the victims. (Anthony C. Hayes)

The Columbia Mall reopened on Monday while police still try to figure out the motive that left two people dead and five others injured in a tragic shooting last Saturday morning.

Meanwhile,  the mother of the 19-year-old gunman in the Columbia Mall shooting told reporters she has no explanation for why her son would have killed two people and wounded others.  Police could not confirm CCN and WBAL reports that the incident was domestic related and have asked reporters via the vicitm’s family not to report those allegations.

Police said Darion Marcus Aguilar shot and killed two people before turning the gun on himself.

Aguilar used a 12-gauge shotgun and fired 16 shots. Police recovered the gun and ammunition, along with some crude explosive devices made with flash powder, from inside Aguilar’s backpack.

Aguilar of College Park worked at a local Dunkin Donuts and planned to attend Montgomery Community College.  His mother said she became concerned when her son didn’t show up to work after refusing a ride from her.

She traced her son’s cell phone to the Columbia Mall.

“Darion was a good kid,”  she said. “I don’t know what happened … Darion is quiet, kept to himself.  Nice, normal, calm demeanor.

Aguilar entered the mall Saturday via cab around 10:15 a.m. At 11:15, he entered the Zumiez store, a skateboard clothing shop, on the mall’s second level and opened fire, killing Brianna Benlolo, 21, of College Park, and Tyler Johnson, 25, of Ellicott City.

Police said it wasn’t clear whether the shooter knew his victims and the victim’s family said they didn’t know him either.

The mall set up a memorial for the victims at the fountain pool near the main entrance.  By 8:00 p.m., dozens of people had stopped by to sign the condolence book or leave a flower in the still waters of the pool.

One young woman, who asked that her name not be used in this article, told the Baltimore-Post-Examiner she works at a store elsewhere in the mall.

“I wasn’t here on Saturday when the shooting happened, so today was my first time back.  I didn’t know the victims, but I’m sad – my heart is very heavy.  When I walked by the store, I could see the police tape and in that moment I could feel their loss.  I am so sorry this happened.”

Anthony  C. Hayes contributed to this report, which was first published at the Baltimore Post-Examiner.

Justice and our youth left behind by leadership 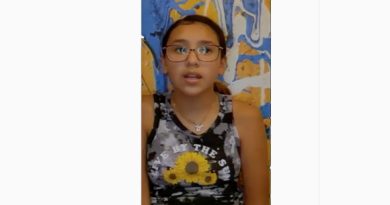 Not exactly a melting pot