It occurs to me we live in a mad world. I don’t mean zany, I mean angry, pissed off, and looking for a fight, revenge, or any chance to stick it to somebody. Now that Spring is upon us, this madness is about to go into full bloom, culminating in a summer of mass discontent. Mark my words.

Of course, every person has a good reason for their madness, just ask them and they will tell you whose fault their anger is and you will here things like it is the fault of Trump, Republicans, Democrats, Liberals, Wall Street, Cops, the insurance industry, big pharma, mom and dad, the kids, the school, the teacher, the hall monitor, the IRS, the boss, the new guy, the neighbors, the clerk, the store, the parking lot, the sun, the moon, global warming, the oil industry, Muslims, Jews, Christians, North Korea, Russia, China, Mexico, illegal immigrants, Blacks, Whites, Browns, Millennials, Baby Boomers, Gen Xers, the left handed, red heads, cable networks, the NFL, the players, the fans, and …

As a retired teacher, I can tell you I heard more than my share of excuses from students, parents, colleagues, and the state of California over 30 years. From the dog eating the homework to there just isn’t enough money at the state level for a pay raise, I have had my fill of finger-pointing and excuse making.

In 1984, when I first started teaching, we were still a nation that took the approach of rolling up our sleeves and solving a problem. Democrats and Republicans could sit down together and hammer out bipartisan agreements. NASA scientists could examine why a space shuttle blew up and work together to improve space flight. Teachers, parents, and district leaders worked together to be on the same page for the good of kids.

By the time I retired, it seemed like our society turned into a bunch of technologically dependent numbnuts who couldn’t solve the most basic problem if they couldn’t Google an answer while being able to point a finger faster than a wild west gunslinger could draw his gun and then wield it like some sort of Star Wars light saber.

In the process, we have learned to discard others for the simple excuse of failing to think exactly as we do. Have a problem with a classmate? Demand your parents email the teacher and insist on a seat change and if that does not work then text your counselor and request a schedule change, but whatever you do, don’t talk to them directly. In fact, the less you speak to anyone, the better, which is why you see kids at the cool table, and most others as well, sitting in groups texting back and forth to the person across from them.

I have actually heard teachers complain about not having access to free WIFI at school so they can use their phones. You see, they learned quickly that while the district office can monitor your work computer, they can’t monitor your smart phone. To them, it is not fair that they can’t go on line to do important things like shop on E-bay, check Facebook, or text a colleague something they would not want the District Office to know about (use your imagination).

Have you noticed how it is never an individual’s fault when he or she cannot pay their bills? They will tell you they are living within their means even though they are behind on their mortgage and unable to pay their monthly credit card bills while they are booking a two-week vacation while banking on a nice tax return from Uncle Sam.

When the IRS tells them they actually owe money, it is so unfair. Now they have to go further in debt because they didn’t bother purchasing trip insurance. Their life would be ruined if they had to cancel the trip and none of this would be a problem if they were just given a pay raise.

It should not surprise any of us we have elected President Teflon, a man that nothing seems to stick to while Hillary Velcro went down in a ball of flames. We are now enabled by a great leader to just lie, deny, and if necessary, cry foul when someone points a finger at us. The squeaky wheel no longer gets greased, it is suppose to get elected, promoted, and rewarded.

We can’t be satisfied with what we have or who we are anymore; we have to want, want, want and when we do not get it, we make someone else pay for our unhappiness. This is where the aforementioned groups come in. Don’t worry if you ruin another person’s life, you are always justified because someone ruined yours. You do not even have to ruin the life of the person who ruined yours, just pick a person or group and make them pay for your increasing unhappiness.

Right now, our unhappiness has grown to a point where we have to blame very large groups of people. This is why you see and hear the hate spewed at any large group of people you can think of.

“What are you going to do now that you got passed over for that job promotion, Bill?”

“First off, I am going to go buy another gun and then I am going to that damn rally where all those liberals are marching and hoping someone there pisses me off so I can blow their brains out.”

“Hey, that sounds like a good idea. Those bastards need to be eliminated so people like us can go back to being happy again. Good luck.”

Now, don’t think I think only conservatives are mad. The left is not any saner.

“Boss, I want to complain to you about how Jane dresses for work. I feel uncomfortable around her because it’s like she wants to rub it in my face she is in better shape than me. I don’t have time to go to the gym like she does. If I did, I’d look as good as her.”

“Barbara, there is nothing inappropriate about they way she dresses. She wears the same company uniform as you do.”

“Yes, but she gets more attention from then men during our breaks because they find her more attractive than me and that hurts my feelings.”

“So what do you want be to do about it?”

“Well, you can start by giving me paid time off to go workout or you could order her to stop socializing with men during our breaks. Maybe you could make her wear a larger size uniform so they find her less attractively.”

Now before you get on my case and start ripping on me for this article, let me tell you this is not my fault. The last few days have been a bit quiet on the news front or else I would have written about another topic. Plus, I actually happen to be happy with my life despite it not being perfect. This might be a reflection of my meds working or the fact that Spring is in the air. Either way, it’s not my fault.

At any rate, if you have a complaint about this, I am sure you will not say anything to my face. At best, you will email me directly and at worst, you will write to my editor and tell him why it is my fault this article has set into action a series of events, none of which are within your control, but cumulatively have ruined your life.

So go ahead and blame me and just know, I will just have to take it out on someone else and ruin their life. After all, it seems to be the American way.

Editor’s Note: It is not the editor’s fault either.

Top photo is a screen shot of White House spokesperson Sean Spicer.
Don’t blame him either. He just shovels it. 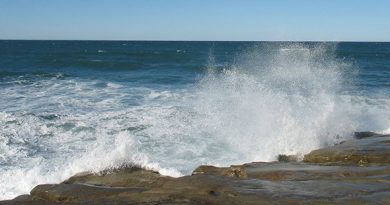