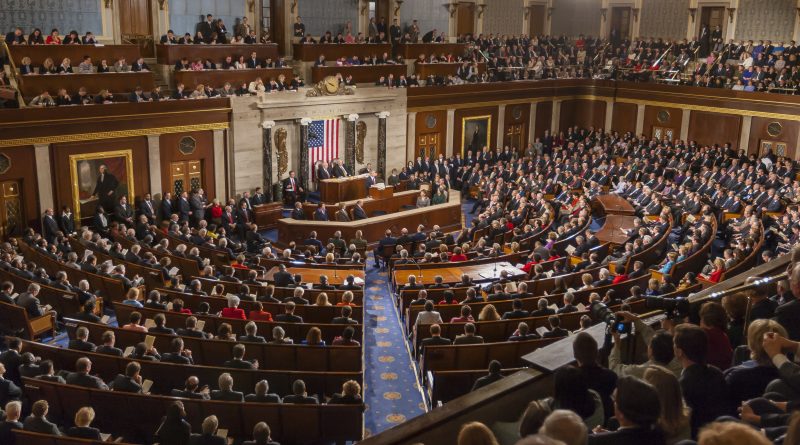 Happy New Year everybody. Yes, I’m a few days late in wishing you the best, but at least you know my heart is in the right place.

See all those Members of Congress and Senators meeting in a joint session in the featured image above?  The optics are impressive, but the substance of what you’re seeing is little more than on a par with the assemblies we all used to attend in high school. When it comes to passing significant legislation, most of all those people we elected to represent us don’t matter. Might as well be cardboard cutouts.

More often than not, the only people who count are the few of them who are the major party leadership. These shepherds of democracy herd their respective sheep in this or that direction. Increasingly, it’s more about power than the public good, more about legislative efficiency than the quality of the programs and law they approve.

Congress tends to be a reactionary body in which members respond to legislation instigated by the President or introduced by a handful of their colleagues.  Do they even bother to debate all this legislation in public, on the floor of the House or Senate?  Of course not.  What debate occurs is limited and behind closed doors inside the chambers of the Republican and Democrat caucuses.  When all is said and done, members of the House and Senate tend to vote as unanimous party blocks with minimal, if any, signs of disloyalty.  And that’s because daring to agree with someone from the other side of the aisle is generally considered to be a bad, bad thing – unless, of course, it’s them agreeing with you.

Major party caucuses are an integral, some say essential part of our legislative process and democracy.  The problem is there’s nothing very democratic about them.  Quite to the contrary.

Growing up, I admit to having had a real problem with pressures to conform.  Flash forward to 2023 and the current era of Congressional dissonance – and the age of Donald J. Trump in particular – and I find myself wondering if free-thinking and intellectual self-expression were ever a real thing.

What I’ve always loved about democracy is the freedom of it.  Everybody has his or her points of view, some similar, others significantly different than the rest of us.  We argue.  We sometimes have trouble playing well together. It’s messy, but over time we do our best, subject to the inherent shortcomings of our humanity, to work it out.  It’s an ongoing process that believes in the ultimate wisdom of the crowd.  To that end, I’m all in and thankful for being an American.  It’s not a perfect place, but I can be myself and the pressures to conform are acceptable.  Out of diversity and freedom of speech come new ideas from which, ultimately, we move forward for the better.

Not so much in Congress where caucus leadership, operating behind closed doors, uses its authority over committee assignments, campaign financing and legislative favors to force its membership to vote as a single body for the Democrat or Republican agenda.  The House doesn’t have 435 Members, each of them representing his or her own points of view and, hopefully, those of their constituents.  What it has is a handful of leaders managing how people we elected to represent us should vote.

As you may have heard, Arizona Senator Kristin Sinema recently announced that she was changing her party affiliation from Democrat to Independent.  To paraphrase the lyrics to the great song by Harry Nilsson, “she’s going where the weather suits her clothes.”  She has political reasons, to be sure.  Changing affiliation allows her to avoid the threat of a Democratic primary challenge, but her primary reason is a natural independence the caucus system wants to suppress.  A natural independence that needs bipartisanism to express itself.

So, what’s my problem with the major party caucuses?  What’s wrong with consensus building?  It all sounds innocent enough.  Like-minded people getting together to discuss common problems and formulate solutions.  But that’s not what’s happening in the major party Caucuses.

These caucuses have little to do with representative government.  Not really.  They’re high-pressure fraternities that coerce conformity among their memberships, stifling free-thinking and any expression of it ­­– political cults whose presumptuous, aging and generally out of touch managers get away with acting as if they’re the only ones who really understand what’s going on and what to do about it.

Ever wonder why so many votes breakdown according to party lines?  Now you know.

Look around at the great variety of who we are.  That diversity in the context of freedom of expression is the secret of our success.  We should be reveling in it rather than suppressing it, least of all in the great halls of our democracy.

What’s the point of sending all these people to Washington?  What’s the point of electing 435 Representatives and 100 Senators and then having only two points of view?  Formally, there are only three Independents in the entire Congress, and yet about one-third of all registered voters in those states where you register by party affiliation are Independent or Unaffiliated.

We have to do something about the major party caucus system.

I don’t know except that it’s up to the voters to elect independents, bipartisans to represent them who are willing to make changes in the rules when they take office.

I’m no fan of the Republican’s Freedom Caucus, that’s for sure, but they and other Republicans have valid points about breaking huge bills down into smaller, more understandable legislation that can be debated out in the open, on the floors of the House and Senate.  And we need to stop allowing party leadership to dole out campaign financing and legislative favors in return for the loyalty of their party members.

Les Cohen is a long-term Marylander, having grown up in Annapolis.  Professionally, he writes and edits materials for business and political clients from his base of operations in Columbia, Maryland.  He has a Ph.D. in Urban and Regional Economics.  Leave a comment or feel free to send him an email to Les@Writeaway.us.

Elections: It’s our problem to fix

Hillary Clinton will win in 2016

Hillary Clinton is in a fight with Bernie Sanders