How do you know when you’re in love, ladies? A common cliché of an answer is, you just know. But fuck that, to rebellious Nate Paladino, love comes to those who throw enough dollar bills at it, and to those who refer to their significant others as “bitches.”

Nate Paladino represents a modern day Johnny Cash, who introspectively sings about the dark side of romance behind 50’s and 60’s inspired guitar blues. Female listeners, take caution when listening to Paladino’s EP, titled Good Boy, for it’s ridiculously easy to fall in love with this new version of bluesy, bow tie, suit-wearing Elvis Presley who possesses a perfectly husky voice that springs both dangerous and romantic tones at first glance – or earful.

While Paladino sets his sights high on romance, his methods to wrangle in your heart are quite non-traditional and in end up, may break your heart. Take a listen to Paladino’s first track hit, “My Kind of Bitch,” and don’t say I didn’t warn you. How heartbreaking is it to realize that no matter how disrespectful his lyrics come across in this wave of proud newborn feminists (Emma Watson came out of nowhere), women can’t help but throw their bras and panties on stage, unless they’re the ones dancing topless on stage in the paid presence of Paladino.

It doesn’t help that Mr. Paladino’s irresistible face resembles that of a big brown-eyed puppy, locked behind a glass wall at the pound – you can’t help but want to rescue him and take him home. For those who cringe at the thought of being Paladino’s “type of bitch,” cough, feminists, don’t think for a moment that he’s run out of tricks at winning your heart and conquering your bedroom for a night or two. If being someone’s bitch doesn’t insinuate that special spark all us ladies talk about, would it help if Paladino slipped some single dollar bills in the slit of your sequin bikini top?

Now available to watch on YouTube is Paladino’s music video for his hit “Buy Your Heart,” which perfectly exemplifies the overall theme of Good Boy. Was it T. Pain who sang about falling in love with a stripper? If so, Paladino drew inspiration from that type of modern, superficial connection.

They say good things come to those who wait, and Paladino shall wait patiently for you to master the art of pole dancing in plastic six-inch heels. Only then will he serenade you with the lovely, toned down “Come Back Home” ballad and rose petals.

Good Boy features six ballads, which stray away from the typical musical pattern of verse-chorus-verse. Instead, front man vocalist Paladino and his brigade of back up vocals, two bassists, two keyboardists, and a drummer, transform his brutally honest EP into a public diary being read out loud to those who believe in a different type of love that leaves traditionalists with raised eyebrows.

Sophie is a recent graduate from Arizona State University with a BA in Film and Media Studies. Born in London, and raised in Prague, she is a natural born traveller, which led to exploring Southeast Asia and most recently, Alaska. Whilst traveling, she’s expanded her knowledge and passion for foreign film and music. Upon moving to Los Angeles, she’s worked on television sets, a 2014 Sundance short, and participated in a live taping of “America’s Got Talent.” Sophie’s attentiveness for music began at seventeen, when she first gained access to the senior lounge’s speaker system, and often got into trouble for blasting explicit lyrics through her high school’s hallways. In her free time, Sophie spends countless hours at the movies, tattoo parlors, and local dog parks.

Periods: Men just don’t get it 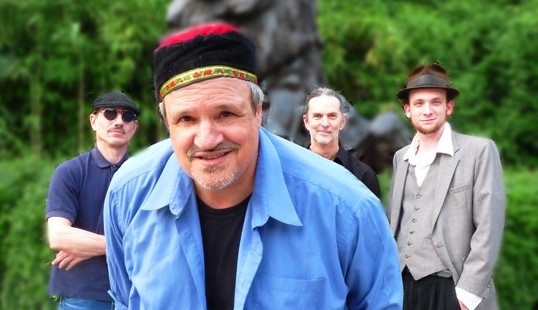 Wedding dresses: To sell or not to sell