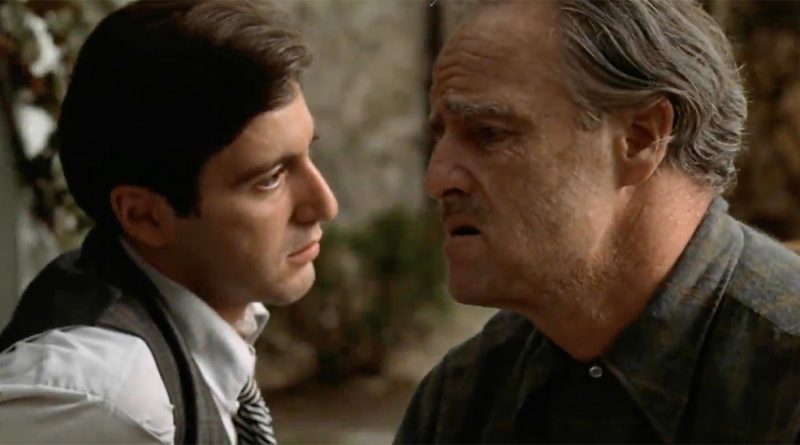 I would like to start with a quote from the late Queen Elizabeth II “Grief is the price we pay for love.”

One of my few great traits (or many faults) is my ability to quote dialogue from my favorite movies. It’s most apparent when I’m watching the original The Godfather, with the incredible cast of Marlon Brando, Al Pacino, James Caan, Talia Shire, John Cazale, Robert Duvall, Abe Vigoda, Richard Conte, Sterling Hayden, Richard Bright, Morgana King and a list that could go on.

There’s the obvious stuff: “I’ll make him an offer he can’t refuse.” Or, “Leave the gun, take the cannoli.” Or “What are you worried about, if I wanted to kill you, you’d be dead already.” Or, “I have a sentimental weakness for my children and I spoil them, as you can see. They talk when they should listen.” Or “What’s the matter with you? I think your brain is going soft with all that comity you are playing with that young girl.”

That last one is important because in The Godfather III, or as it is called now, Mario Puzo’s The Godfather Coda: The Death of Michael Corleone, the bastard son od Santino Corleone, Vincent Mancini, becomes the new Godfather when Michael announces he is going into semi-retirement and eventually full retirement.

If we look back on the first of the Godfather movies, we see Santino “Sonny” Corleone cheating on his wife with the Maid of Honor from his sister’s wedding, Lucy Mancini, played by Jeannie Linero. The affair started at the wedding and only ended when Sonny was gunned down on the Jones Beach Causeway. That affair produced Vincent — who never met his father — and he would become the heir to Godfather Michael Corleone. Michael’s son Anthony became an opera singer and young Mary … well, being a mafioso was strictly a man’s game, although Connie, by the time of Godfather III was a trusted advisor to Michael and was equally ruthless.

Connie: “Now they will fear you.”
Michael: “Maybe they should fear you!”

I have always said it had to be comity, which, according to the definition, makes more sense. Sonny and Lucy aren’t having a comedy show, they are having sex. Either way, the affair brought us Vincent.

Here’s another point I would like to bring up: When Godfather  Part III was first released in December 1990, it just had that title The Godfather Part III. The studio, Paramount rejected Mario Puzo’s and Francis Ford Coppola’s title, The Death of Michael Corleone.

The title becomes a bit of a spoiler by telling us Michael Corleone will die at some point in the film. To be fair to the writers and director, it doesn’t give away all the other shocking plot twists and jagged edges.

Usually, I side with the directors in these types of little conflicts, but not this time. The studio was correct to use the original title, not Coppola’s. Now, with the re-release Coppola put this unwieldy film title on it. They should have stayed with Paramount’s title. “But that aside, let me say that I swear, on the souls of my grandchildren, that I will not be the one to break the peace we have made here today.”

That quote doesn’t really fit the sub-topic, but it is still a good quote

Another film franchise I like to quote endlessly is The Matrix. Like when Morpheus casually tells Tank to load the jump program. Neo is being asked to take a leap of faith, to believe everything he’s been told about the Matrix: It’s just a computer simulation to control the human race so they can be used to provide energy/power for the machine world.

The scene that always gets me though comes after the jump program, after the agent program and the visit by the squiddies. It’s Cypher, played by Joe Pantoliano, as he is eating a steak with Smith, the head agent played by Hugo Weaving. Cypher knows the steak doesn’t exist, the Matrix is telling his brain that it is juicy and delicious. His response to those truths: “Ignorance is bliss.”

Just writing about it makes me hungry for a steak so tonight I’m having  22-ounce ribeye. As usual I will be saving at least half for another meal.

Now, if you liked The Matrix, you remember the scene when Morpheus offers Neo the two gel caps, Red and Blue. With the latter he wakes up in his bed with a terrific dream to talk about. The red gel cap will take Neo farther down then rabbit hole to learn exactly what the Matrix is what is true about the human race and earth. But what does Morpheus say, exactly?

“You take the blue pill, the story ends. You wake up in your bed and believe whatever you want to. You take the red pill, you stay in Wonderland, and I show you how deep the rabbit hole goes. Remember, all I’m offering is the truth.”

We see Neo’s reflection in Morpheus’s glasses and then as Neo swallows the red pill, right on cue there is a crack of thunder. Wow, what a superbly directed/created piece of art. Some will disagree, but that’s okay. I’ve never been a fan of the film ET. Everyone I know loves it, still. That’s okay, we don’t have to like what any one else likes. I didn’t like Avatar. I won’t be spending money to watch the reboot.

My point though about the red pill/blue pill scene is that Morpheus never says “take the red pill or the blue pill. In the first three Matrix movies there are some very memorable quotes, like this one from the Merovingian, “Choice is an illusion created between those with power and those without.”

In The Matrix Reloaded, the Oracle tells Neo, “What do all men with power want? More power.” Ain’t that the damn truth!

Mouse, who gets killed in The Matrix, tells Neo, sitting at a table with the crew of the Nebuchadnezzar (I had to look up the spelling) and Mouse is pontificating on his many accomplishments as a coder. He’s explaining he can digitally, in the construct, set up Neo with the Lady in Red. The rest of the crew derisively responds so Mouse says, “To deny our own impulses is to deny the very thing that makes us human”

Mouse was right and as a normal, heterosexual man, having virtual sex with the Lady in Red sounds like a great idea … okay, we can stipulate I’m not normal, exactly … never mind.

We can stipulate that the bad guys, i.e. the agents, had their moments too. When Agent Smith had Morpheus chained to a chair while trying to extract the Zion access codes, Smith tells Morpheus, “Human beings are a disease. A cancer of this planet”

Smith also tells Morpheus that humans are not mammals, but instead are viruses.

Then there is, what I might suggest, is my favorite quote from The Matrix, said by Morpheus as he gives Neo an education about the reality of the machines and Planet Earth. “Fate, it seems, is not without a sense of irony.”

Why am I going on about quotes from two film franchises? I’ve been watching the news and now the media has fallen into the misinformation hole, echoing the bullshit said by Trump’s attorneys. What documents are classified, which are not. It’s bullshit. The Presidential Records Act explicitly says no one, including presidents, can take documents home. No exceptions. If a president (or anyone else) wants to see some documents it has to be cleared by the National Archives.

To be honest, I’m not caring much right now. If and when Donald J. Trump in indicted I will get engaged once again.

You know what movie I just saw — again — Butch Cassidy and the Sundance Kid. There are some memorable quotes in that film.

“Who are those guys?”

My suggestion: enjoy the movies.

Stella! One man’s journey into acting

The Matrix Resurrections: It Is the Question That Drives Us 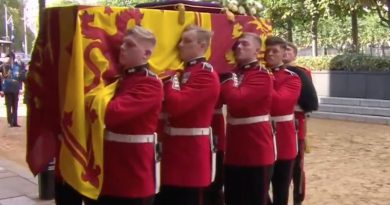