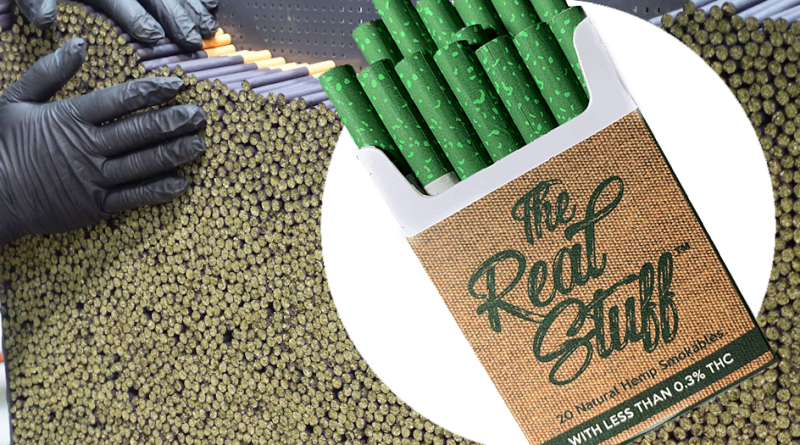 Self-reports in a Gallup poll revealed that marijuana use among Americans has increased to 48%. The significant increase is a far cry from the paltry 4% of users when the poll was first conducted in 1969.

Interestingly, tobacco cigarette smoking continues to drop as marijuana’s popularity takes root among the population. Today, 11% of American adults admit to being nicotine cigarette smokers, a massive drop from the 45% polled in the mid-1950s.

There is a high probability that Cannabis use will continue to increase as tobacco smoking fizzles out. More states across the country are warming up towards legalizing it.

Until recently, the majority of jurisdictions regarded marijuana as illegal. However, the public perception has shifted the course for various jurisdictions to legalize pot. Most individuals believe it isn’t harmful to users or the public.

The opposite is the situation for tobacco cigarettes, whose dwindling popularity many individuals attribute to their long-term harmful effects on smokers. According to the CDC (Centers for Disease Control and Prevention), nicotine smoking is responsible for 1 in every five deaths in the USA annually. Americans are aware of the dangers of smoking cigarettes, hence their negative perception of it.

In contrast, 53% of respondents in a recent poll think Cannabinoids have positive effects on its users. This trend explains why Cannabis use is outpacing tobacco smoking faster than we think.

The mindset shift presents lucrative opportunities for those willing to venture into the marijuana, hemp, or CBD business.

Hempacco, a San Diego-based company, is set to reap big profits from the use of Cannabis by-products. The company makes nicotine-free hemp cigarettes, helping disrupt the tobacco industry. It avails healthier alternatives to cigarette smokers who wish to eliminate nicotine from their recreational smoking.

Hempacco has upscaled its operations to receive an approving nod in the industry. The 15-employee firm has grown to become one of the only two companies in San Diego, California, that has launched an IPO (Initial Public Offering) in 2022.

On 29th August 2022, Hempacco raised $6 million in the IPO, selling 1 million shares. Trading under the stock symbol HPCO, a share at Hempacco currently goes for 2.24 USD.

Next on the firm’s list of achievements is that Hempacco will ring the Nasdaq Bell on 23rd September 2022. Hempacco will get access to an hour of absolute advertising on Nasdaq’s Marquee and Tower during the hour of the opening and closing bell.

A creative team will help the brand produce a 30-second advert with no audio for display. The ad will alternate with a Nasdaq welcome message plus live photos from inside the studio, creating a magnificent impression of the brand.

“It doesn’t matter if it is a very seasoned CEO or a guest of the company-it’s that ‘wow’ moment of seeing themselves on the seven-story tower. It’s an emotional moment when they’re here.”

Ringing the Nasdaq bell will lead the way for the San Diego company’s Hemp cigarettes to stamp their presence in the market and attract the attention of stakeholders. It also symbolizes a celebration of the achievements the firm has garnered so far.

Hempacco has also commenced the sale of CBD cigarettes through a strategic partnership with Cheech & Chong. The two firms formulated the joint venture agreement in January 2022.

Cheech & Chong and Hempacco are set to collaborate and develop more unique products, according to Sandro Piancone, the CEO and founder of Hempacco. The products include three blends in Hempacco’s hemp blunt wraps and smokables, with the brand leveraging Cheech & Chong’s popularity to improve the products’ sales.

The partnership with James Lindsay’s multi-million dollar franchise is set to benefit Hempacco greatly. It is because of Linday that convenience stores globally have stocked ‘Rap Snacks’ on retail shelves and become a household name in urban America.  Each of their snacks is linked to a popular Hip-Hop music artist.

What artists have a Rap Snacks flavor? According to the official website —  Cardi B, Lil Baby, Migos, Trina, Lil Boosie, Lil Yachty, and Romeo Miller.

Hempacco could use the same influence to popularize their products among former or current tobacco smokers willing to try hemp smokables. This demographic represents a significant fraction of the smokable hemp market. It is also expected to be the primary target of hemp cigarette manufacturers over the next five years.

As Cannabinoid use continues to amass more popularity, so is Hempacco’s quest to be a force to reckon with in the United States.

And don’t think the San Diego company is only limited to smoking products.    Just as VeChain recently announced its partnership with TruTrace Technologies to authenticate Canadian marijuana products, Hempaco is also looking towards the future.

“We will soon accept crypto in our store and might create our own cryptocurrency. More as a club style than a currency for trading,” said a representative of the Hemp cigarette brand to a CryptoCoinOpps.com writer when questioned about their stance on digital currencies.

Like Vechain’s ideology for using cryptocurrency to verify the authenticity of Cannabis products in Canada,  Hempacco’s token could be of similar utility.  Hypothetically club members could use the company’s token to purchase goods and certify its authenticity  at the same time.

The company has yet to reveal the cryptocurrency’s launch date or crypto symbol, but the crypto’s name would likely include or be exactly, Hempacco.

After the ringing of the Nasdaq bell Friday, it’s highly probable prices will begin an upward trajectory.  Further expansion into new products, partnerships with additional pop culture influencers, and as Tobacco users lean towards Cannabinoids it seems the San Diego brand has the foundation of a future powerhouse.