It’s Super Bowl Week here in the Phoenix, Arizona area and we are at the NFL Experience. Every year during Super Bowl Week the NFL partners with one of its sponsors and puts together an interactive show for the fans where they can pass like a pro or try kicking a game-winning field goal. It’s a chance for fans to meet NFL pros from the past and present and take part in clinics about playing the game.

For the youngest fans there is the NFL Play 60 Zone, which encourages kids to get outdoors and play for 60 minutes. They also teach Heads Up football, the art of tackling without using your head. Fans can look at NFL history with past Super Bowl rings and the Vince Lombardi trophy itself.

The Super Bowl Store is open late so if you are looking for that special souvenir from Super Bowl XLIX this is the place to find it. Many of the items won’t be on sale at the stadium on game day.

If you’ve never been to a Super Bowl, or been around in a Super Bowl city during Super Bowl Week, the NFL Experience is one big reason to make the trip, even if you don’t have tickets to the game and watch it from inside a hotel room.

Below is my video report. 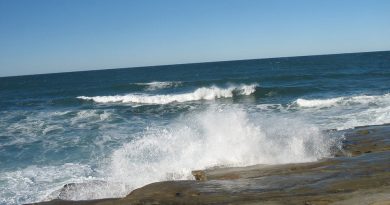 Defeating the Trump Cult Should Be the Top Issue in November

Rams Fanfest at Coliseum a success