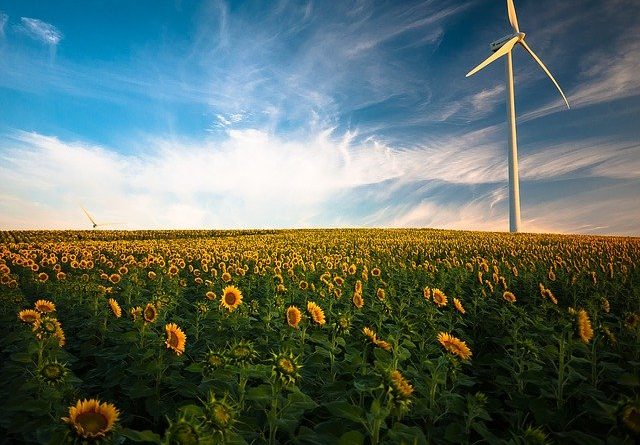 Image by Pexels from Pixabay

Energy access is an area of great inequity. Locations with affluent occupants often find it easy to bounce back when there’s a problem with the power grid, while in low-income neighborhoods, residents are forced to rely on only one power source.

The lack of access to affordable options is the primary reason for their sole dependence on the grid. When Hurricane Ida wiped out power in southeast Louisiana, those who relied on one source of power faced horrible conditions, says Thomas Neyhart, CEO of PosiGen.

If the past few decades have taught mankind anything, natural disasters and climatic conditions have caused severe grid disruptions. But Neyhart hopes to change that, and says that it’s about time we explored ways to make renewable energy accessible to everyone.

Thomas Neyhart and the PosiGen team provide access to renewable energy to low-income communities. From the company’s mission and vision, one thing is clear: PosiGen is a catalyst for promoting renewable energy by removing barriers and building capacity. “Access to modern, renewable energy services supports health and education. It is also increasing resistance to climate change,” says Neyhart.

One of the main barriers to accessing renewable energy is financing. This barrier leaves many people who can’t afford solar and energy efficiency upgrades unable to enjoy the benefits of renewable energy. Most solar programs require homeowners to be able to afford large down payments or have high credit scores. “Truly, the cost of installing a solar system is high,” says Neyhart. Solar panel fittings are going to cost anywhere from $10,000 to $20,000, based on the size of the house and the power you’re going to use. Then there’s the battery, which can be another $10,000.

“When the company launched, we pitched investors on the idea of leasing solar panels to low-income customers without checking credit scores,” says Neyhart. “We got laughed out of people’s boardrooms.” That didn’t stop Neyhart and PosiGen; they kept pushing, and strategic partners came along.

Neyhart and Senior VP of Lease Management & Customer Care Lisa Neyhart weren’t oblivious to the cost at the start of PosiGen. But the question of how to make it accessible to those who could benefit the most from lower utility bills was heavy in their hearts. “We said, how do we craft a program where we can start saving people money from day one?” says Thomas Neyhart.

The company relies in part on solar tax credits offered by the government. These tax credits allow the company to access loans from banks and other financial institutions for solar panels. The panels are then leased to homeowners for no cost and no minimum credit score requirement. The system must save residents money on their electricity costs to be effective. To achieve that, PosiGen performs an energy-efficiency upgrade on the properties.

PosiGen is making solar accessible by focusing on the democratization of solar. It’s the only for-profit solar company in the country that doesn’t approve systems based on FICO score or income, instead focusing on educating people on the benefits of renewable energy and saving them money.

PosiGen’s business model thrives in states where renewable energy and energy efficiency are a priority. In states like Louisiana, Neyhart observes that these issues are not a priority to leaders. “When you look at the Public Service Commission led by Eric Skrmetta [in Louisiana] back in 2019, they completely eliminated retail net metering,” says Neyhart. “I found it funny that this program that was helping to encourage people to go solar wasn’t an incentive.”

For renewable energy to be accessible to everyone, government support to make renewable energy the norm is crucial. The success achieved with the program in Philadelphia is evidence of what can happen if both parties work together. “The city of Philadelphia approached PosiGen to help bring solar and energy efficiency to lower-income communities there,” says Neyhart. “And we’ve been doing a great job there.”

Over the years, PosiGen has seen a lot of bipartisan support from both Republicans and Democrats. Thomas Neyhart pointed out that politicians like Sen. Joe Manchin (D-W.Va.,) have made it public that he’s focused on the climate aspect of renewable energy. He also plans to encourage renewables and new high-tech jobs.

When solar is affordable, more people are likely to invest in the technology. By creating prices that suit the members of a community, the chances are they’ll be more inclined to accept the offering. “Once people accept our service, it’s interesting how involved they get. I know some of our early customers are now members of climate change groups. They are actively out there, lobbying and trying to get the message across.” says Neyhart. “And people ask us all the time how they can reduce their carbon footprint.”

Since its inception, PosiGen has helped over 20,000 families, built a 500-plus team, and saved families up to $17.6 million. This growth is a strong indication that the company is doing something right and people welcome the idea. This year, PosiGen is expected to expand its operation to Massachusetts and Rhode Island. According to Neyhart, they’ll be in all corners of the U.S. in five years, helping as many families as they possibly can.

PosiGen is making an effort to be at the forefront of working with the private sector to promote the accessibility of renewable energy. They’ve worked with Connecticut Green Bank on Solar for All, a partnership program. “It’s been a fantastic relationship. Connecticut is our largest market,” said Neyhart. The partnership was able to support more than 3,000 solar set-ups for low- and moderate-income homeowners in Connecticut.

Under the leadership of Thomas Neyhart, PosiGen has been instrumental in putting renewable energy on the agenda of most states. The company promotes the deployment of renewable energy technology in the form of solar energy systems. This alternative power supply provides homeowners with an option that reduces their utility bills.