It’s been a while, but it is another middle of the night and no sleep for me. Oddly enough, twelve hours ago it was all I could do to keep my eyes open. Even stranger, I can’t say I am awake due to pain. There’s a full moon which never bodes well for decent sleep, but I normally can manage four or five hours before the strangeness of my dreams tell me I am wasting my time. Maybe it was the headline I read earlier that said people who nap frequently are more prone to Alzheimer’s. I wonder if there is a study that says the more headlines we read, the more likely we are to die from lack of sleep.

Tonight, I have my bladder to thank. At least on the surface that is what it appears to be, but if I dig deeper, and I already have, the culprit is more likely my liver and kidneys. Two days ago I had another epidural for my neck and all I can surmise is my body is cleansing itself from the toxins from daily pain medication use.

If I am lucky, an epidural provides me with three months of decent pain relief. Usually by two and a half months I am beginning to feel the initial onset of symptoms that come from using my head as a shock absorber from a collision with a tree trunk. By the three-month mark, I am feeling a significant amount of discomfort and the effects from poor sleep. Here is where pain medication, in my case, Hydrocodone, comes to my rescue, or maybe my downfall.

Logic would say I receive another epidural at three months rather than jump down the pain pill rabbit hole, but as we all know, logic and medicine do not always go hand in hand. However, there is some logic, or so I am told by the pain clinic, why I must endure a hellish six weeks before my next epidural. I am told I cannot receive more than three epidurals a year for the same location because the medicine used in it makes the bones in the area injected brittle. Since this is my neck, it can result in enough deterioration to warrant major neck surgery.

Since I am trying to avoid major neck surgery to begin with, I rely on epidurals to give me a break from medication that is highly addictive. But after six weeks of at first needing a little to take the edge off to let’s just say using more than I am prescribed for daily use, even someone like me who values his health and physical condition as much as I do must admit my body might not react to the sudden stoppage of them. “No pain, no pills,” I say, and since yesterday did not warrant the use of any, I can only guess my body decided to do what it is supposed to when it has stopped being exposed to poison; cleanse itself.

Between 9 pm last night and 1:30 this morning, I managed to pee away three pounds. I also felt wired, as if I drank coffee after dinner, and sweat through one set of pajamas and a good part of another. I can’t kid myself into thinking this is all a good thing when good would be not needing the medication. However, since at no time I was wanting to take anything for pain, what’s a few trips to the bathroom and a night without sleep?

Back to logic You might be thinking I must be an idiot and should just go ahead and get the surgery. It’s not that simple. By my count, I have had ten surgeries as well as survived an accident that should have killed me. I have managed to get through all of these with next to nothing in terms of pain medication. Ice packs are usually all I relied on. In each instance, the surgery was explained to me in a way I was convinced was going to fix a problem and, in each case, it did  However, my neck is such that I have been told it “might” fix a problem, but it “won’t” solve my issue with pain. The real source of my pain is not inside my neck, but rather, just outside it where there are no surgical cures.

If I am going to live with pain, why have a surgery that leaves me with the same range of motion for my neck as Herman Munster had? By the way, he had to be on some serious pain meds if you stop to think about how happy he was all the time.

I have come to the conclusion we are all icebergs. We slowly float along and what others see of us is just the surface of something far deeper and more complex than we want to consider. We do not see the pain in others because for the most part, we try to hide. Why ask someone for help when we can feign happiness and not dredge up our misery?

Life is filled with many sources of pain and unraveling it all and making sense of it is difficult. Humans like to keep things simple which is why we get talked into so much bullshit by our leaders. It’s not that we are not able to fathom the complex, we just do not want to be bothered with it.

If Russia invades Ukraine, we should just bomb the shit out of the Soviets and be done with it. If gas is five dollars a gallon, we should all use buses to commute. If Junior talks back to you, just smack him a good hard one. If life in your state sucks, just move to another one.

Life is not nearly as simple as some make it out to be. Simple is not doing without nearly as much as it is not wanting anything beyond the basics. A perfect example is our coffee. Our culture began a free fall when Joe DiMaggio introduced us to the Mr. Coffee coffeemaker. In the last fifty years, we have gone from it to demanding we have our Starbucks because we need our caffeine fix. Apparently, instant coffee is not satisfying enough so we drive our cars to wait in line to tell a box our order and pull around to pick it up to take it home or to work to enjoy only for it to spill when the jerk in front of us forces us to slam on our breaks. Ah, the taste of coffee.

One showing of the Princess Bride, and you learn, “Life is pain.” Man’s quest on this planet may well turn out to be how to avoid it in the first place. Since ignorance is bliss, and man has presumably evolved past its knuckle dragging ways for more complex offerings, we turn to a variety of ways to forget our pain. Hydrocodone, pot, alcohol, food, sex, work, thrill seeking, or just taking pleasure in knowing others are more miserable than ourselves are our preferred methods.

If you have ever been in therapy, you learn in some form or other we are all houses of pain. Who or what is the source of the pain is examined before getting into the why. However, in another cruel twist of irony, the patient must be willing to endure a great deal of pain in the form of reliving the past to move beyond it in a way that allows them to live pain free. Of course, we have complicated this by placing a huge stigma on people for seeking mental health treatment while turning it into a cash business by making it available in limited quantities to those who have an affordable health plan.

Life is not nearly as simple as that to-the-point meme we stumble upon. Life is just the tip of the iceberg and for the most part it doesn’t want to be bothered so it hides the bulk of itself from all to see, even those we are closest to.

Finally, one more movie quote. “Be nice.” Unless your name is Dalton and you can personally take on and destroy all the evil of the world, be nice. That iceberg may well be on the verge of extinction and being a prick is not going to increase their life expectancy. It takes less energy and yields better results. Now if you will excuse me, it’s time for my second cup of coffee and in case you are wondering, it is instant.

Mental Health: The time to talk about it is now 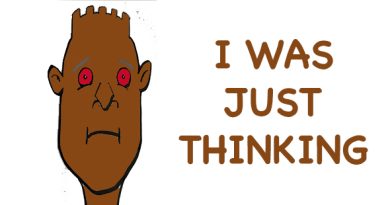 Zeal at Zero, Think and Then Don’t Bother