A major talking point in 2020 heading into the election will undoubtedly be COVID-19. The pandemic is something that the entire world has had to deal with, and it could be an ongoing issue for months and even years in the future. Brock Pierce, a 2020 independent presidential candidate, believes that for the United States to get back on track, the right leader needs to be in office to avoid further missteps and scandals.

The current administration has dealt with numerous missteps that have the country in his current situation. For starters, the current administration faced a lot of backlash for the cutting of jobs and general undermining of the US Centers for Disease Control and Prevention. Known as the CDC for short, in the past, they have been at the forefront in situations like this. They were limited from the start on figuring out plans to reduce the spread of the virus, and they have been playing catch-up since.

President Donald Trump cut several key positions with the CDC in 2018, and those openings never filled up again. The entire institute scaled back in some ways, which is a terrible look now that COVID-19 has put a stranglehold on the country for the last several months. There are even proposals to cut further CDC activities in place for 2021 currently.

Warning signs have been around for quite a while that a virus very similar to the COVID-19 pandemic could cause serious issues worldwide. It was not a matter of if, but when a virus would have such a huge impact on different areas around the world. Preparation is the key in fighting other potential pandemics off, and the Trump administration did not do enough to keep the spread in check.

To make matters worse, the current administration has also had several missteps handling the outbreak once it impacted the United States. There was the spreading of misinformation, the lack of national mandates and instruction, and so much more. While Pierce understands that no president prepares to handle something of this magnitude, he believes that COVID-19 would be much more under control with a different leader in office. The United States needs a leader willing to listen to experts and make science-based decisions. The current administration has politicized decisions too much, ignoring advisors time and time again.

Pierce believes that he is the right fit for the job not only to navigate the country through this global pandemic, but prevent any future outbreaks with viruses as well. By working directly with experts, the better use of technology while putting increased focus on finding any potential threats, the United States can be a much safer country overall. Taking calculated actions puts the country in a better situation to get past these trying times. 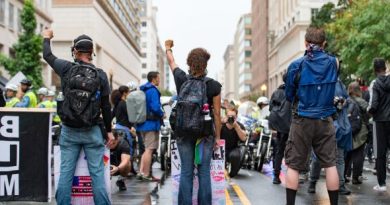