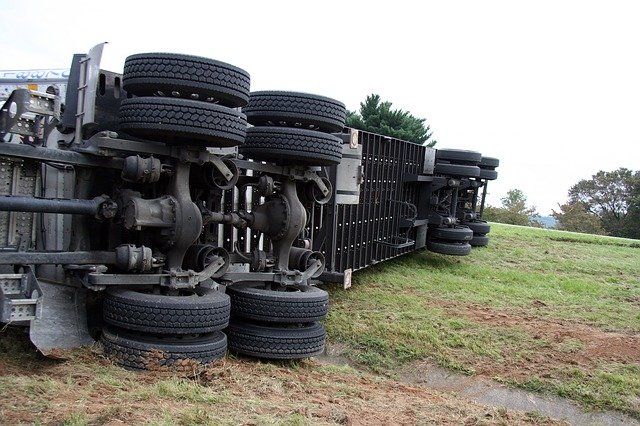 Image by Denise McQuillen from Pixabay

Image by Denise McQuillen from Pixabay

A person who gets involved in a crash while driving a rental moving truck should start by securing his or her safety and assessing the injuries. He or she should then call the police, notify the moving company, and gather information about the crash. Knowing exactly what to do after a moving truck crash can help a person gain the necessary confidence to suppress the fear and confusion he or she may feel.

After buying a home, people usually look for ways to minimize costs when relocating. Renting a moving truck can be a more affordable way to relocate than hiring a moving company. Besides saving a person a significant amount of money, a moving truck rental gives the individual the flexibility to choose when to start and end his or her move.

Despite their cost-saving and flexibility benefits, moving trucks carry many inherent risks. They are difficult to control in tight spots or when negotiating corners because of their large size. They also have bigger blind spots than most drivers anticipate. For these reasons, moving trucks have a higher risk of getting involved in a crash than passenger sedans.

Taking the Right Steps After A Moving Truck Crash

The Insurance Institute for Highway Safety (IIHS) reports that more than 60% of all traffic accident deaths in 2018 happened due to multiple-car crashes. Individuals driving behind a crash when it happens, particularly on busy highways, have less time to avoid rear-ending the cars in front.

Moving to safety right after a truck crash can be instrumental in preventing a multiple-vehicle crash that could wreck a moving truck and cause further injuries. If a person is unable to move to a safe location immediately, he or she can signal other drivers by turning on hazard lights.

Immediately after moving to a safe location, the driver should check himself or herself for injuries. If the driver requires immediate medical assistance, he or she should call 911 to have emergence medical services dispatched to the scene. He or she should try to be as detailed as possible when describing the injuries to the dispatcher. The driver should also undergo a medical checkup even if he or she doesn’t have any apparent injuries.

Collecting Information About the Crash

The driver should gather detailed information regarding the crash, including the other driver’s name, contact details, license number, insurer, and employer. He or she should also gather witness statements and take detailed pictures of the scene.