OPEN LETTER TO THE SPEAKER of the HOUSE:

Thank you for holding public impeachment hearings, and I hope you and the House can get this done, impeaching the crime boss Trump, in a few weeks. Before the end of the year. The Senate will drag its collective feet for months, maybe until November 2020—which doesn’t matter because Trump is anathema, secretly, to everybody in the Senate who is worried he will sink them next fall. And he will. The damage is already done. The Republicans are cooked. And they are crooked, too. Thank God for the Democratic Party. Too bad Republicans today are such horrific assholes like Nunes, Jordan, and a few other terrible Trump backers.

He worked closely—Trump did—with Putin and the Russians (check “Helsinki” story) to steal the 2016 elections and then tried to blame everything on Ukraine and U.S. personnel working for diplomacy there, and facilitating delivery of $400 million in essential, critical, military aid to combat — guess who — Russia! Wow. What a “coincidence.”

These U.S. people like Fiona Hill are loyal to America and our efforts to bolster and encourage Ukraine and they get super pissed when some Little Lord Fauntleroy—Trump—comes riding up on his bicycle wailing and screaming and doing illegal things that undermine U.S. national security. We cannot tolerate that. No way. Trump is anti-American and an enemy of the state.

Trump would dissolve the House if he could, and that would trigger an immediate civil war. About 150 million Americans would take to the streets over that—and if he uses Russia to steal the 2020 election. We Americans will rise up if Trump-Putin steal another election. We do not fear evil men and their evil plots, for the Lord is all-powerful and He will exact His wrath in time. Karma comes around.

Trump capriciously ordered a 35-day government shutdown a while back as his childish tantrum trying to force Democrats to give in by punishing many government workers including the U.S. Coast Guard—vital search-and-rescue personnel went without pay for a month! And Trump did this as a 13-year-old stunt to force the House to approve funding for his wall—a wall that Trump said he wanted to have a big moat filled with water, alligators, venomous snakes, and electrified razor-wire fences on the U.S. side. He also ordered troops to shoot and kill Mexican and Central American people throwing rocks across at troops. Hitler would be so proud. I am ashamed and disgusted and am thinking about moving to Canada — my ancestral home.

If Trump somehow escapes removal in the Senate, and were to steal the 2020 election, my wife and I will move to Canada. America is fragmenting. We need impeachment first, and then see what else transpires. Maybe the Republican Senators will revive their dead sense of self-preservation and declare they won’t keep lying to cover for the Rapist-in-Chief. The Murderer-in-Chief. How many people globally so far have died as a direct result of Trump? Thousands in Syria, the U.S. Border, and thousands of blacks killed by police in America under Trump.  How many mass shootings influenced by him? As Senator Harris said: “Trump may not have pulled the trigger (in El Paso) but he loaded that assault weapon with his invective and his insane rage against minorities.”

This man belongs in prison, not in the White House.

Admiral John W. Flores is a disabled American veteran, and a journalist and author in the mountains of northern New Mexico. He is a recipient of the U.S. Navy Public Service Award — presented to him in a 2009 ceremony at the 4th Recon Battalion HQ. The citation was signed by then-Marine Corps Commandant James Conway. 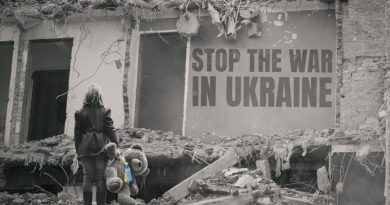 Has Russia Committed Genocide in Ukraine? 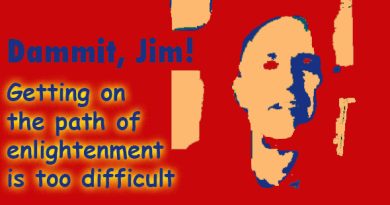 One thought on “Admiral says Trump belongs in prison, not the White House”