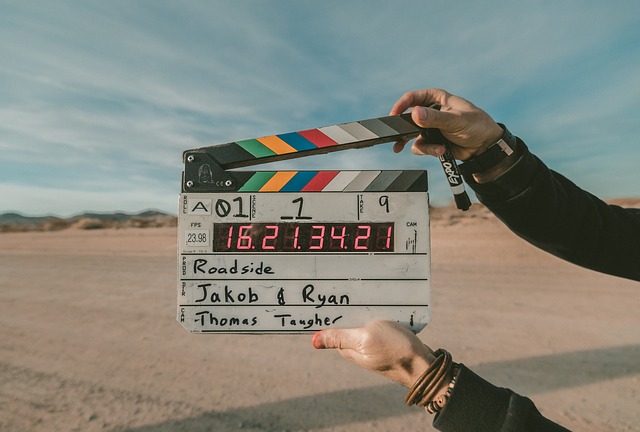 Image by stokpic from Pixabay

Alexander Payne won two Academy Awards for Best Adapted Screenplay, first in 2005 for the dark comedy Sideways and again in 2012 for The Descendants. Payne confesses to keeping them safely tucked away in a closet. “If I leave town, I want to hide them in case I am burglarized, and then I forget about them,” he explains. “Actually, I should go find them.” Many consider those Oscars to be the pinnacle of success in Hollywood. Still, for Payne, they’re just a little extra justification that his style of filmmaking is worth the struggle he experiences during the scriptwriting process.

“Getting the right screenplay is the hard part,” says Alexander Payne. “I would like to move quickly from film to film, but the screenplay has always slowed me down. It is always hard to come up with an idea, realize the idea, flesh it out and get financing.”

Payne has made seven feature films, five co-written by Jim Taylor, and has spent much of 2022 filming his eighth major motion picture, The Holdovers. However, he’s constantly learning and finding inspiration in other Hollywood heavyweights, including Woody Allen and Spike Lee. Allen has made more than 70 movies, including Annie Hall, Manhattan, Crimes and Misdemeanors, Midnight in Paris, and Hannah and Her Sisters. Lee has made at least 55 films, including Do the Right Thing, Malcolm X, Oldboy, Inside Man, Jungle Fever, Da 5 Bloods, and She’s Gotta Have It.

“They crank out scripts and have a confidence about their work that I am really jealous of,” shares Alexander Payne. “On the one hand, I want to be making a film every single day of my life, and on the other hand, I kind of want to speak only when I have something to say.”

Alexander Payne may not pump out as many movies as some of the other famous filmmakers in Hollywood, but he’s certainly got a recognizable style of cinematic storytelling. So when you’re watching Citizen Ruth, About Schmidt, Sideways, The Descendants, or Nebraska, Payne’s panache for humanist cinema shines through.

“For me, film characters are simply interesting, unique, flawed human beings, like all of us, or most of us. As writers, Jim Taylor and I, as well as when working with other writers, we are simply interested in people and the complexities of life. Conflicting desires are interesting to me, like trying to love when it is difficult or when you do not want to.” He cites George Clooney’s performance in The Descendants as a cuckolded husband left to deal with life in the wake of his unfaithful wife’s death. “I like stories that could conceivably happen in real life,” says Payne.

The writer/director graduated from UCLA’s film school over 30 years ago, and yet he says, “I still feel like I’m just getting started. I’m just sharpening my pencils.” Payne and Taylor, his longtime writing partner, prefer to work on a Mac computer “with one monitor and two keyboards,” he explains. “I’m enjoying a greater efficiency in my work now. I’m trained in how to think about stories in terms of narrative economy and visual scope.”

Alexander Payne Explains What Makes a Screenplay Stand Out

“It’s preferable to write a screenplay very concisely,” says Alexander Payne. “It’s laborious to read a screenplay which is overwritten and asks you to imagine too much and too many details while you are reading it.”

What is he looking for when reading a screenplay? “I want to get a sense of the flow that the film itself would have,” says Payne. He’s a big believer in self-editing. “When writing a screenplay, I think of many details in the moment of writing a particular scene. But then I ask myself, does the reader absolutely have to know that? If the answer is no, then I segregate those details into a separate file. That file is for the details I want to remember as a director, but the reader does not absolutely need to know that the house is yellow with a striped front porch and wood shingle siding, for example.”

Less is more, according to the award-winning filmmaker. “It’s wise to keep the page count as minimal as possible in a screenplay,” says Payne, explaining that the rule of thumb is a minute a page. “If the screenplay is over 120 pages, as a director, you start thinking about how quickly it will need to be filmed and edited. Whereas if I open a screenplay and see it is 98 pages, I think to myself, oh, this writer knows what he or she is doing. Film is a constant search for economy. Too many movies today are too long.