Last time we were in Chicago we stopped by the Palmer House just to have a look. This time we stayed there.

The hotel was built as a gift from businessman Potter Palmer to his new young bride Bertha. Thirteen days after it opened it was destroyed in the Great Chicago Fire of 1871. Palmer then took out a 1.7 million dollar loan using only his name as collateral and re-built it. The second incarnation opened in 1873 and has been in operation ever since making it the nation’s oldest hotel in continual operation. The Palmer House boasts several “firsts”. It was the first fire-proof hotel. We noticed its intricate system of fire escapes as well. It was the first hotel in Chicago to have electricity, telephones, and elevators. Today it is a member of the National Trust for Historic Preservation’s Historic Hotels of America.

In 1892 organizers of the World’s Columbian Exposition asked Bertha to provide a new dessert for the Woman’s Pavilion. She asked her chefs at the Palmer House for help. They came up with the Brownie. The first Brownie included toasted walnuts and an apricot glaze. They are still served today.

On a trip to France, Bertha Palmer became friends with Claude Monet and ended up purchasing 200 Impressionist paintings to decorate the hotel. Today you will need to go to the Chicago Art Institute to see them.

Our first day we stopped at the bar for a drink and a snack — best cheese curds we have had, and we have had a lot of them. The bar sits in the middle of the lobby which is spectacular. The chandeliers are Tiffany 24-carat gold and the ceiling is made up of 21 frescos originally painted by French artist Louis Pierre Rigal and restored in 1996 by Lido Lippi, the man who helped restore the Sistine Chapel.

Another outcome of the 1982 World’s Columbian Exposition was the Field Museum. It was decided the exhibit should be housed in a permanent collection and money was raised to fund a museum. Marshall Field, a prominent Chicago businessman donated $1 million to start things off. Another one-half million was donated within the next year by various other businessmen thus enabling the purchases of important collections. In 1922 a new building costing $7 million opened at its current location. The museum’s famous trademark “Sue” was unveiled in 2000 and sits in the main lobby. It is the most complete and largest T-Rex ever discovered.

The Field Museum of Natural History is one of the largest museums in the world and has one of the best collections of its kind. There are three floors with 480,000 square feet of exhibition space, plus an additional 186,000 square feet for the collection’s Resource Center. The main hall is half an acre and is covered in 300 million year old fossilized limestone. The museum is big.

We were there for about four hours and saw about one-fifth of it. There was a special of exhibit of artifacts from ancient Greece – Agamemnon to Alexander the Great that we paid a little extra for. It was worth it. The items came from museums all over Greece, many never seen outside of Greece before. We saw beautiful pottery, jewelry, carvings, vessels, weaponry, busts and my special favorite was a crown of delicate gold leaves.

From there we concentrated on Native Americans from the plains to Alaska and South America. One room was full of Totem Poles from Alaska. I learned that there are three kinds of Totem Poles. The house pole stands in front of the house and displays crests of the extended family. The mortuary pole actually held the remains of the deceased in a cavity at the top and the carvings included carvings related to the person’s life. The memorial pole was reserved for great chiefs or other important people and showed a narrative of an event or events in their life.

The Field Museum is in Grant Park, which is 319 acres in downtown Chicago along Lake Michigan. It includes several museums, a skating rink, and some interesting sculpture. One of the more recent installations is called Agora done by a Polish artist named Magdalena Abakanowicz. It is made up of 106 nine-foot tall headless torsos made of cast iron. At the other end, in Millennium Park, is the 50 foot LED display of Chicago faces known as the Crown Fountain created by Jaume Plensa. Nearby is the Cloud Gate, a 10-ton elliptical sculpture forged of stainless steel plates done by Anish Kapoor, reflecting the Chicago skyline.

We ate well in Chicago. Our first night we asked our bartender at the Palmer House to recommend an Italian restaurant. We ended up at Volare and easily consumed a four course meal, which seemed to surprise our heavily accented waiter. We started with Caesar salad with anchovies. Next course was pappardelle pasta with tomato sauce for me, and vodka gnocchi for Noah. Small plates, of course. Our main dishes were lamb chops in wine sauce for me, and veal scaloppini for Noah. The meal ended with cannoli and tiramisu. It just doesn’t get any better than that. We walked back to the hotel.

Our next night out we went back to Russian Tea Time since we had enjoyed it on our last visit. We started out with beef blinchiki – crepes filled with ground beef and caramelized onions. Noah had the lamb shank with veggies and mashed potatoes and I had the chicken kebob shashlik with rice and carrot salad. Dessert was bread pudding and blintzes. Throw in a couple of shots of vodka and all in all a very good meal.

Unfortunately our trips to Chicago are way too short. And cold. We need to go back in the spring and stay longer. 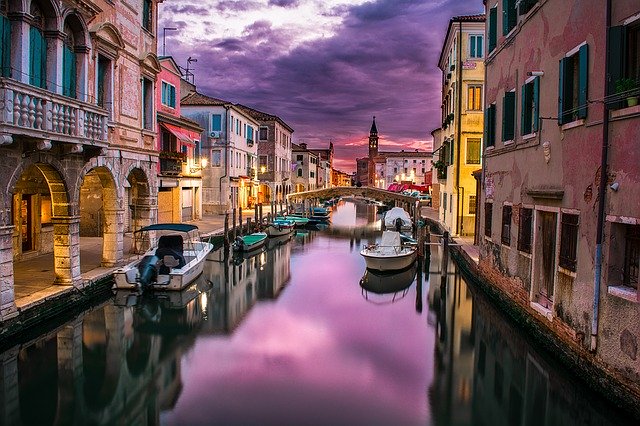 John Eilermann St Louis on Why Travel Has No time Limit

Expat Alien is who I am today