Here are a few of my thoughts on the candidates running for president.

Donald Trump: He may lead in the Republican polls but there is no way I will vote for a person who shows so little grasp on solving problems. He may be good at pointing out what’s wrong but is clueless about how to fix things.

Ben Carson: Go back to brain surgery. You are in over your head.

Ted Cruz: He’s worse than Trump because he is already an elected official. He is why there should be a law requiring elected officials to give up their seat to run for another office.

Rand Paul: Am I the only guy who thinks Rand Paul was the kid in school who always reminded the teacher she hadn’t assigned homework yet? Whatever talent his father had clearly has skipped a generation.

Jeb Bush: He actually made sense last night and showed some backbone by taking on Trump. In fact, he made Trump look like a fool. Unfortunately, he may have waited too long. Still, I’d take his calm demeanor over Trump’s.

Carly Fiorina: She says a lot of things that makes sense until she mentions her tested leadership. It’s hard to get past her corporate failings. However, she sure does her homework. I’d prefer her over Trump, Carson, or any other “outsider.”

John Kasich: Stop it with the hand and arm gestures. I say this because he is the one candidate who is the most practical of all. He is pretty conservative but not so locked into dogma that he lets it get in the way of doing what makes sense. Plus, he owns Ohio.

Chris Christie: He has either been humbled by his dropping down to the kids table at the previous debate or he is a sly fox. Like Bush and Kasich, he shows me why someone with executive experience is a better fit for the White House than a career legislator.

The Kids Table: I am not even going to name names. I will just say it is time to pack up and go home. At this stage, you are either delusional if you think you can get elected or so desperate for attention you will do anything for it. In either case, you’re not what this country needs.

Hillary Clinton: I will be the first to admit this, I hate her! I can not stand her. My dislike for her goes back to the first time I saw her interviewed on 60 minutes and continues. I will write in Bart Simpson before I ever cast a vote for someone who will do and say anything to get elected and sleep well knowing she has no intention of following through with her promises.

Bernie Sanders: He is a good guy, I just do not think he can accomplish much as POTUS unless he either compromises a tremendous amount on things he says there is no compromise for, or unless we elect 500 socialists to serve with him in Washington DC.

Martin O’Malley: See my comments about the Kids Table.

In conclusion, I intend to focus more of my political energy on local and state issues. One; I believe they have a greater impact on my life than who we elect POTUS. Second; quantity does not trump (pun intended) Quality. Unfortunately, we are now in an era, largely because of the rise of Super Pacs, of anyone and everyone running for POTUS which gives us leaders who are nothing more than narcissists. Let’s just move on to 2020 and watch Kanye and Kim make a bigger mockery of what is taking place today.

Stephen Hawking may be right 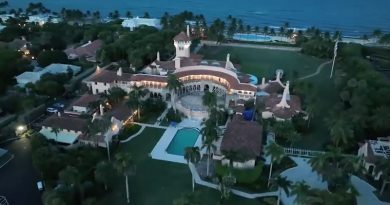 Queen Elizabeth II Passes On During Tumultuous Times in the U.S.