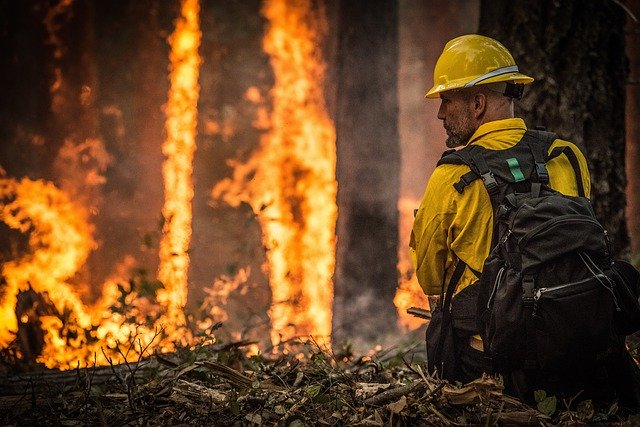 Image by skeeze from Pixabay

Image by skeeze from Pixabay

For much of the past two months, destructive wildfires have wreaked unprecedented havoc across California. The current wildfire season, already the largest in recorded history, continues at its torrid pace as over 8,000 fires have burned upward of 4 million acres and caused more than $1.5 billion in damage, according to the California Department of Forestry and Fire Protection. This devastation once again raises legitimate questions about how we can best protect against wildfires while minimizing their impact and severity when they do occur.

While politicians and pundits typically respond by—rightly so—sounding the alarm about climate change, identifying wildfires at their start is the key to preventing their spread. Solving climate change would help reduce the spread of fires that grow due to hotter temperatures and longer droughts but would not necessarily reduce the frequency with which they start. So, while pursuing climate change solutions is crucial, it’s equally important to identify wildfires in their infancy, when they are small and manageable.

Ari Stiegler, a California-based investor and venture capitalist from Flux Capital, believes technology can be harnessed to advance solutions to the state’s annual wildfire woes. Stiegler posits, for example, that developing more efficient green-energy systems can help reduce the severity of the state’s fires.

“Discussions of wildfires and climate change often center on renewable energy, with wind and solar energy getting the most attention,” said Stiegler. “While these fuel alternatives are growing rapidly, the most significant challenge we face is storing the energy they produce for the long-term.”

The Entrepreneur Stiegler explained that expanded use of wind and solar energy technologies are currently negatively impacted by the intermittent nature of their electrical generation. Green energy storage systems on a utility-scale basis will enable greater penetration of variable renewable energy into the grid by storing excess generation for periods of suboptimal output.

Another technology-based solution involves deploying satellites over vulnerable areas to better detect and dispatch fires, Stiegler said. The California National Guard is already using “space-based systems” to help detect and map fires, as well as assess damage. This technology has the capacity to monitor fires around the clock, send alerts to state officials, and even assess the severity levels of different types of fires.

Ari Stiegler Explains How A.I. Can Help with Climate Change

“Artificial intelligence capabilities could also help quickly determine a fire’s threat potential,” Stiegler said. “However it is done, it will be critical to develop a standard and unifying system that is accurate, timely and reliable.”

While the Silicon Valley-style technologies can play a major role in reversing the effects of climate change and catching fires before they grow, Stiegler pointed to another space ripe for innovation that could help reduce civil damage & property damage from wildfires—sustainable urban planning. This starts, he said, by incentivizing real estate companies to fund housing developments in urban areas by developing co-living multifamily housing and other increased density housing.

“Not only would this help address issues like affordable housing, which has worsened since the onset of COVID-19, it will also lessen the need for additional development near Wildland Urban Interface (WUI) zones, which often border areas that are particularly vulnerable during wildfire season,” Stiegler said.

As long as we continue to record increasing temperatures and prolonged droughts in California, we will assuredly experience destruction caused by wildfires. Fortunately, there are solutions that both private businesses and government institutions can pursue that will allow us to adapt to the consequences of a changing climate and prepare for future wildfire seasons.