For years, Fox News has cornered the market on presenting the conservative voice to white Americans disinterested in moving forward in our society. Led by Bill O’Reilly, the network has long presented anyone who will listen why we should fear anything that does not tie into the thinking of 1950’s white America.

Since 2008, they have gone to great lengths to fight the election of a black male primarily because he was black and not a conservative (Go figure). Bringing up questions of citizenship while encouraging racist guests to promote hate, FOX thrived while fighting such evils as gay rights, health care, equal pay, an increased minimum wage, and all of Islam.

They celebrated not only the defeat of Hillary Clinton, but the election of an outsider who they believe is the answer to all that ails this nation: Donald Trump. Their ignoring of facts over dogma was merely explained away as the mainstream media filling our heads with fake news while FOX simply provides the truth.

All the while, they managed to allow a working environment that treated women as nothing more than pretty faces to make sexual passes at and then ignore the complaints while promoting their worst offenders, Roger Ailes and Bill O’Reilly. Ratings were more important than actual behavior that reflected the “good old American values” they touted on the air.

Then along came a strong woman by the name of Megyn Kelly who proved to be a valuable asset and pretty darn good at her job. She became so good, some saw her as the shining star of a male-dominated network. However, after she went toe-to-toe with Donald Trump in the first debate, she then voiced her experiences of being sexually harassed by her boss just before turning down more money to stay at Fox to jump ship to NBC.

Now look what they have on their hands?

Out Foxed: So Bill O’Reilly is out at Fox after being their big star since the network’s inception. Some articles have described him as a man who fought against political correctness. I find this laughable considering what he was really fighting was the right for women to be treated in a decent manner.

In that regard, he was really fighting equality on all fronts; women, minorities, poor, homeless, and pretty much anyone with an open mind. I am sure the next book he writes, in which he will provide the reader with his account of the events that led to his firing, will be every bit as accurate as his works on history.

Serena Out Too: How ironic, on the day Bill O’Reilly is fired from Fox, Serena Williams, an unmarried black woman, announces she is pregnant. This has to eat at the righteous one who would have loved to gone on the air and point out how her pregnancy is an insult to his wholesome views of parenthood. Instead, we are left to be reminded how in today’s world, women really can take control over their lives without feeling they need to follow the traditional norms of past generations and still be an incredible role model, things Fox fights like hell to prevent.

Second Guessing: Timing is everything in life. You have to wonder if Megyn Kelly now wishes her Fox contract did not come up for renewal until next year? At NBC, she will be one of many faces. Had she stayed at Fox, she would have owned the network and been seen as the person who moved them from the archaic thinking of a bunch of conservative white men out of touch with reality to a network ready to embrace the increased influence women will have down the road.

Tomi Girl: Perhaps Fox, in their newfound desperation, will sign young conservative ranter Tomi Lahren to be their new ratings star. However, her act won’t play well with the typical older Fox viewers and is not likely to bring in a new audience of young conservatives. Ranting is one thing, debating is another and this is something she is weak at. Lahren is pretty good about twisting facts or leaving them out all together when she rants, but place her before a well-informed, formidable opponent, and she wilts.

Stay Calm White Conservatives: Fox has announced it will use Tucker Carlson to fill in for Bill which means another white male will be given first crack at telling viewers what’s wrong with the rest of the world. This should tell you just how deplorable women find the thought of working at Fox. Tucker Carlson is the best they have to fill in for O’Reilly primarily because the few women left at that network are not seen as being capable of pulling in the kind of ratings men do. They’re fine for morning or weekend gigs, but in the archaic eyes of the top brass, women clearly are not up for the big time.

In The Wings: How much money is Fox willing to pay Laura Ingraham or even that nut job Ann Coulter to headline their weeknights? Whatever their asking price, I am willing to bet Sarah Palin will be glad to do it for a fraction of the price just to remain relevant.

The Eye of Newt: And lets not forget good old Newt Gingrich. Perhaps a pairing of him and his high pitched voiced with Palin and her nails on a chalkboard voice could be a winner. Oh, I forgot, America is opposed to torture so that can never happen.

My Suggestion: Perhaps Fox should just go with their football crew and use Terry Bradshaw and Howie Long. They make far more sense than anyone they currently use on the news and fill their requirement of having to be white and male to be in front of the camera.

As for me, who do I turn to now to find out what conservatives are thinking, or if they even are thinking for that matter? This is a huge victory for the left who may have lost the White House, but have just made the archaic heads at Fox pressured to find a new generation of talking heads who might actually reflect the more sane and acceptable elements of conservatism.

So Mr. Murdoch, what’s it like to be out foxed by the enemy?

All photos are screen shots from YouTube except the top photo 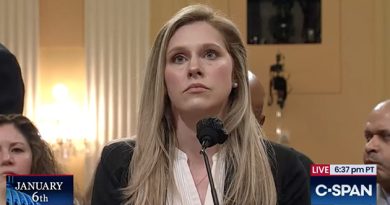