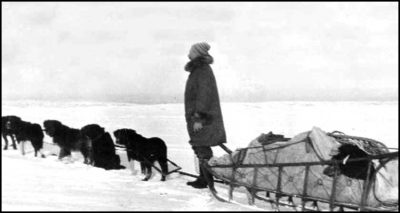 Joe Quigley with some of his dogs. (Courtesy: Cheryl Fair)

In the colorful annals of Alaskan history, the name Joe Quigley is, at best, obscure. Part of the reason is due to Quigley’s unassuming temperament. Another part is simply the passage of time. But, as a tenacious pioneer with a “roving disposition” during the Klondike gold rush of the 1890s, Quigley nevertheless made his mark upon the land; tirelessly pushing for progress on the brutal frontier, while working his claims with a Winchester rifle for sustenance, and a pick and shovel in hand. And ultimately, reaping a small fortune off his many fruitful mines.

Fair opens the story by dropping the reader – along with Quigley and his partners – into the forbidding environs of the Chilkoot Pass and Fortymile River. There, we are introduced to the hardships men such as Quigley willingly chose to endure while seeking that ever-elusive life-altering gold strike. Fair then takes us back to Quigley’s western Pennsylvania beginnings, before embarking on the road which would lead Joe to the last of America’s frontiers.

“Born two years after the United States purchase of Alaska, and dying just a few months before statehood was granted, Joe Quigley spent his entire life in Alaska between the time the United States gained control of it and the time it became a state. To a great extent, Alaska defined Joe Quigley’s life, and Joe held a unique place during a pivotal time in Alaska’s development and history.
One of the few prospectors to arrive in the Far North before the gold rush of 1896, he came into the area as a 21-year-old Cheechako. He developed his survival skills and attitudes about partnerships and community in one of the harshest environments in the world during his years in Fortymile country. By the time he led the rush to Kantishna in his mid–30s, Joe was a Sourdough who shared his knowledge and taught his skills to others. When he retired to Seattle at age 69, he was an old-timer and still considered Alaska his true home.” (Chapter 4)

Fair first learned of Quigley from her father, who casually mentioned one day that he “had a great uncle who went to Alaska and discovered gold.” That statement stuck with Fair, who finally came across the name Joseph Buffington Quigley, when she began a foray into family genealogy in the 1990s.

Returning to her research in 2017, Fair writes, “I was surprised that a definitive biography had not been written about him. It occurred to me that I could do something to bring Joe Quigley’s story to light, and I knew that to do it right would take something longer and more detailed than a blog entry, something deeper than a compilation of genealogical facts and documents, and something beyond another retelling of the story of the gold rush.

“The more I looked into the story of my great-great uncle, the more I felt like I was getting to personally know the Alaska wilderness, Joe Quigley, and the people in his world.”

The wilderness Quigley inhabited was an unforgiving but majestic land – a land where one could freeze to death in a few short hours or live in relative comfort for decades. The people who populated Quigley’s world were no less quixotic. An assortment of doers and dreamers; visionaries and villains; self-seekers, stalwarts and saints.

Then, there was Mrs. Quigley – “Fannie the Hike.” A legendary woman in her own right, Fannie’s admirable resourcefulness, combined with her two-fisted antics, stood out in a territory already awash in dime novel characters.

Fair’s meticulous research (the book contains 475 endnotes) not only expands upon previously published accounts but also includes personal letters to family and friends which have (thankfully) survived the years.

“We landed on top of Chilkoot Pass May 8, 1891 and found the snow on the sunny side of the hill too soft for travel so we walked back and forth on top of the divide until the night got cool enough to harden up the trail. On my twenty-second birthday, May 9, we started relaying our outfits on the sleds down to Summit Lake that day.”

Says Fair of this entry:

“He dove into the biggest adventure of his life by sliding all of his worldly belongings down a 3000-foot mountain into a place he’d dreamed of with a spirit of expectation and optimism that would keep him going through years of working in conditions that would test even the hardiest bodies and souls.”

Fair has done an admirable job in making Joe’s remarkable story, and the history of the Klondike gold rush, accessible to the average reader.

One can feel the loneliness of a miner’s life, as she recounts a heartbreaking incident centered around the lack of children’s laughter in the barren wilderness. Then, there is the miner who was condemned to death by a jury of his peers, yet allowed to live (and ultimately leave Alaska) when no hangman could be found to carry out the sentence.

Unexplained are the dynamics that brought Joe and Fannie together, though we are left with a picture of how their dogged determination played out both on a personal and professional plain.

My only criticism of this work lies in the way Fair has inserted explanatory paragraphs throughout the narrative.

Defining terms such as “hard rock mining,” “placer mining,” and so forth, is important to the overall record and vividly illustrates for the reader what the miners were up against. However, some of the longer segments seemed a bit jarring and are repeated in succeeding chapters — icing up the flow of what is otherwise a steadily moving story.

Given the extensive endnotes – and Fair’s determination to thoroughly inform the reader – perhaps placing these momentary digressions as footnotes would have been the way to go.

For those seeking visual cues (and very good cues at that), two classic Hollywood films would pair well with this book.

Although played mostly for laughs, Chaplin went to great expense to accurately portray life for the intrepid miners. (Note in particular the quickly changing conditions and arduous trek over the Chilkoot Pass.) There are also vignettes in this film which underscore a certain sadness to the miner’s life, as well as scenes which show how quickly a miner’s fortune could be made or lost.

The second classic film this reviewer would suggest is The Treasure of the Sierra Madre.

Though set south of the border, this movie might help Quigley readers appreciate the back-breaking work it takes to sift a few bags of gold from the stony rubble wrested by hard-rock mining.

For anyone unfamiliar with this time in our history, Joe Quigley, Alaska Pioneer is a great place to start. America was built by ordinary people doing extraordinary things, and in Quigley, we have an industrious everyman who never lost sight of his goals or his modest beginnings.

“That is a picture of my oldest and dearest friend, Joe Quigley,” remarked a longtime neighbor named Busia. “He had no enemies. Do you know I’ve never heard Joe speak a bad word about anyone.”

Not a surprising summation of a quiet man who never stopped looking for the next big strike. 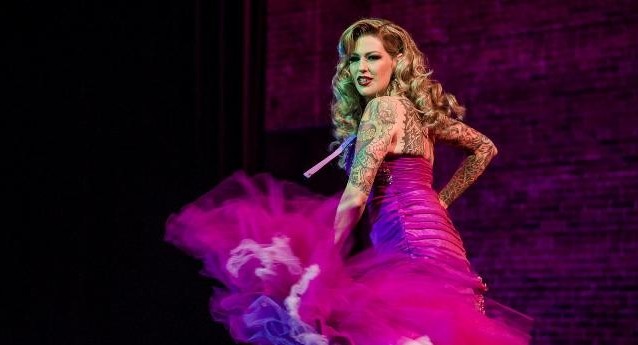 Holiday Vacation: The joys of Los Angeles and environs