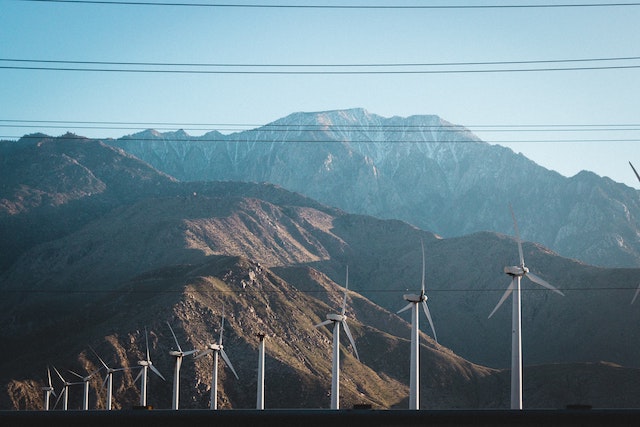 Photo by Matt Sylvester on Unsplash

Photo by Matt Sylvester on Unsplash

California is now the nation’s largest producer of power from solar energy, providing almost 20% of the state’s electricity. The state has taken steps to reduce the effects of climate change from carbon pollution and is increasingly using a number of different renewable energy processes to create power. Utility infrastructure, often situated in remote locations, can be complex and unwieldy to manage. However, finding ways to inspect and maintain it is essential in order to ensure a safe and reliable flow of electricity throughout the state.

In the 1980s, California was the first state to develop large wind farms, and now they provide enough electricity to power over 2 million homes. Due to advances in technology, wind energy is a very cost-effective source of power, and it makes an important contribution to the state’s target of 60% renewable energy on the power grid by 2030. Keeping the turbines working efficiently is therefore a priority for utility companies. Modern turbines are up to 30 times larger than the first machines, so in the event of technical difficulties, disassembling them can be problematic. One of the simplest ways to perform non-destructive tests and inspections is by using a borescope, a flexible tube with a lens at one end, and eyepiece at the other. With a video borescope inspection, footage can also be recorded. View industrial videoscopes to see how this feature allows engineers to perform more in-depth examinations of inaccessible industrial parts.

Other utility infrastructures, such as power lines and transmission equipment, can also be difficult to inspect due to being located in hard-to-reach areas. The use of drones for such inspections is growing in popularity. Any problems with equipment can be easily identified from analyzing detailed images produced by the drones. Instead of having to examine all equipment in the field, technicians can be sent to specific locations to carry out necessary maintenance and repair work. As well as pinpointing potential repairs, one utility company in Southern California now uses 20 high-tech drones to inspect utility infrastructure, with a view to protecting against the risk of fire ignitions sparked by faulty equipment.

This year saw California become the first state to require solar panels to be installed on all new build homes, and there are now at least 1 million solar roofs in the region. All home inspectors will need to be familiar with often complex solar systems in order to ensure that they comply with code requirements. Extra training is being provided by the Energy Commission to provide inspectors with the tools to carry out thorough inspections of solar installations, from the mounting system to the electrical wiring.

California is a prominent producer of energy from a variety of sources. The regular inspection of large wind turbines, complex solar energy systems, and remote utility infrastructure ensures a safe and continuous supply of electricity throughout the state.