Today, in the year 2018, with the most advanced technology in the world, there is something seriously wrong with our system of justice. It is dysfunctional in the least as witnessed by daily national headlines. The current problem is not only nationally but also globally.

There exists an inherent abuse of power and a disregard for human life by the very ones that possess that power.

Are we being myopic in not seeing the overall picture? Is there not a correlation between the microcosm and the macrocosm?

If there is, then this topic cannot and must not be ignored for the sake of humanity, democracy and future generations. We do not live in a vacuum. The Internet and social media tie our youth and us to the world.

As a society we love violence. We seem to venerate gratuitous violence the most. Hollywood and the media shoot it into the veins of our children like morphine. It sells and it’s big business.  And naturally, one of the implements of violence is weapons, another moneymaker.

For example, Israel, one of America’s closest allies, is the seventh largest weapons manufacturer in the world. It has advanced nuclear technology and has developed an uncanny arsenal of non-lethal weapons to control protests by its neighbors. Included in that arsenal comically if not tragically are; skunk water, sticky foam sponge grenades, tear gas spraying drones etc.

Yet as the world has recently witnessed, Israel chose to fire live ammunition at unarmed civilians killing 60 and wounding 1,600 more.  That number of victims is far more than any individual shooting in our schools, even the Mandalay Bay Hotel massacre.  We condemn the individual perpetrators of these senseless crimes enacted by undeveloped or depraved minds but condone, if not support, the violence committed by our allies. Is there not something rationally and morally wrong with this logic and state of mind?

Unnecessary excessive violence by the police or the military cannot be condoned or ignored when their lives are not in danger. The old mantra “feared for my life” card is wearing thin. The law enforcement agencies we entrust with our lives and wellbeing must be beyond reproach. Yet it seems that the very agencies entrusted with oversight over corruption not only ignore it, they are also a party to it.

Consider the debacle in Washington today involving superpowers, the CIA, FBI, and other players.  Then we have the horrific scandal in the Las Vegas metropolitan and Baltimore Police.  (See in-depth and ongoing coverage by reporter Doug Poppa for the Los Angeles Post-Examiner). Who can we believe, whom can we trust? Where do we go?

Our children and we need leadership by people of principal and moral character.  We need leadership that will support and protect those that have the courage to break the mold and expose corruption and injustice wherever it is hiding. Case in point; Las Vegas Judge Melanie Andress-Tobiasson who was providing FBI Agent Kevin White with information relating to corruption in the LVMPD and is now in fear of her life, not from drug dealers but from corrupt LVMP detectives. Will the FBI supply her and her family with adequate protection or leave her dangling in the wind?

Violence, hate, and corruption are cancers and like any cancer, if not treated and controlled, will and currently is metastasizing.

In our last Santé Fe school shooting, the 22nd one in the US so far this year, the shooter, a 17-year-old youth, spared those he liked. What would cause anyone, especially a youth, to hate so much they would kill another human being who posed no threat to them? This is the issue that really needs to be addressed.

The clamor in the news about automatic weapons is not the issue. In this case, a shotgun and revolver were used with a Molotov cocktail back up. The problem is the state of mind of the individual and our leadership that places so little value on the lives of fellow human beings.

School kids went to Washington to protest gun violence. Yes! But they should also, in mass, complain to their governments about the executive branches gratuitous use of violence. Their future and their lives will depend on it.

Might the problem be right in our own schools where negative behavior may manifest itself among fellow students? Does it begin at home where racism, religious intolerance, discrimination and class-consciousness are allowed to germinate?

If a nations leaders, its media, corporations, and sports stars eschew an attitude of love, principal and equality over one of materialism, hate and greed, will this not filter down to vulnerable innocent minds?

We must place the blame where it really lies, in our leadership. A double standard serves no one and advances the cause of evil.

Frank Serpico is a former New York City Police Department officer who who blew the whistle on police corruption in the late 1960s and early 1970s, an act that prompted Mayor John V. Lindsay to appoint the landmark Knapp Commission to investigate the NYPD.

Gun violence is good for business 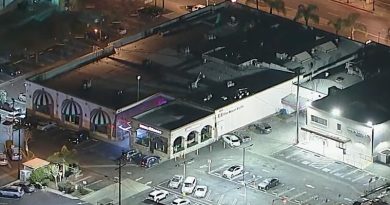 When is Enough, Enough?