Something struck me as I was watching the newest Pixar vehicle, Inside Out. The contrast between the dilemmas, or the “hero’s quest” of past and present animated films is becoming clearer. I found myself missing the trauma and torment of Beauty & the Beast, The Lion King, The Hunchback of Notre Dame … even Hercules! Then it dawned on me: This wasn’t a case of “That was then, this is now.” No. That was Disney, this is Pixar.

First off, let me say that I loved Inside Out. I was wary of seeing it simply because every other animated film seems to be getting a rating in the 90’s these days on Rotten Tomatoes (that infamous rating internet god), and I just can’t imagine that the cartoons all deserve this. That, and it had a horrible poster.

In any case, some friends invited me to come with them — and paid! — so I went, and I enjoyed one of the best movies of the year on the big screen with great company and popcorn. The film is terrific. Besides being Psychology 101 for children, it has a fresh plot, smart dialogue, memorable characters, fully realized emotional and humorous sequences, and the voice work is sensational.

Anyways, back to that trauma and torment. Who doesn’t like a little T & T in their films? And hey, being raised on Old Disney (Snow White, Dumbo, Bambi), perhaps my generation is just accustomed to it. But my generation also seems to be eating up these Pixar films, even as adults. What gives? I think there are a few reasons.

For one thing, Pixar has always tried to include adults in their jokes, their plots, their witty pop-culture references and their views of people (particularly the parent-child relationships). However, the reason that interests me is their ability to take the mundane, the mini-traumas of growing up or growing old or growing apart from your friends, and then make these events the catalyst for a protagonist’s growth and metamorphosis.

In total contrast, the hero’s quest in past Disney films usually goes something like this: One parent dies or is inexplicably absent, the child grows up special but isolated, they want “something more,” and then the opportunity arrives for them to be brave, save the day and get the princess/prince of their dreams. Borrowing from old-school mythology and sugarcoated versions of Grimm fairytales, the films strike a chord using archetypes.

Where Disney has borrowed and embellished, Pixar has borrowed and invented. Neither is necessarily better, in my opinion, but the stark difference between watching Mufasa die in The Lion King and watching Riley adjust to a cross-country move in Inside Out reminds me that I am definitely a Disney kid. I had to hold back my snarky comments during the film, because I could hear sniffles all around me — from the adults!

While my own background may have something to do with it, I think the animated films created for my generation managed to reinforce that “buck up and deal with it, and if not go somewhere else to cry … or sing a song and find a soulmate” mentality. (In other words, this was probably the ideal movie for me to see. Hurray for cartoon therapy.)

And that’s where the Pixar generation — inventive, connected, self-aware and more sensitive to interpersonal matters — comes in. Yes, there are deaths in Pixar films (Finding Nemo, Up), and there are moments or horrifying danger (The Incredibles, Brave), but it’s dealt with very differently. Kids aren’t taught to rely solely on themselves or their sidekicks, but rely on their parents, and to embrace lessons from how they were raised. In that way, Pixar lends a more realistic perspective.

However, films don’t always have to have their message figured out. Many times, they simply provide a reason to talk about something important. Whereas Inside Out gives parents a platform to talk about adjustments, growing up and dealing with emotions, The Lion King gave parents a platform to talk about death, loss and adoption. Clearly, not all kids need that. In fact, most don’t — but I’d argue that we need both lenses. For instance, someone who’s experienced a death in the family may well use Inside Out to illustrate the necessity of sadness.

In the end, it’s all a matter of preference, but I’d bet there will always be a bit of a “cultural” divide between those who were born in the 90s and early 2000s, and those who remember seeing Beauty and the Beast in a movie theater. Let’s see if we can’t take from the best of both worlds.

Angelina Jolie is back in Maleficent 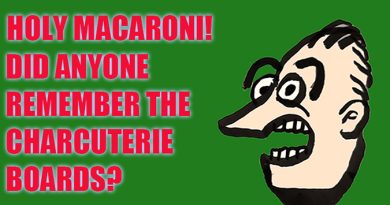