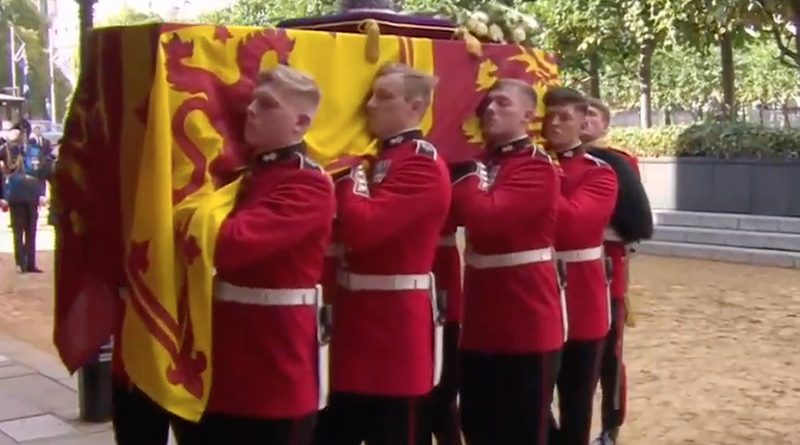 Maybe I’m cynical and heartless, devoid of normal human emotions, or, worse yet, a patently hypocritical fool looking for approval from others who express disdain for it all, while in reality, I haven’t missed an episode of The Crown and can barely wait for the next season. But seriously, do we need to see coverage of the recently deceased Queen Elizabeth II hour-after-hour, the procession from Buckingham Palace to Westminster Hall and the tottering and old Prince … my bad … King Charles III standing at attention before his mother’s casket while a boys’ choir sings solemn hymns?

A boys’ choir? Apparently those are still a thing.

Reality is though, I’m not changing the channel this morning as talking heads from this side of the Atlantic and over in the United Kingdom, tell us minutiae about what the Queen did to “modernize” the Sovereign, and how the new King will continue the modernization of the Royal Family …  Okay, King Charles isn’t tottering. He looks quite stable for a person his age. I should be in such good health

What becomes of Princess Anne? Wait, she is the sister of King Charles. I was thinking of his aunt, Princess Margaret who was a royal terror back in the day. Margaret passed on 20 years ago but Anne is still with us — older than dirt of course … Wait, I’m older than dirt.

There comes a time when a person ought not make disparaging remarks about fellow old people because it can all come back on us. When I was in my early 50s I would take my Trusty Trek and the bus system to and from my job. One of the buses went past two high schools which means all the seats were taken before I boarded the bus on my way home.

So, as I stood there one day, holding onto the overhead hand grip, one of the young high school girls was looking at me. I thought, “I’m still a stud …” and she asked, “Sir? Would you like to sit down?” She was offering her seat to the old man. If I hadn’t known it before, I was quickly brought to the reality I was no longer a young person.

Another time I was on my way home, standing again when quite surprisingly my pants started falling down. I was able to grab them and avoid a more embarrassing situation — as in having my trousers crumpled around my ankles, with my Hanes briefs completely exposed to the high schoolers.

The next day, as I was standing there, holding up my pants, I heard a voice behind me exclaim, “Hey! It’s the old man with his pants falling down!”

So I should be careful about declaring who is old.

For whatever reason Americans are interested in the royals, especially since the wedding of Prince Charles and Lady Diana Spencer — Princess Diana if you prefer.

That union produced two sons, William and Harry, the former, Prince William, is first in line to become the next sovereign should King Charles become unable to carry out the duties of the King.

At any rate MSNBC host Katy Tur just told us Westminster Hall was built in 1097. That was about 400 years before Columbus lost his way and landed on Hispañiola. This is all to note the line of people waiting to pay their respects to Queen Elizabeth II is 10 miles … that can’t be right … It is correct. Ten miles of queue infrastructure has been put in place and those in the queue should expect to spend 30-plus hours waiting to walk past the Queen.

Some of us might think, “How silly is that?” Is that sillier than waiting two days in line to buy Led Zeppelin tickets? It’s apples and oranges. In the one we were waiting to buy tickets to see a two-plus hour concert by the greatest rock band of the era, versus having a few minutes of viewing a woman in a casket. And that rock band, Led Zeppelin was from the U.K.

Now we’re getting some actual news. The My Pillow nut had his phone seized by the FBI after Mr. Pillow made his order at a Hardee’s in the Twin Cities. Here’s the result from stories like that: Instead of squealing with glee at one of the MAGA nut bars in trouble, I have a yen for Hardee’s or as we know them here in the west, Carl’s Jr. It’s 8:30 a.m. and I’m jonesing for a double patty cheeseburger and fries.

This is why we American fat people are so fat. The relentless onslaught of fast food imaging in all the various media, from standard print and televised media to online social media. Within minutes of seeing the news about Mr. Pillow I was looking at the menu for Carl’s Jr. As George Carlin describes us: “Short pants, big bellies fat thighs and dumb kids.”

Like all the best fast food restaurants there is a Carl’s Jr less than a mile from where I live. All the Burger Kings have disappeared, as have the Arby’s. I love Arby’s and it shows. I could never figure out why Jon Stewart continually skewered the fast food chain, because dang! A half pound Beef ’n Cheddar would be lovely right about now. Jon Stewart — Go screw yourself. But I did watch The Daily Show religiously.

This is what happens when we lose whatever personal discipline we might have concerning a healthy lifestyle.

None of this has to do with the insistent fascination Americans have in the British Sovereign, a crown and throne we rebelled against some 246 years ago — successfully rebelled against, kicking them out of the colonies, twice (War of 1812 if you’re wondering) and then dismissed with the failed insurrection of 1861 when a number of slave states tried to destroy the United States. Yes, the British were going to side with the insurrection called the Confederacy …

Today Great Britain is one of our closest and most dependable allies, friends really. When the Bush Administration lied about Iraq to start a war, Great Britain jumped in right along with us when our other NATO allies refused. Prime Minister Tony Blair … well, he served in office from 1997-2007. He was the very model of a moderate. He kicked to the curb the star policies of his Labour Party — wait, wait, wait. No more tangents.

We, as a nation, are deep into the lore and history of the British Royalty. The talking heads that are discussing the pageantry, history and emotions we see in that 10-mile long queue, those TV people cannot explain our devotion to the Queen, and now King.

I’m not a royalty hater, although I like The Clash and Boomtown Rats. On the other hand I see no redeemable value in the Sex Pistols. At any rate back in the emerging punk era there was a great dissatisfaction with the royal family and all of its privileges, but it wasn’t widespread enough to push the royalty to the curb.

How would that even work? It doesn’t matter. King Charles III is the sovereign and I doubt the British will ever change their constitutional monarchy. They are good for tourism, at the very least. How many American tourists have had pictures taken of themselves standing next to a member of the King’s Guard (formerly the Queen’s Guard) as the soldier stands there at attention? Too many to count.

They are actual members of the British military and are authorized to kill anyone threatening the King. Although, quite frankly, a group of them would probably tackle the offender(s), handcuff them and haul them off to a brig.

James Bond has a license to kill …

Do you realize that in the next James Bond movies 007 will say he serves for King and Country? Wow, the pop culture tumult caused by the changing of the sovereign.

Russel Brand’s discussion of the Queen and what she meant — and still means — to his nation, the United Kingdom as well as the rest of us is very intriguing. Have a look:

On that note, there’s nothing left to say, other than “God Save the King!” If you believe in that sort of thing. To quote Val Kilmer as Doc Holiday in Tombstone, “It appears my hypocrisy knows no bounds.” 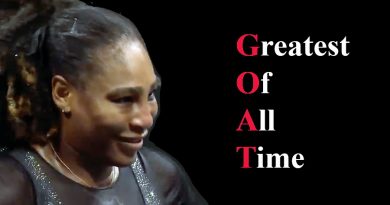 Emanuel Macron election in France saves the EU for now

An all too brief look at the economics of The Bahamas