It’s weekend of that Super big game we’re not supposed to use the name of, for supposedly NFL trademark reasons! For those of us who are football lovers it is the pairing of the best two teams in the NFL battling for the Lombardi Trophy. For everyone else, it’s a great time to drink beer, eat good food and have fun with friends.

It’s safe to say a lot of people are hosting or attending Super parties this weekend. So I’m here to help you out a little bit with what food and beer you should serve or bring to your Super Big Game Party. And to help me this week is my favorite food blogger, Megan Powell.

She isn’t just a great food blogger, but she’s also just as big a fan of craft beer as I am. Megan’s recipes have made me look great at a number of parties I have attended and I am betting they will do the same for you.

For this year’s Big Game, we have two cities that have a rich history with craft beer. Denver, Colorado is at the epicenter for craft beer. As the host city for the Great American Beer Festival and the home to many of the nation’s best breweries, Denver is one of the greatest beer cities in America.

Seattle holds their own with brewing craft beer as well. With nearby Yakima Valley providing local brewers with some of the best hops in the universe, craft brewers here know to make the most of hops. But it doesn’t stop with hops, brewers here are creative and meticulous creating some of the best beers you can buy.

So if you’re hosting a party you might want to grab some brews from each city to have a taste of the cities or to drink a beer to support your favorite team. Encourage guests to predict a winner by bringing beer from the city they think will win. This is a win for everyone.

One of my favorite recipes from Megan’s blog is the Caramelized Onion Dip with Bacon and Gruyère. This dip is full of such savory rich flavors you’ll have a hard time not eating all of it before the party. As Megan suggests apple slices are the best thing to pair with this dip. I prefer to only slice a few Apples to prevent the apples from browning. But keep a knife nearby, because it won’t be long before more apples need to be sliced.

Staying with a dip theme, this unassuming dip will get many return trips. When I have made this Jalapeño Popper Dip, many people wonder what it is. It visually appears like a dessert or a crab dip. But this dip has two great things going for it. It’s REALLY easy to make, and it is delicious. Spicy and creamy it will be a great go to treat for the vegetarians in the room, if they get any before the meat eaters.

Everyone loves wings while watching football, but you also love your brand new white couch. Here’s a great solution that will satisfy any wing lover while keeping their hands (mostly) clean. Buffalo Chicken Dip Egg Rolls give the wing lover spicy chicken goodness with creamy blue cheese and crunchy vegies in each bite with no bones left behind.

So maybe you don’t have a brand new white couch and don’t mind if things get a little messy. While the vegetarians are over chowing on the Jalapeño Popper Dip the meat lovers will equally love this Meat-atarian Sub. The only problem with this sub is that it might make you miss the Super game, or at least until this bad boy is gone. Filled with meat, cheese and saucy garlic it may also induce food comas. If you see this at a party, get it while you can, it won’t last long.

Hope everyone enjoys the game and make sure to be safe – Don’t Drink and Drive.

This column first appeared at the Baltimore Post-Examiner.

John Thompson is a beer enthusiast who began evangelizing craft beer a few years ago on his blog thehoplocal.com. John has been homebrewing sporadically for almost 20 years, and also is a Cicerone Certified Beer Server. When not enjoying a cold malty beverage you will find John spending time with his spouse and two young children or working his day job in Financial Services Technology. Make sure to find John on Facebook, and follow him on Twitter @TheHopLocal and Untapped. at : http://untappd.com/user/thehoplocal

Troy Hill of the Rams suspended for two games without pay 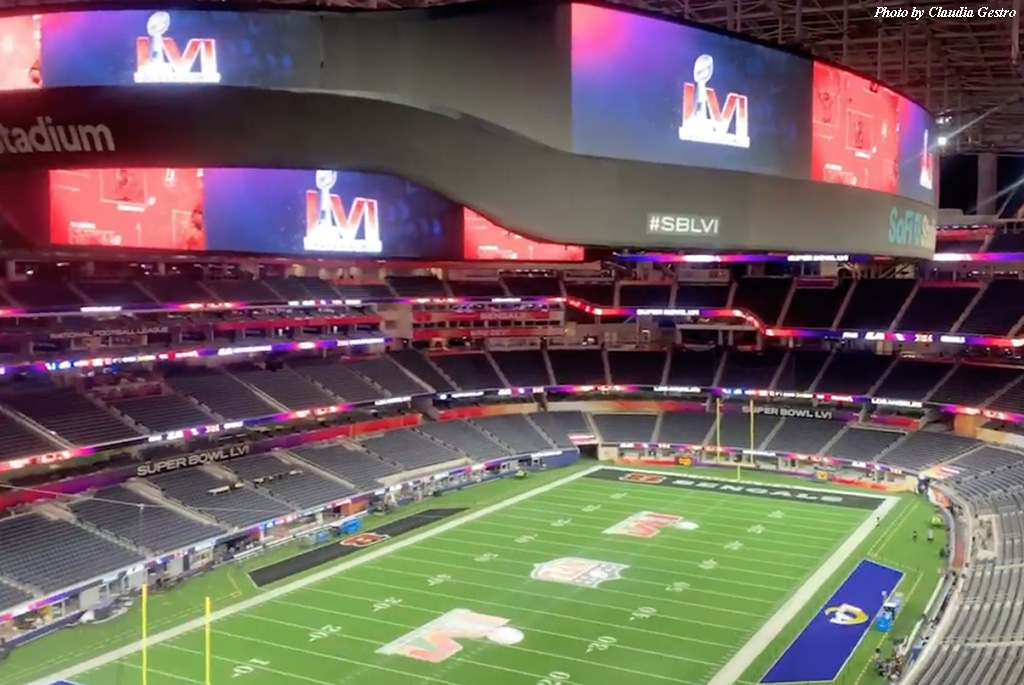