In what many are calling the most significant abortion rights ruling in decades, the U.S. Supreme Court struck down a Texas law that required health clinics to have admitting privileges and surgical center requirement — that required clinics to upgrade their facilities to be identical to hospital surgical suites — did nothing to protect women’s health, but did just the opposite by imposing “undue burdens” on women who are seeking a procedure that is one of their Constitutional rights.

Associate Justice Anthony Kennedy was the swing vote that made the decision 5-3 and he joined in with the majority opinion that was written by Justice Stephen Breyer, who wrote, “There was no significant health-related problem that the new law helped to cure. We agree with the District Court that the surgical-center requirement, like the admitting-privileges requirement, provides few, if any, health benefits for women, poses a substantial obstacle to women seeking abortions, and constitutes an ‘undue burden’ on their constitutional right to do so.”

In the dissenting opinions, Justice Clarence Thomas wrote, “The Court has simultaneously transformed judicially created rights like the right to abortion into preferred constitutional rights, while disfavoring many of the rights actually enumerated in the Constitution.”

In his dissent Justice Samuel Alito wrote, “Determined to strike down two provisions of a new Texas abortion statute in all of their applications, the Court simply disregards basic rules that apply in all other cases. The Court favors petitioners with a victory that they did not have the audacity to seek.”

Chief Justice John Roberts joined Alito’s dissent, which in effect would have sent the issue back to the lower courts. It was their belief that the two issues, admitting privileges and surgical center requirement, should be dealt with separately, rather than in one ruling. In his dissent Justice Thomas said he would have approved the Texas law.

What the decision shows is that regardless of who appoints the ninth member of the Supreme Court, there is a majority on the court that supports abortion rights. Also significant: Justice Kennedy has added an opinion in all the abortion cases that have gone before the court since he joined it in 1988. This is the first one in which he didn’t add an opinion. Court watchers and legal scholars are trying to figure out what that means, if anything.

Politically it as implications. So far Republican presumptive nominee Donald Trump hasn’t offered an opinion, but early in the primary race Trump told MSNBC’s Chris Matthews women should be prosecuted for getting abortions, if the procedure was illegal. He walked that back after receiving significant backlash from both the left and right.

Democratic presumptive nominee Hillary Clinton tweeted, “SCOTUS’s decision is a victory for women in Texas and across America. Safe abortion should be a right—not just on paper, but in reality.”

Speaker of the House Paul Ryan (R-WI) tweeted, “I’m disappointed in the Court’s decision. But our fight to protect women’s health & promote life will not stop here.” 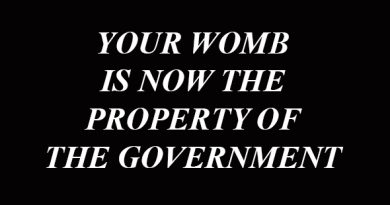