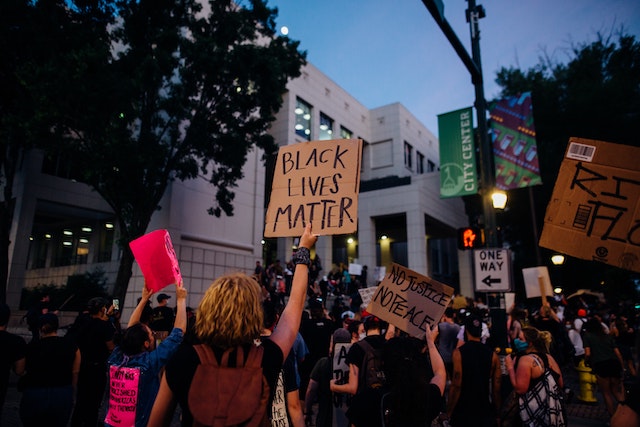 Photo by Kelly Lacy from Pexels

Photo by Kelly Lacy from Pexels

Just a few days ago, a mob of Trump supporters broke into the US Capitol. President Trump himself fired them up with some inflammatory rhetoric, then sent them marching toward the Capitol building, where Congress was going to certify Joe Biden’s Presidential election victory. Many of those in the group pushed their way into the building, causing Congress to go into hiding.

Several people died, including a police officer. Reports are coming out now that a second police officer committed suicide in the days immediately after this event.

Now, many people are comparing what took place to the Black Lives Matter protests from this past summer. It’s an interesting comparison and well worth discussing.

One thing is certain: there are many lawsuits and criminal convictions that are going to come out of both the BLM protests last year and this year’s insurrection attempt. Consider the video that showed a police car in New York plowing into a group of BLM protestors.

It seems likely that injured BLM protestors will try to sue the police department. Many of those lawsuits are already going forward.

In New York, drivers should have no-fault insurance, also called personal injury protection. Individuals that another driver hits can collect up to $50,000 to cover lost earnings, medical expenses, and other losses. If their verifiable losses are more than $50,000, they can bring a lawsuit for more than that.

This does not take the pain and suffering into account. It seems likely that some of the BLM protestors will experience PTSD, anxiety, and other conditions following what took place. Some of them will probably bring class-action lawsuits against the department.

However, the police will likely counter by saying the protestors were engaging in an unlawful assembly or something to that effect. What makes those arguments hollow is the dozens of videos from not just the New York protest but from many other cities and states. Many show police officers savagely beating unarmed protestors.

The mob of Trump supporters that stormed the Capitol did not meet any such resistance, at least not at first. Some DC police officers smiled at these demonstrators and even posed for selfies with them.

It was only once Trump’s supporters had pushed their way into the Capitol building and were roaming through the halls, looking for Mike Pence, Nancy Pelosi, and Chuck Schumer, that some of the police understood they needed to take action. This led to several violent confrontations and general chaos.

Ultimately, the National Guard came in to assist with getting the protesters out of the Capitol building, but they arrived much too late. Several individuals died under various circumstances, but at least they didn’t get their hands on any lawmakers.

The mob had erected gallows outside the building. One roamed the halls with zip ties, presumably to take lawmakers as prisoners.

The Difference Between the Two Events

The BLM protests went on for weeks and took place in many states. You might think at first that the Capitol riot was an isolated incident, except that when you look at it a bit closer, you’ll see that it wasn’t isolated at all. Think about the violence that took place in Charlottesville, Virginia, back in 2017, during the Unite the Right rally.

Many pundits continue to compare these two events, or movements, if you want to refer to them that way. They are similar in that there has been violence associated with both, but that’s pretty much where it ends.

Black Lives Matter is about people who feel rage because the police are appointing themselves executioners and committing violent or even murderous acts without consequence. The Capitol riot was a group of insurrectionists trying to disrupt the democratic process, supposedly this nation’s backbone.

The difference between the two groups, the BLM protestors, and Trump’s supporters, is quite easy to identify. The BLM groups frequently featured many African-American members. Trump’s supporters are overwhelmingly Caucasian.

It’s ludicrous to state that race has nothing to do with the different way the police treated the two events. It’s also yet another indication, not that we needed one, that race relations are still a huge issue with which this country continues to grapple.

Perhaps at least a few people will actually grasp and recognize this concept after the failed coup attempt. It’s probably not likely, though. Millions of US citizens continue to bury their heads in the sand regarding this particular issue.