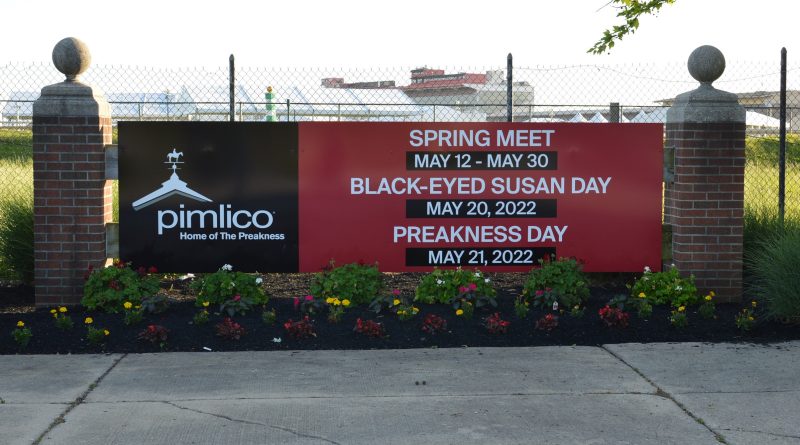 BALTIMORE — This Saturday, the 147th Preakness Stakes will be run at Baltimore’s historic Pimlico track without one very notable horse and the sport’s highest-profile trainer.

Rich Strike, who claimed victory as the second longest shot in history less than two weeks ago at the Kentucky Derby, will be missing, due to the sound judgment of his owners and trainers that he requires rest after the hard-fought race in Louisville.

The other notable absentee, of course, will be Bob Baffert. As anyone who follows the sport knows by now, the seven-time Preakness winner is in the midst of a 90-day suspension imposed by the Kentucky Horse Racing Commission resulting from Medina Spirit’s failed drug test after the 2021 Kentucky Derby. California and New York also made public announcements suspending the embattled trainer through reciprocity.

And after being pressed by Animal Wellness Action and the Center for a Humane Economy, the Maryland Racing Commission announced they’ll honor Baffert’s suspension in the Old Line State as well. We pressured the Authority out of concern that the welfare of the horses would be brushed aside just as last year, when Pimlico allowed Medina Spirit to run in the Preakness despite testing positive for illegal levels of betamethasone. Business as usual in Baltimore will not be tolerated this year.

There’s a stark contrast between Baffert, who insisted on pushing the envelope to inject Medina Spirit in last year’s Preakness, and the decision of the Rich Strike team to skip the Preakness Stakes to give their horse “more recovery time and rest.” This is a refreshing attitude and decision in an industry where the welfare of the horse has too often been an afterthought.

In recent years, even before the debacle of the 2021 Kentucky Derby, American horse racing has been plagued by scandal. Baffert’s most recent Triple Crown winner, Justify, was crowned after a failed drug test at the 2018 Santa Anita Derby. That matter was swept under the rug by the California Horse Racing Commission while its vice chairman had a horse in training with Baffert.

And the U.S. Dept. of Justice indicted 27 trainers, veterinarians, and other vested parties in the so-called “Sport of Kings” in 2020, followed by a scathing editorial the Washington Post published entitled “Horse Racing Has Outlived Its Time.”

Then we saw Medina Spirit himself drop dead of a cardiac event at Pimlico’s sister track, Santa Anita Park, last December – a venue that’s seen the body count of dead racehorses climb into the hundreds in recent years.

But that’s not all.

There’s also been further scandal with the mysterious death of Edward “Doc” Conner – more well-known in the world of harness racing – whose body was recently discovered in the woods in nearby Delaware. According to the Paulick Report, around the time of Conner’s death, he was the focus of a Delaware racing investigation into alleged illegal doping and drug distribution.

But horseracing faces troubles beyond doping, death, and dismay. The use of whips and the slaughter of off-the-track racehorses for human consumption overseas have also alienated many members of the betting public, yet the sport hasn’t taken the steps needed to rein in these abuses. Just last month, the New Jersey Racing Commission announced the reversal of a whipping ban after a number of jockeys created a ruckus and moved on to tracks in other states where the rules are much less stringent. Beating a horse around the track with a whip is not a visual that millennials and younger generations will tolerate. And they shouldn’t have to.

Fortunately, there is hope with the Horseracing Integrity and Safety Act. To its credit, The Stronach Group, which owns Pimlico and operates the Preakness Stakes, endorsed the new law, which goes into effect in July and just days before Baffert’s suspension ends. The measure bans the use of all race-day medication and creates a uniform national standard for drug testing and national regulations that address the use of the whip.

HISA is a big step in the right direction, but there’s still much more to be done. We long argued the enforcement arm of the law should use the highly trusted and regarded U.S. Anti-Doping Agency (USADA) to oversee drug testing nationally, but officials have chosen a lesser-known partner, Drug Free Sport International. And the new regulations finalized by the Federal Trade Commission (FTC) still allow the use of the whip in all fifty states.

American horseracing—and the Preakness Stakes itself—is at a crossroads. If they are to survive, then doping, whipping, and horse slaughter must end. The horses make the entire industry tick, and it’s time to put the animals at the center of the enterprise in the forefront of our consciousness.

Marty Irby is a former 8-time world champion equestrian who currently serves as executive director at Animal Wellness Action in Washington, D.C., and was recently honored by Her Majesty, Queen Elizabeth, II for his work to protect horses. Follow him on Twitter, Instagram, and Facebook @MartyIrby.