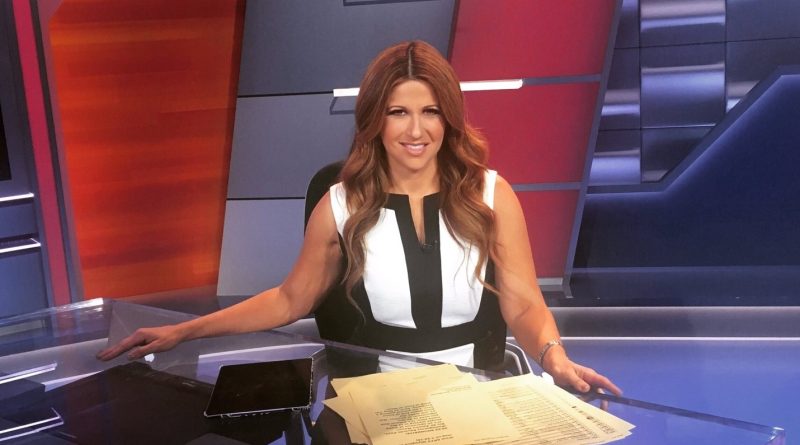 Rachel Nichols is one of the best to ever do it. She created and hosted a show with her name on it for CNN and CNN International. Unguarded with Rachel Nichols aired weekly to more than a billion viewers worldwide. She’s a two-time Emmy winner, plus garnered another nomination for “Best Host,” becoming only the second woman to be nominated amongst the 200 nominees in the award’s 42-year history.

Looking back at Unguarded with Rachel Nichols, it was a sports show unlike any other. The show was packed with memorable moments and the crème de la cream of athletic newsmakers. She sat down with Hall of Famers from every walk of life, as well as A-list celebrities. She prided herself on telling stories that started at the end of the game.

In 2013, Nichols joined Lebron James on a trip to China where James was candid with stories of getting used to his fame. The trip was bigger than basketball; it was a business trip to promote Nike, his other sponsors and boost his popularity. Nichols and her camera crew were the first broadcast cameras to witness the trip.  Nichols got access in multiple cities and unguarded responses from the NBA champion. James even allowed the camera crew to watch him work out. It was great TV with behind the scenes access to a trip James took for nine straight years, but not many people knew about.

Unguarded with Rachel Nichols also featured Yankees captain Derek Jeter when he had pipe dreams of owning a sports team. Today, he is a part owner of the Florida Marlins. The two sat down during spring training on the diamond in Tampa, Florida where Jeter admitted he wasn’t scared about leaving the playing field because he knew he would still be involved in the game in some capacity. Turns out he was right.

Rachel Nichols got tennis superstar Serena Williams to sit down with her in 2014. The two discussed Serena’s 18th career Grand Slam title, which she won at the U.S. Open. She was in awe of standing with giants such as Martina Navratilova and Chris Everett, never believing one day her name would be mentioned with their names. Serena opened up about pursuing the grand slam record and being the oldest player to hold a No. 1 ranking. You could tell Serena enjoyed her time with Rachel just as much as Rachel appreciated getting the interview.

Nichols spent time with Tiger Woods while he hit golf balls from one continent to another. Tiger confided that his teammates used to call him Urkel, because he was dorky. Pete Rose put his bravado on display when he told Nichols he ranked No. 1 on the list of all time baseball greats. This list goes on and one. She interviewed Jason Collins, the first NBA player to come out as gay. He said it had been incredible since he came out.

Nichols went toe to toe with boxing champion Floyd Mayweather discussing his much publicized record of domestic violence. While Mayweather claimed everything was hearsay and allegations, Nichols used factual base research as he pushed himself into a corner. She had commissioners and actors join the discussion. There was never a dull moment.

While with CNN, Nichols was also part of the TBS broadcasts for playoff baseball, TNT’s regular season, playoff and All-Star broadcasts for basketball.