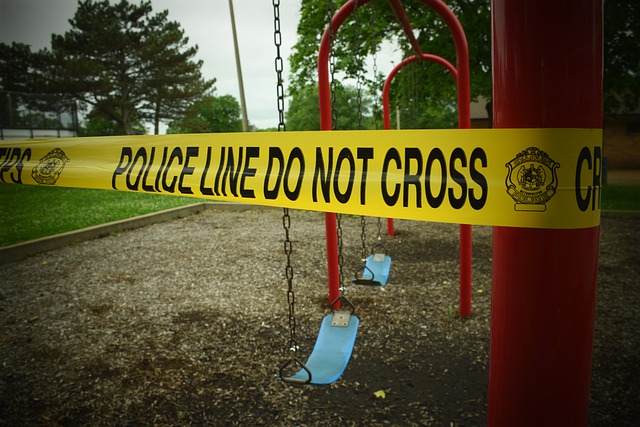 Image by Allison Barnett from Pixabay

Image by Allison Barnett from Pixabay

If you’re a woman who often travels alone, you’ve probably thought a lot about your personal safety. You may know how to defend yourself or what to do if you feel uncomfortable, but what if you witness a crime?

Recently in New York City, there was an assault on a woman in a subway station mid-morning. Her attacker pushed her to the ground and attempted to rape her. While the other people in the subway station screamed at the attacker to stop, and he did, it begs the question of what the right way to handle these situations is.

If there’s a situation like a hit-and-run that you witness, you don’t have the fear of intervening in a potentially violent situation. Instead, your focus would probably be more on gathering the relevant information and contacting the police.

Regardless of the specifics of the situation, what should you do if you witness a crime, whether you’re traveling or you’re close to home?

If you do nothing else when you witness a crime, make sure you call the police as soon as possible. Regardless of whether you intervene or not, this should be your initial step.

In some cases, there are witnesses to crimes that neither call the police nor intervene, and that’s worst-case-scenario.

There’s something called the bystander effect to be aware of as well.

This refers to situations where people are less likely to try and help a victim if other people are around. The more bystanders there are, the less likely any of them will help.

In a physical assault, you may wonder if you should intervene. There’s not a right answer to this question.

It may be that authorities would prefer you didn’t if there’s a chance you could be hurt as well.

If you’re comfortable with doing it and that’s a personal decision that you make, that’s going to be up to you.

Some colleges have started focusing on training students on bystander intervention, and as a result on campuses where those programs exist, reported sexual violence has gone down by as much as 50%.

Situations, where intervening could cause more harm, could include if the attacker has a weapon or if it’s a group of attackers. In those situations, you will have to consider your personal safety and the likelihood that getting involved could escalate the situation.

Some states have Good Samaritan laws. These require that you take action to assist someone if you can provide reasonable assistance and they could be suffering serious harm. However, reasonable assistance doesn’t refer to directly intervening as a crime is occurring. Instead, it usually means contacting emergency personnel.

If you witness a crime or even think you might be witnessing one, try to remember every detail about the situation and the perpetrator.

If you report a crime, you’ll be asked by the police to make a witness statement. Then, you may be asked to give evidence in court, and the authorities might keep you in the loop during the investigation.

If you experience something like a hit-and-run, you should use your phone to take pictures at the scene if possible. If the other driver is still there, take pictures of their license plate and the make and model.

However, your address won’t be given to anyone involved in the crime.

Under federal law, you may be obligated to report a crime, so keep that in mind as well.

What If You Witness Sexual Violence?

Sexual violence is unfortunately all-too-common, but there are things bystanders can do if they’re in a situation where they witness this.

It’s often recommended that you try to disrupt the situation if you feel that it’s safe to do so and try to call for help from other people around you.

If you do witness a crime, once you’ve contacted the authorities and you’re out of the direct situation, remember to take care of your own mental health. It can be as traumatic to witness a crime as a bystander as it is for the victims of crime in some cases.

Talk to a therapist or counselor if you’re feeling ongoing guilt, depression, or anxiety because of something you’ve witnessed.

Also remember just to do the best you can, because there are some situations where it’s simply not safe for you to step in physically.