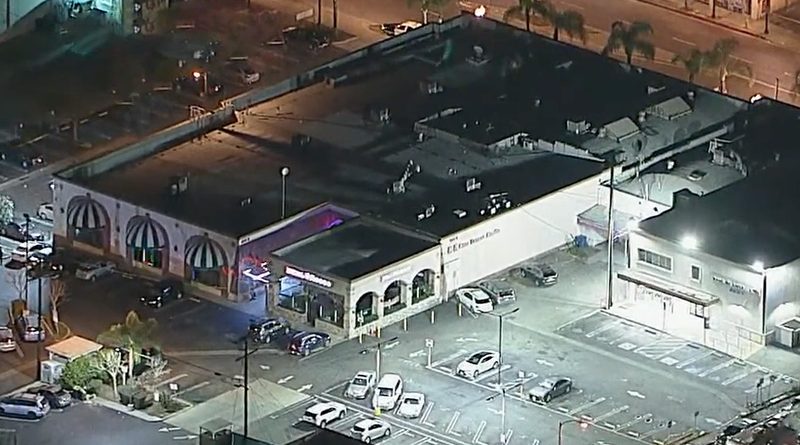 Lately my thoughts and energy have been on the climate crisis. Here we are, a week after a massive storm front that atmospheric river dropped many inches of rain all across California — almost 12 inches from the beginning of this stormy weather. That’s about 6.5 inches above normal. Escondido, which is in North San Diego County, got 5.57 inches.

Someone was at Black’s Beach a few days ago when the cliffs above the beach collapsed — and they recorded the event. It’s nature and therefore beautiful and scary at the same time. As far as I know, there weren’t any injuries or fatalities.

As a species … well, let’s not unjustly put a blemish on all human societies … As Europeans or European descendants  we are extremely arrogant when it comes to our relationship with this planet. We think we are masters of it all because it says so in some allegedly holy books. So, when cliffs like those above Black’s Beach come down, they bring down whatever human-made structures with it. In this case it was some trails along Torrey Pines State Beach so those are closed for now.

Beach life is occasionally dangerous. Many years ago some much bigger collapses occurred at these cliffs, taking some property and structures — including some very expensive homes — down to the bottom. “What can we do about it?” was the terrified question. People paid tens of millions of dollars for that exclusive property with the one-of-a-kind ocean views.

The truth is, you — we — can’t legislate or engineer against nature. When we get the right amount of rain in a short period of time, plus large waves and beach erosion, the cliffs are coming down, whether we like it or not.

But as big as that news about the collapsing cliff was, the biggest news is the mass shooting in Monterey Park. It was the Lunar New Year, for most Asian countries the Year of the Rabbit. For Vietnamese Tết Nguyên Đán, Tet for short, is the Year of the Cat.

Millions of people across the U.S. — billions around the world — celebrated the New Year. At the Star Ballroom Dance Studio in Monterey Park hundreds of people gathered to dance the New Year in. Then, at 10:20 pm a 72-year-old man entered the ballroom and began firing, Ten people killed, ten more wounded. It was the 33rd mass shooting this year — THIS YEAR. That’s 1.57 mass shootings per day. At that rate we will have over 573 mass shootings in 2023.

The killer in Monterey Park had a Mac-10 machine pistol with an extended capacity magazine, which is illegal in California. But, any enterprising mass murder enthusiast can go to the right gun show — and we have lots and lots of gun shows in California — or we can take a trip to Nevada were just about anything goes when it comes to firearms.

Before we can wrap our heads around the mass murder in Monterey Park, a second mass shooting happened in Half Moon Bay. That’s one of the loveliest places in California. It’s a beautiful setting and it’s close to Maverick’s Beach, which gets some of biggest, and most dangerous, surf in the world. Only the most qualified big wave surfers should be allowed to surf there.

The shooter in Half Moon Bay was of retirement age, like the shooter in Saturday’s massacre. Other than that, there were no similarities between the two. Well, there is the fact that guns are much easier to get than a driver’s license and regardless of California’s strict gun laws, most gun enthusiasts know how to get around them.

Haven’t we heard this song before? Many times before? When is enough enough? Mass Murders are good for the firearms industry. Gun sales spike after publicized mass murders, especially for mass murder weapons like the AR-15 and the Mac-10.

Back in Southern California, the police raided the shooter’s home and found hundreds, maybe thousands, of rounds of ammunition. The killer apparently kept himself busy making silencers. He was industrious.

I’m not against guns, nor am I living in fantasy land. There are many firearms and gun accessories that are banned in California, but some Californians still have them and no amount of reward money for those who turn in the illegal weapons and accessories will get them to budge.

If I were to own any more firearms, or more accurately own firearms again I would choose two, both from Smith & Wesson. The 1911SC-E series semi-automatic and the Model 629 Classic .44 Magnum, the same one — or similar to — the one used by San Francisco Detective “Dirty” Harry Callahan in all those “Dirty Harry” movies. “But being this is a .44 Magnum, the most powerful handgun in the world and will blow your head clean off, you’ve gotta’ ask yourself a question: ‘Do I feel lucky?’ Well, do ya, punk?”

Classic movie line of dialogue from a couple of classic Clint Eastwood movies.

Here’s the downside of owning firearms, for me, admittedly, but it’s valid: If I own firearms then I have to keep them in good shape, which means getting two brushes. One for each of the barrels, the right lubricant and cleaning clothes and shoot and clean the guns at least once per week, or every other week at least. The cost of fresh new rounds for either are going to run $55-60 dollars per 50 round box. Reloads would be cheaper and even cheaper still, reloading the shells myself. Let me be really fucking clear: I’m too damn lazy for all that work and spending all the money.

When I was in the U.S. Marines I often carried a Colt Model 1911 .45 semi-automatic side arm while on duty, so I would like that S&W version for purely sentimental reasons. The .44 magnum, well, I just love the look of that monster. I used to own a Ruger Blackhawk .357 magnum, but I ended up trading it away for a quarter pound of some really primo marijuana. It seems like a good trade for me.

No, I’ll stick to a clean and razor sharp KA-BAR. That’s more than enough nostalgia for me. I could even find a practical use for it … or not.

Of course if I buy a KA-BAR I’ll have to buy a cleaning kit and KA-BAR sharpener. And again, work is involved to keep it in shape. I have stripped down and cleaned my share of M-16s and .45 semi-automatics, plus cleaned and kept in tip top condition my USMC-issued KA-BAR.

So those are my gripes about owning firearms, the cost and work involved. Same with the KA-BAR. I know people who just love breaking down and cleaning firearms and knives. In the Marines we could do it blindfolded because we learned a specific sequence and placement of the various parts on a mat or towel. It became second nature. I have shed that nature thingy and am quite comfortable without any firearms or KA-BARs. But I do not want assault weapons in the hands of civilians. We don’t need them or large capacity magazines, or bump stocks or any of the other accessories that make the Bushmasters look so inviting.

Congress should ban them, have President Biden sign the bill and this time don’t give it a sunset date, as in a date when the ban ends. The government won’t get all the assault rifles that are already in the hands of citizens, not even 10% of them, but at least they would stop getting manufactured. Have a nation-wide ban on high capacity magazines, bump stocks and other accessories. Again, the government wouldn’t even get 10% of the items that are already out here amongst our fellow citizens, but at least they would no longer be manufactured, at least not for the U.S.

One of the wounded from Monterey Park has died from their wounds. So that’s now 11 dead.

When are we going to stop this carnage? Enough is enough already. A super majority of the American people want sensible gun safety laws, like national registration of all firearms, ban on assault weapons — not all semi-automatic guns, just the military style assault weapons. I once had a semi-automatic .22 rife. It didn’t look anything like an assault weapon. It was for target practice and maybe small prey like rabbits and squirrels and such.

One time I did shoot a squirrel and realized I wasn’t going to skin it, take out all of its internal organs, cook it then eat it. So I told myself I would never kill another animal again. I went deer hunting for sure, but really, I was going along for a nice walk through the woods.

As I’m sitting here we are now up to 38 mass shootings so far this year.

The shooter in Half Moon Bay murdered people in front of children. How will they be scarred for the rest of their lives? We don’t just “get over” that type of trauma. We can expect some, if not all, of them will have Post Traumatic Stress Disorder — PTSD. It will take them years of therapy to try and manage the fear and horror that returns every night and every day to torment us; for days, weeks, months and years.

When is enough enough?

Amazon Rainforest Could Be Gone in 30 Years