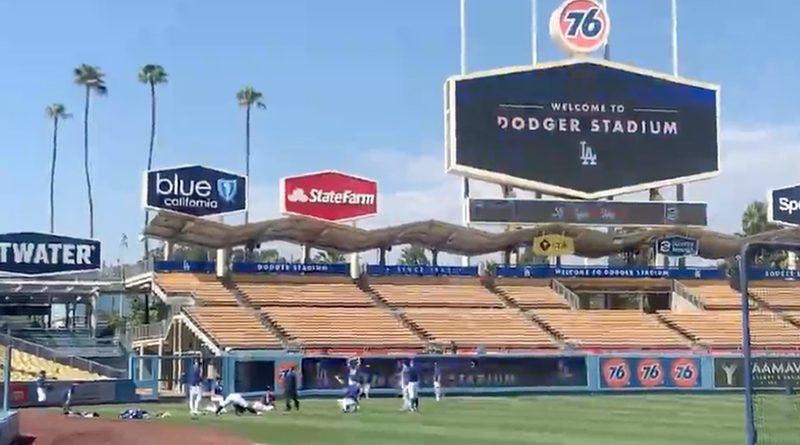 As Dodger fans get ready for the last month of the season, they should be excited to see their team owning the best record in Major League Baseball.

Looking at the standings: As of this writing the Dodgers have an 86-37 record. The next closest team is in the American League West: The Houston Astros.

In the National League the New York Mets have the next best record with 79-46. While that’s not a very big lead, it would take a reversal of fortune by the Dodgers for the Mets to overtake Los Angeles.

In the National League West their nearest rivals, the San Diego Padres, are 19.5 games behind Los Angeles, with a record of 68-58. The Padres have a very good chance of ending the regular season with a winning record, but they won’t catch up to the Dodgers, who have already secured a winning record for 2022.

What is going so well with the Dodgers? The addition of Joey Gallo in the outfield, who has displayed not only great offense, but spectacular defense as well. Also of note: the return of starting pitcher Dustin May who scorched the Miami Marlins in his first game back from the injured list. He pitched five shutout innings, giving up just one hit and one walk, with nine strikeouts.

Andrew Heaney has had some solid outings. In his last start, against the Milwaukee Brewers, Heaney pitched six innings, giving up just four hits, one walk and two runs. But he also had 10 strikeouts.

Two of the Dodgers other starters, Tyler Anderson and Julio Urías have 13 wins. Urías has an ERA of 2.36 and Anderson’s ERA is 2.73. It’s safe to say the Dodgers have the best pitching in baseball.

The Dodgers’ hitting is third in baseball with a combined batting average of .262. As a team they have hit 163 homeruns — fifth in the majors. Combine that level of offense with great pitching  puts the Dodgers at the very top of baseball.

In his last five games Gallo has gotten on base seven times; three with hits and four walks. He has become very reliable.

Trayce Thompson, who is back with the Dodgers, has also become reliable, getting on base six times, five of those with hits. Thompson has five RBI in the last week.

Both Mookie Betts and Cody Bellinger have 11 stolen bases and Freddie Freeman has 10. Plus, both Freeman and Turner lead the league in hits with 156.

On Friday the Dodgers will start a road trip in Miami against the Marlins, and then it’s on to New York to face the Mets .

Then it’s back home to face the Padres and Giants — and then Los Angeles goes to San Diego for three games at Petco Park. They will face the St. Louis Cardinals three times at home before heading back to San Diego for a three-game series.

The Dodgers finish the season at home with six games against the Colorado Rockies.

A lot can happen in the final weeks of the season, but right now the Dodgers don’t show any signs of slowing down. Should they finish the season with the best record in baseball the Dodgers will start every postseason series at home. That can be a big factor in how well they do in the playoffs.

NFL from AFC to NFC and through the weeds